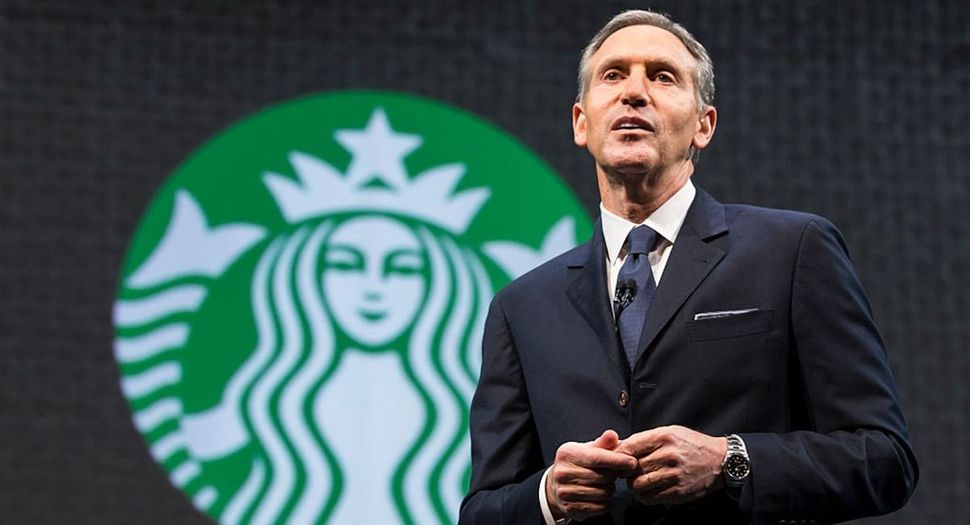 It’s a pretty reliable rule of thumb that if you’re thinking about comparing something to the Holocaust, you should, instead, do literally anything else.

Howard Schultz, Starbucks’ chairman emeritus, became the latest to put his foot in his mouth in this specific way while trying to deter employees from unionizing, according to an article published Monday in the New York Times. According to the Times, which obtained a transcript of the speech, Schultz related a story to company employees about how concentration camp prisoners had shared blankets when there were not enough for everyone.

“So much of that story is threaded into what we have tried to do at Starbucks is share our blanket,” Mr. Schultz said, according to the Times.

The speech came with only a few days left before workers at three Buffalo locations vote on unionizing. With no corporate-owned locations currently unionized, Starbucks has spared no expense to hold the line, flying in company officials from out-of-state to address problems at the stores, mounting several legal challenges to the vote and eventually sending Schultz, the former CEO who is still the company’s biggest shareholder, to Buffalo for a town-hall style event. Buffalo area stores were closed for the day so employees could attend.

Schultz, who is Jewish, never referred to the unionization vote explicitly, according to the Times. But some of his allusions to the issue were thinly veiled, and others — as in the case of the Holocaust story — mystifying. (Video of the speech begins at the 43:37 mark of the video below.)

“Many years ago, I took a trip to Israel and I met this very wise, pious, religious man,” Schultz said, per a transcript posted by the author of the Times article, Noam Scheiber. “He taught me many lessons not about religion but about life, about morality, about honor.”

Schultz continued, “When people in Germany and in Poland were sent to the concentration camps, they were thrown into rail cars and sometimes the journey was eight hours, 10 hours, 15 hours, no light, no water, no food. When they arrived at the camps, the rail cars were slammed open. You could hear that metal door just right against the cold weather. Men were separated from women and women were separated from children.

“And one person for every six was given a blanket. One blanket for every six people. And the person who got the blanket had to decide what to do with this blanket that I had for myself. And not everyone but most people, most people shared their blanket with five other people. And the rabbi says to me take a blanket and go share it with five other people. And so much of that story is threaded into what we have tried to do at Starbucks is share our blanket.”

Schultz’s comments seemed to miss the mark with employees — one told the Times “it wasn’t a very appropriate analogy” — and it was widely condemned and ridiculed on social media.

“If Philip Roth made it up we’d call it obvious satire,” one poster remarked.

In a second story, Schultz went on to describe a visit to the Western Wall. The rabbi who brought Schultz stopped short of the wall, saying he wasn’t worthy to touch it. Instead he pushed Schultz to the wall and asked him to pray on his behalf.

He then concluded the speech.

“This company is representative of so much more than coffee,” he said. “It’s about humanity, community, and love when we get it right.”