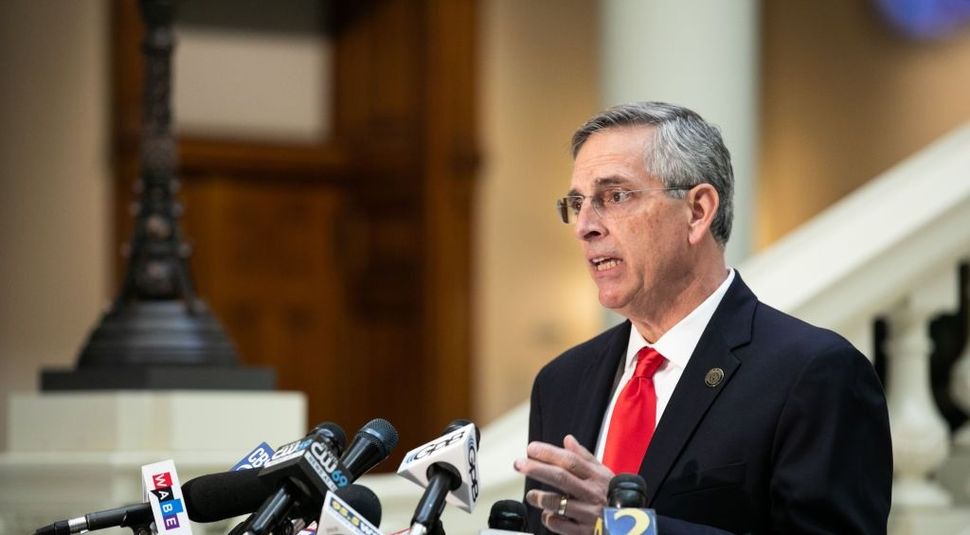 Georgia Secretary of State Brad Raffensperger holds a press conference on the status of ballot counting on November 6, 2020 in Atlanta, Georgia. Image by Jessica McGowan/Getty Images

Brad Raffensperger, the Georgia secretary of state attacked by former President Donald Trump and his allies for certifying the election in his state for Joe Biden, still calls himself a proud Republican. But he’s longing for more moderate leadership for his party and the nation.

He points to Israel, with its new, diverse governing coalition as a working model.

“Israel has probably 15 political parties and they chose this coalition government to figure out how to get along and how to move forward,” Raffensperger said in a recent interview. “Let’s try and build — like they do in Israel — coalitions that improve the lives of all Americans.” 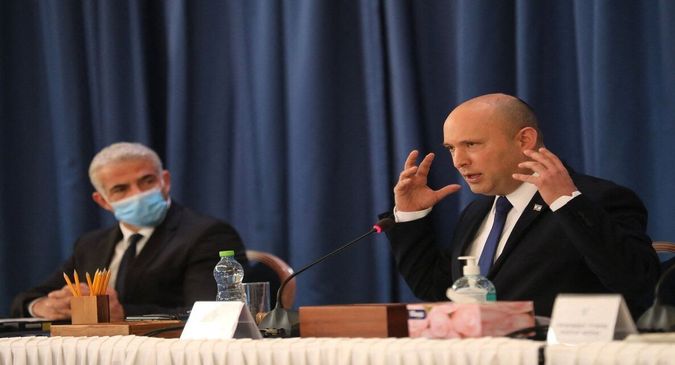 In the year since Trump’s forceful and public pressure on him to overturn Georgia’s election results, Raffensberger has spoken candidly, in interviews and in testimony before a House committee investigating the Jan. 6 riot at the Capitol, where the former president’s supporters tried to stop the certification of votes.

“What we were facing last year was just a huge disinformation campaign, but it was never supported by the facts,” Raffensberger said. “And it really caused an awful lot of strife and stress throughout our society.”

In Georgia, the campaign to cast doubt on the integrity of the top state officials has intensified in recent days with former U.S. Sen. David Perdue’s primary challenge of incumbent Gov.Brian Kemp. Perdue has the backing of Trump and has said he would have overturned the results. Raffensperger is facing his own primary challenge from U.S. Rep. Jody Hice, a Trump loyalist.

While he is still being snubbed by Republicans who voted for Trump, Raffensperger said he has no choice but to stand up for truth and protect American democracy. He recently published a book titled “Integrity Counts.

Republicans, he said, need to return to a more civil approach to politics if they want to grow the party and continue to win elections. He said the GOP can increase its support from American Jews with a more aspirational, positive message of liberty, religious freedom and economic opportunity. He again offered Israel as an example of a nation guided by these values.

Last week, he said he was honored to light a menorah for the first time at a Hanukkah event hosted by the Israeli Consulate in Atlanta.

“The Jewish people have always been a hopeful people,” Raffensperger said .”And today we have something to celebrate — the State of Israel that is the shining light in the Middle East.”

Raffensperger’s support for Israel goes back to his time as member of the Georgia House of Representatives. In 2017 he was the prime sponsor of a resolution to promote ties between the state and Israel and to affirm Georgia’s unwavering support for Israel. In 2018, he co-sponsored a resolution that celebrated Israel’s 70th anniversary.