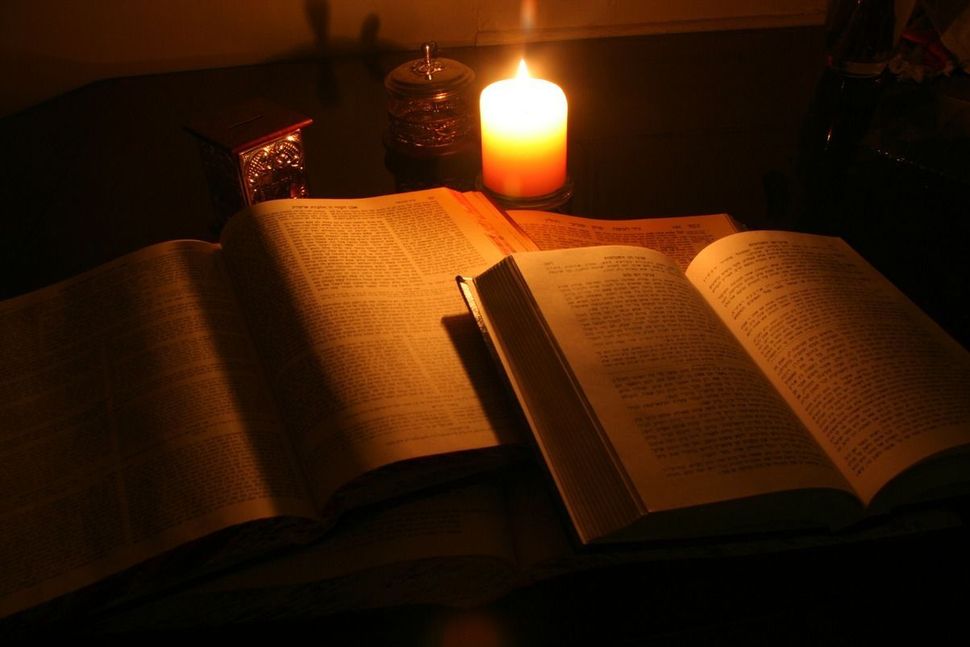 Rabbi Velvel Belinsky says that making the Jerusalem Talmud more accessible is a good thing because the Messiah is coming. Photo by Shmulitk/iStockPhoto

Most people who study Talmud go with the Babylonian one, and pay scant attention to its older, more difficult cousin — the Jerusalem Talmud.

Sefaria, the non-profit library, released a new, online English translation of it this week in hopes that more people will delve into the challenging compendium of Jewish law.

It’s free. And its passages link to those in Babylonian Talmud and other texts to give readers context. Sefaria also provides a vocalized version of the text, to familiarize readers with the particular Aramaic dialect of Jerusalem Talmud, which is also known as the Palestinian Talmud or the Yerushalmi.

“I really believe that we are changing the way that the Yerushalmi will be learned,” Lev Israel, Sefaria’s chief data officer, said in a statement. “People who come to learn Talmud in the coming years and the coming generations will not look to the Yerushalmi as an inaccessible or obscure book, but as something that is near at hand and that they can understand.”

The Jerusalem Talmud, compiled in Northern Israel between the 3rd and 5th centuries, includes long, narrative portions not found in the Babylonian Talmud, which features more complex debates, Rabbi Jill Jacobs has written.

Sefaria’s new edition highlights both subtle and significant differences between both Talmuds, and will allow learners to “enjoy parallel versions of stories,” that shed light on each other, according to Sara Wolkenfeld, Sefaria’s chief learning officer.

The new online version relies on a translation completed in 2015 by Heinrich Guggenheimer, a German-born Swiss-American mathematician, who died in March after spending 20 years on the text. Guggenhiemer’s publisher, De Gruyter, agreed to partner with Sefaria on its new project.

The new translation is enjoying some strong reviews.

“Happy news, Jewish text nerds: @SefariaProject now has the Yerushalmi/Jerusalem Talmud online in English, which is great because it makes a key text more available to more people and also oh, some lines of just achingly great beauty,” Rabbi Danya Ruttenberg, scholar in residence at the National Council of Jewish Women, tweeted.

Happy news, Jewish text nerds: @SefariaProject now has the Yerushalmi/Jerusalem Talmud online in English, which is great because it makes a key text more available to more people and also oh, some lines of just achingly great beauty. pic.twitter.com/pnQbtqY3p6

But not everyone loves it.

Laliv Clenman, a senior lecturer in rabbinic literature at Leo Baeck College in London, said while she appreciates how Sefaria is trying to make the Jerusalem Talmud available to a wider audience, she also challenges the idea of translating it in the first place.

“I would venture to say that none of the translations of Yerushalmi is always or even regularly helpful,” Clenman said. It’s destined to remain obscure and “the antithesis of the easily digestible.”

“I value embracing its inherently and contextually challenging nature,” she continued. “It is in this difficulty that valuable learning experience resides.”

For those who want to study the text, she recommends Menachem Katz’s Yerushalmi Qiddushin. It’s in Hebrew. “So accessibility there remains a problem,” she said.

Lev Taylor, a trainee rabbi who has studied under Clenman, tweeted that the poetic language of the Jerusalem Talmud gets lost in the new translation. He noted that “the sun taking itself to a trough” is reduced to “sundown,” and the “close of an eye” to “moment.”

He added: “It is so wonderful that this is accessible now to so many.”

It is so wonderful that this is accessible now to so many. But also to speak up in favour of learning the original language: the word translated as “moment” is literally “close of an eye” and the word for “sundown” is literally “the sun taking itself to a trough.” So gorgeous

Rabbi Velvel Belinsky at the ARIEL Jewish Center and Synagogue, a Chabad congregation outside Baltimore, agreed that making the Jerusalem Talmud more accessible is a good thing — because the Messiah is coming.

“The Babylonian Talmud is most studied in our Jewish education systems, but this is because we, from a lower perspective, are more capable of grasping it,” he said. “When the Mashiach comes, we will be using the Jerusalem Talmud because we are going to be at a higher level. We will need to read it, so now is actually the right time.”

In 1289, Rabbi Jehiel ben Jekuthiel Anav hand-copied the oldest and only surviving complete manuscript of the Jerusalem Talmud, which was then printed for the first time in Venice in 1524 by Daniel Bomberg, a Christian printer of Jewish books.