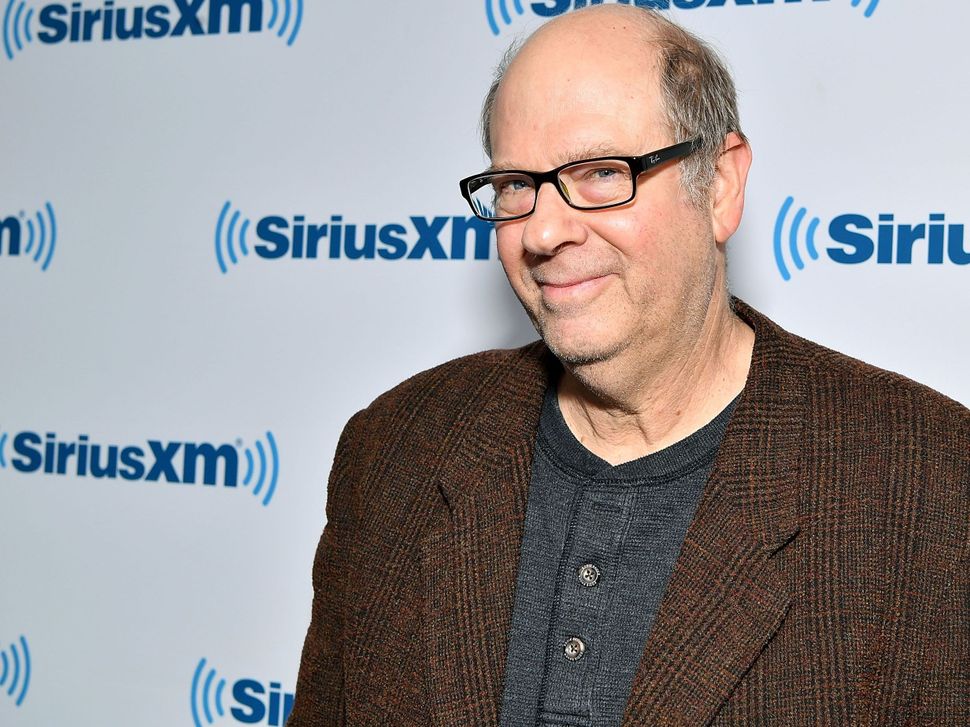 The 70-year-old actor, known for his turns as a folksy insurance salesman in “Groundhog Day” and a hapless tech sociopath in “Silicon Valley,” has written two books, hosts a podcast and is now debuting an audio play chronicling his friendship with a Holocaust survivor and his own journey of grief. Produced by LA Theatre Works, it’s called “A Good Day at Auschwitz,” and is in fact unsparing when it comes to the many, many bad days. The show is just one part of a late onset spiritual development in a life whose arc he likens to the Five Books of Moses. In explaining it, he started with his own origins, or “Genesis.” 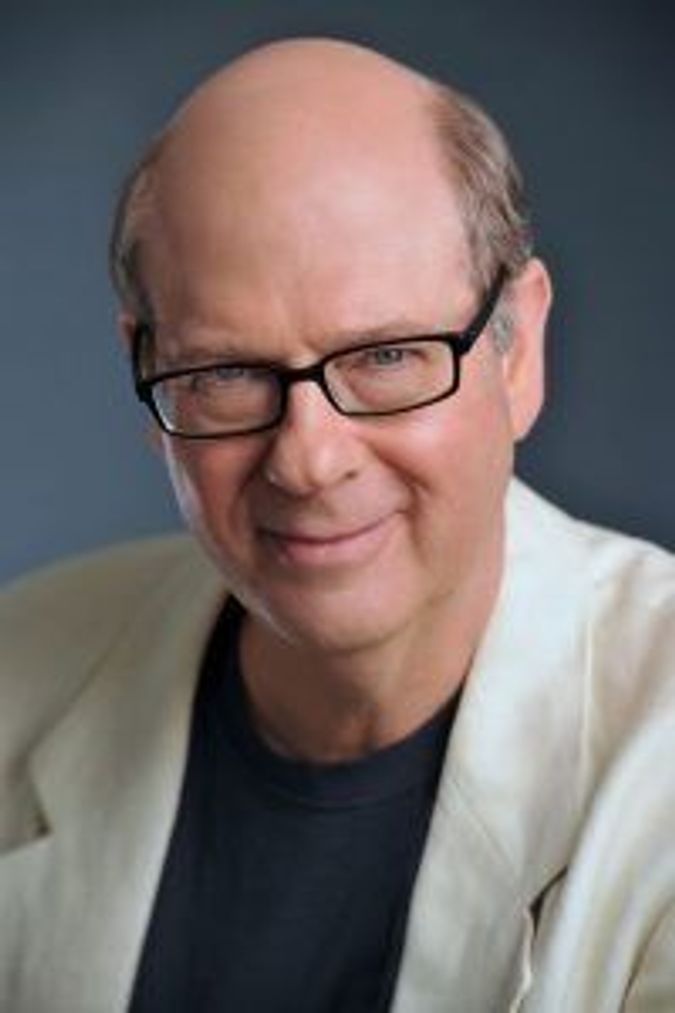 Tobolowsky grew up in the Oak Cliff neighborhood of Dallas. His grandfather was one of the founders of the city’s Orthodox Congregation Tiferit Israel. But his religious observance didn’t match that pedigree.

“We weren’t even really Reform,” Tobolowsky tells me from his home in Los Angeles. “There were members of the Nazi party — I mean the people who paid the dues, who took Stormtrooper magazine, who had a bust of Adolf Hitler in their den and German flags. There were more people like that in my community than there were Jews.”

His parents were very wary of antisemitism, and so they kept a low profile when it came to outward shows of faith. When Tobolowsky moved to LA, he promised his mother he’d go to shul. It wasn’t until the ‘90s when he really made good on the promise — what he calls a “Leviticus moment” of midcourse direction, urged on by fellow actor Larry Miller. Tobolowsky started learning from a rabbi operating out of a house in Studio City, studying the Torah scroll’s letters on the bimah on days when there wasn’t a minyan.

In 2007, catastrophe struck. Tobolowsky’s mother died and saying Kaddish became his daily ritual at Adat Ari El in North Hollywood. One morning an 80-something-year-old guy shuffled up to him. He guessed Tobolowsky was there for his mother just from the way he said Kaddish. That encounter grew to a years-long friendship between Tobolowsky and the man, Abe Sarna, who survived three years in Auschwitz and regularly plied Tobolowsky with early morning shots of Canadian Club and stories. The stories were often bawdy, sometimes chilling with their insight into human cruelty and surprising in their demonstrations of kindness in the midst of wholesale murder. 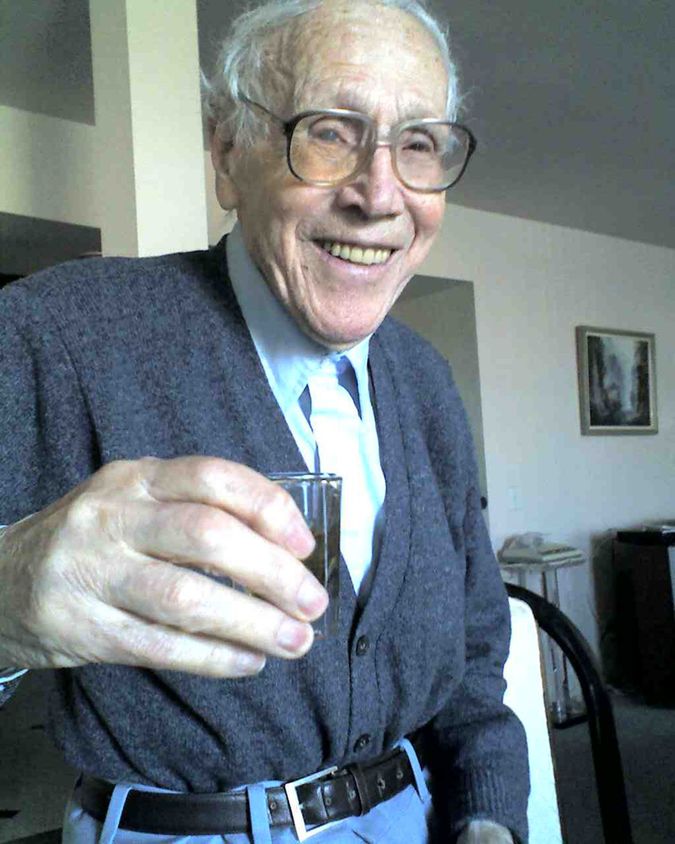 Abe Sarna was a regular at morning minyan — and a killer card player who loved schnapps. Photo by Stephen Tobolowsky

“A Good Day at Auschwitz,” which had a previous life on two episodes of Tobolowsky’s podcast and chapters in his 2017 book on faith, “Adventures with God,” follows Sarna’s remembrances of the death camp and his youth in a small town in Poland. But while Sarna’s life is remarkable — and he’s wonderfully rendered by veteran actor Alan Mandell — casual fans of Tobolowsky might be struck by just how Jewish the play is. In it, the actor-writer, who portrays himself, unpacks the meaning of the word “tzedakah” and cites Barry Holtz of the Jewish Theological Seminary. When he came on my Zoom screen it all clicked.

Framed by huge, voiceover-grade headphones and a tad obscured by the windscreen of his microphone (a “high mediocre” audio setup), Tobolowsky was also backed by books. Dark-spined books that I suspected, and later confirmed, were books of Talmud and Midrash and chumashim. He started reading Talmud around 2008, after falling off a horse in a strong gust of wind near an active volcano in Iceland, causing what was referred to, quite ludicrously, by a doctor as “a fatal injury,” a neck broken in five places.

With his trademark zeal, propelled by gasps over the wonder of the “box of jewels” that is his heritage, he pulled out a volume of the Commentators’ Bible (“the Reader’s Digest of Wisdom”). Right now he loves an exegesis of Nachmanides on the first word in Exodus.

“It’s mind boggling, the inner stories of stories,” Tobolowsky said, “but you know, you wouldn’t know it without a scorecard.”

At times, it was hard to keep up with Tobolowsky’s own stories. He’d circle back and wonder how he got from point A to B, but seemed very excited to be picking up a Jewish theme. He loved telling me about his recently wrapped film, “[email protected],” a comedy by director and pop punk idol L.E. Staiman, who is Orthodox. Tobolowsky marveled at how the devout production staff “started smoking doobies around lunchtime” and kept a rare Shabbat-observant set.

That story of shomer production and kosher weed quickly careened into one in which Tobolowsky spoke of pulling a reverse Sandy Koufax, working on Yom Kippur to finish a complicated season finale of the rebooted “One Day at a Time,” a beloved sitcom that was regularly under threat of being cancelled. When he decided to come in to shoot, Norman Lear hugged him and they traded tales of Yom Kippurs past.

With Sarna, Tobolowsky was in the position of chronicler, taking notes as his drinking and poker buddy held forth about his the ghetto, the judenrat, the “bastards” who killed because they could and the unexpected love he found in the camp. For once Tobolowsky wasn’t the biggest character in the room. In fact, for a time in their acquaintance he couldn’t even speak due to a vocal cord injury that required surgery.

“He loved it when I couldn’t talk,” Tobolowsky said. “Then he had the full stage.” 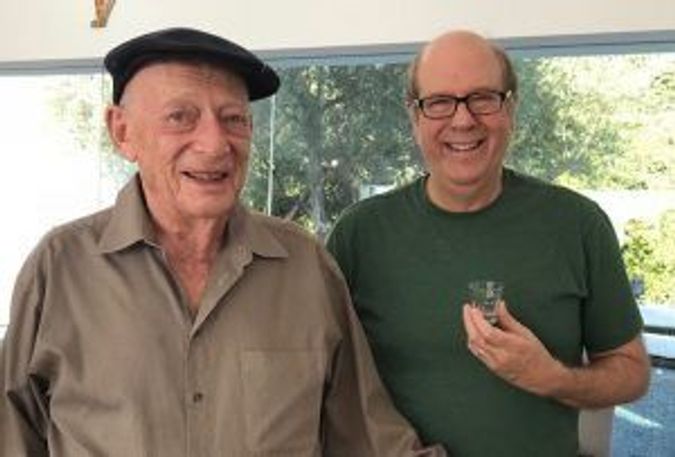 Alan Mandell and Stephen Tobolowsky
at the first (pre-pandemic) reading for
“A Good Day at Auschwitz.” Photo by Ann Hearn Tobolowsky

Tobolowsky, referring to the Five Book-structure of our lives, locates Abe’s experience in the Book of Numbers, with love and loss. But in sharing it with the world, he’s doing the work of Deuteronomy, sharing the story with the next generation and an act of remembrance.

While recording the play had its challenges — he and Mandell weren’t even in the same room for audio considerations, not COVID ones — collecting memories from Sarna was easy. Yet the ending only came to Tobolowsky after Sarna passed away in 2010.

During one of their first lunches together, Abe told a story about a tallis two men found in the woods and each argued over who should keep it based on who gave more money to the shul or who studied more Torah. He asked Tobolowsky if he knew who got it, not knowing it himself.

Over a year later, Tobolowsky would learn that Sarna first heard this story in cheder the day the Nazis invaded. His teacher rushed out and they never finished the lesson.

One day Tobolowksy found this exact story in the Talmud. He had his answer and his ending. And all of it came out of chance.

“It is amazing,” he said. “And accidental! If it hadn’t been for catastrophe, it wouldn’t have happened.”