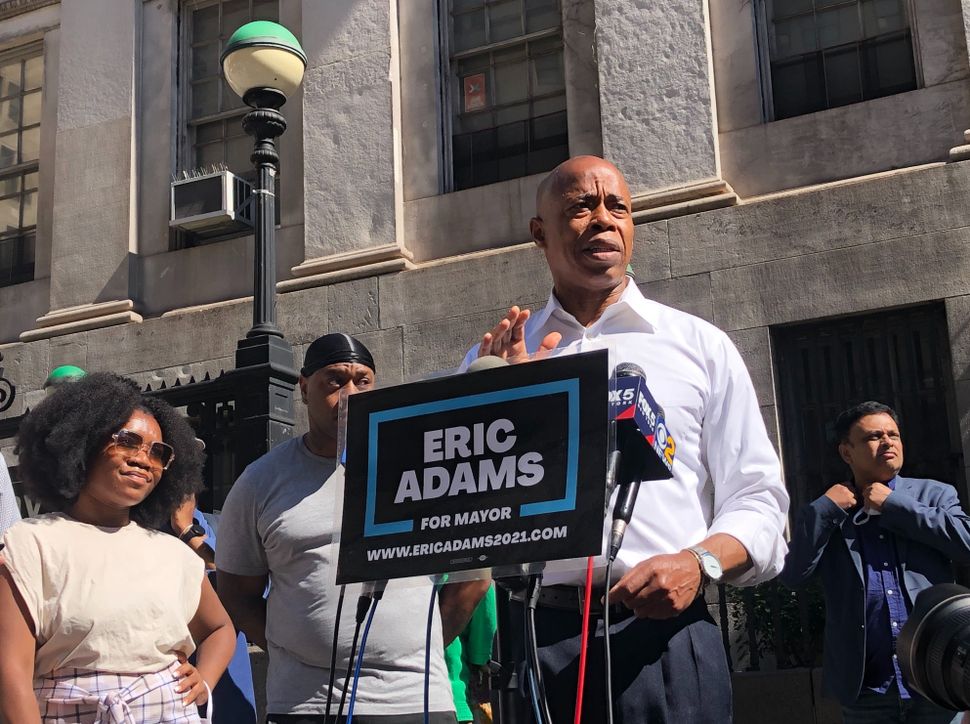 Eric Adams, the incoming mayor of New York City, has moved his inauguration on Jan. 1 — a Saturday — from noon to the evening out of respect for Shabbat observers, his aides said on Tuesday.

The swearing-in ceremony traditionally takes place at 12 p.m. on the first day of the year in the plaza outside City Hall in downtown Manhattan and draws thousands of spectators — from ordinary New Yorkers to community leaders to high-ranking national and local officials. After taking the ceremonial oath on the steps of City Hall, honored guests get to greet the mayor and pose for pictures.

Holding his inauguration on Saturday evening, after nightfall when Shabbat is over, will allow observant Jews to also take part in the festivities. Adams will formally take the reins from the current mayor, Bill de Blasio, at midnight on New Year’s Eve during a private ceremony.

That swearing-in will take place at the historic Kings Theatre in the Flatbush neighborhood of Brooklyn. Others who won on Election Day will also take office at the theater, including Brad Lander, the incoming comptroller, who is a member of the Reform congregation Kolot Chayeinu/Voices of Our Lives in Brooklyn, and Jumaane Williams, who was reelected as the city’s public advocate.

Adams received significant support from Orthodox voting blocs in June’s competitive Democratic primary and attributed his victory to them. This community stepped up big time,” Adams remarked to leaders of the Flatbush Jewish Community Coalition, who had endorsed his mayoral bid instead of supporting former presidential candidate Andrew Yang, who also aggressively courted the community.

“Many people that I’ve known for a long time, they walked out of the room,” he said. “Not you. You walked into the room and said, ‘Eric, you are not a new friend, you are an old friend, and friends don’t forget friends.’”

In the general election, despite his general popularity among Orthodox voters, Adams garnered far less than half — 39% — of the vote in the 48th Assembly district, home to the city’s largest Orthodox population. Following his election, Adams told the Forward that he would work hard to represent the Black, Latino and Orthodox coalition that supported him.

Some of Adams’ closest advisers are Orthodox Jews, including Menashe Shapiro, a consultant to the campaign; and Joel Eisdorfer, a longtime ally from the Hasidic community in Borough Park. Both serve on the transition team’s committee on appointments.