‘This is the time to unify’: Eric Adams ally meets with Orthodox leaders after bitter primary battle 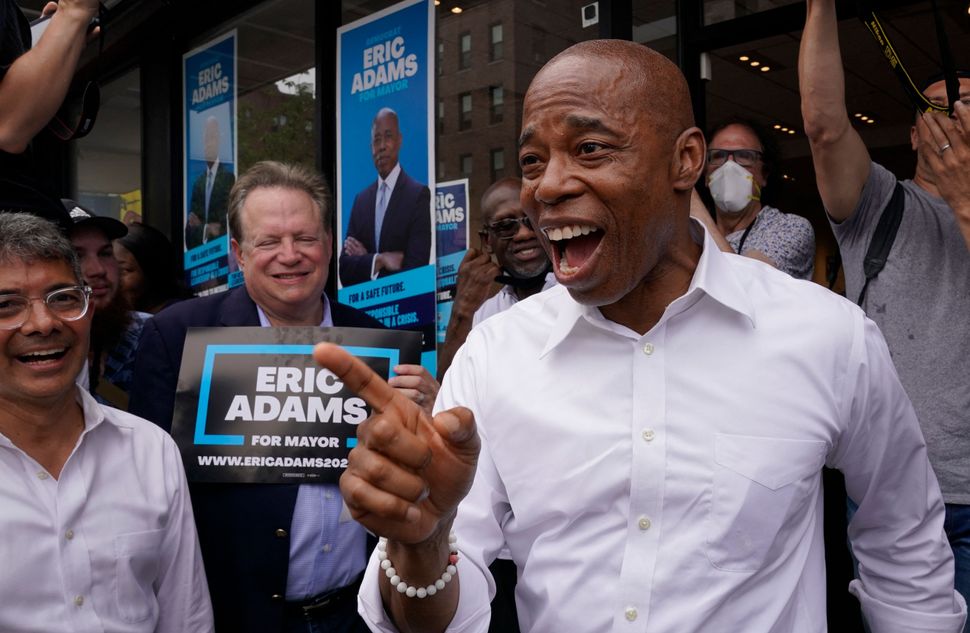 Mayoral Candidate Eric Adams speaks during a event in Brooklyn June 21, 2021 on the eve of New York City Primary Election Day. Image by TIMOTHY A. CLARY/AFP via Getty Images

A key ally of Eric Adams, the Democratic nominee for mayor of New York City, met with a group of Orthodox leaders in Brooklyn on Tuesday following a bitter primary last month.

“Adams is building his core team to make sure that there’s a voice in every part, every corner of the city in New York,” Rodneyse Bichotte Hermelyn, chairwoman of the Kings County Democratic Party who has worked closely with Adams in recent years, told the community leaders during a roundtable discussion in Borough Park.

Adams, the Brooklyn borough president, was certified as the winner, beating his closest rival, Kathryn Garcia, a former sanitation commissioner, by just over 7,000 votes. Adams and Andrew Yang, who was the leading favorite in the early months of the campaign, aggressively courted Orthodox voting blocs, ultimately splitting their share of the vote.

Last week, Adams attributed his victory to the support he received from the Orthodox community. “This community stepped up big time,” Adams said during an event in Brooklyn. But in his remarks, Adams also complained about being snubbed by leaders who backed Yang, due to his pledge not to interfere in the yeshiva education system. “Many people that I’ve known for a long time, they walked out of the room,” he said. “Not you,” he told the crowd, leaders of the Flatbush Jewish Community Coalition who endorsed his mayoral bid. “You walked into the room and said, ‘Eric, you are not a new friend, you are an old friend, and friends don’t forget friends.”

Bichotte, who is also a member of the State Assembly representing a significant Orthodox population in Flatbush and Midwood, suggested that keeping tabs on who supported Adams or his rivals in the primary will not affect the Jewish community assuming he takes over as mayor next January.

“I see this as a unification,” she said about the Tuesday meeting, which was heavily focused on quality of life matters. “This is the time to unify.” Joel Eisdorfer, a former longtime Jewish liaison for Adams and a close ally, was also present at the meeting. 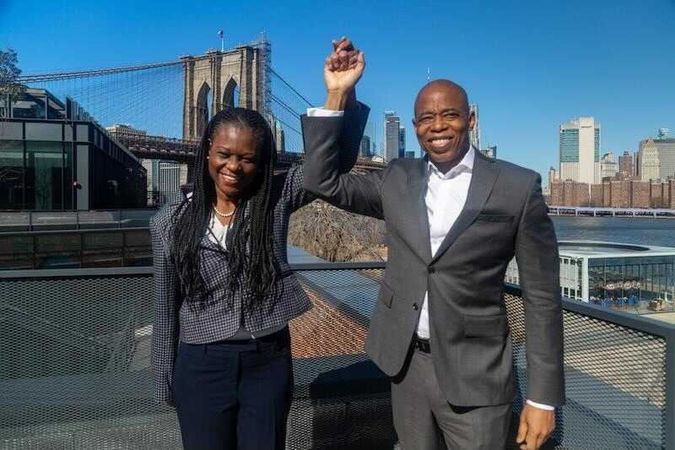 She also pointed to the fact that even amongst Yang supporters, Adams was considered their second choice in the new ranked-choice voting system that benefited him in the final rounds of the vote count. Bichotte said that Adams, who is focused on putting his administration together given that he’s likely to win the general election in the solidly Democratic city, has “had a lot of meetings with different Jewish community leaders and is now ready to push forward the city that will address and listen to the concerns of everybody.”

Bichotte, who is also close with Mayor Bill de Blasio, maintained that Adams will be more sensitive to certain issues that have not been fairly addressed by the current administration. “I think you’re going to find a different mayor in Eric Adams because this is important to him. So I see this as a unification like this is the time to unify.”

‘This is the time to unify’: Eric Adams ally meets with Orthodox leaders after bitter primary battle