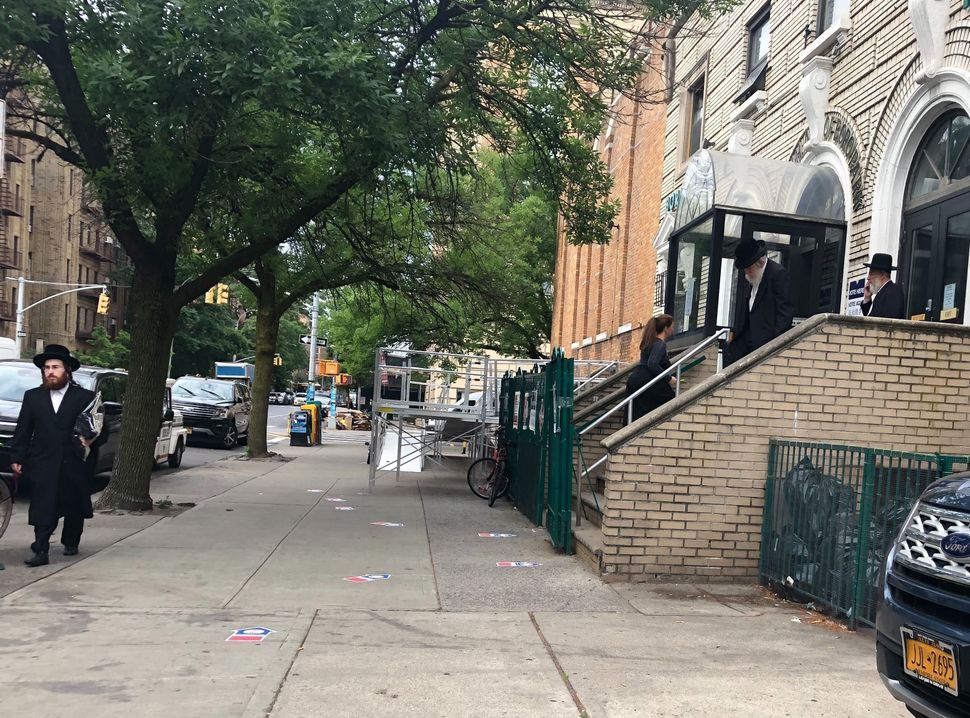 A slow stream of voters were headed to the polls in the Borough Park neighborhood of Brooklyn on Tuesday in what many say is a test of the Orthodox community’s historic influence in New York City.

Posters hung up on poles across the neighborhood overnight urged people to participate in the primary. “We have to cast our vote and show our strength so we will be heard all year round,” read one message in Yiddish. “Your vote is crucial in this election,” read another poster. “Your vote can bring the critical change we desperately need.” 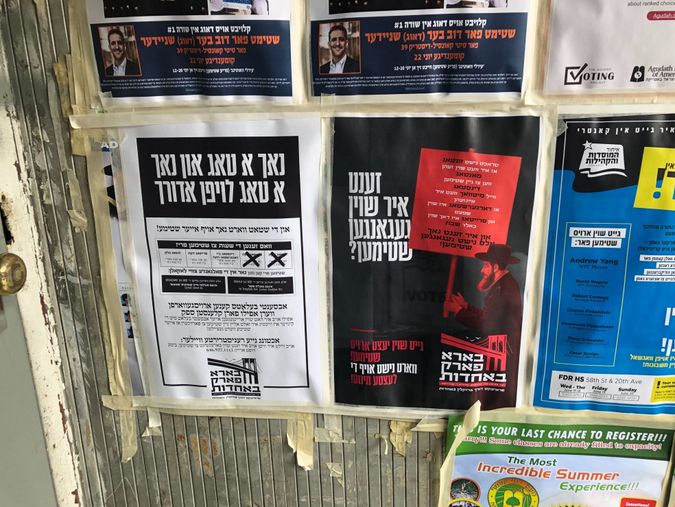 The community has coalesced around two mayoral candidates in the primaries, the results of which will likely decide the race in this heavily Democratic city.

While most of the leading mayoral candidates in this crowded Democratic primary have made an effort to reach out, pledging to adopt a more sensitive and respectful approach to the city’s Orthodox populations, only Eric Adams and Andrew Yang succeeded in snagging the endorsements of the leading Orthodox voting blocs. Both candidates aggressively courted the leadership by promising an open door at City Hall and expressed alignment on controversial issues, in particular on yeshiva education.

Voters exiting the polling sites seemed to have deep appreciation for that effort, choosing either candidates for first or second choice in the new ranked-choice voting system. We talked to many of them, asking how they came to rank their top five candidates, though voters are allowed to pick fewer.

Yang was also endorsed by Assemblyman Dan Rosenthal from Queens, one of the youngest and most influential Jewish politicians in New York. 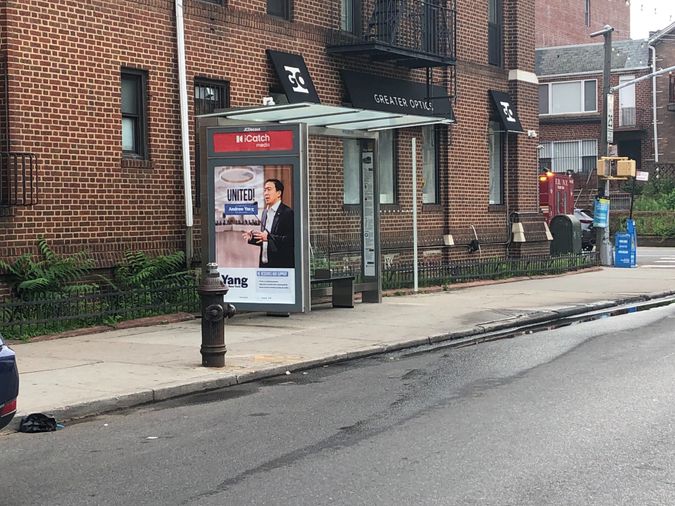 Yeger, who was an early supporter of Yang, told the Forward he is confident his constituents will deliver Yang a win “because of the incredible unity we have achieved.” He pointed to the fact that the three Orthodox elected officials who have endorsed in this year’s primary support Yang “because we know the partner we need at City Hall to deliver for our community.”

Adams visited Borough Park on Monday night after a long day of campaigning across the city.

“I don’t need a GPS to find Borough Park,” Adams said to an enthusiastic crowd of about two dozen people gathered outside a synagogue on 13th Avenue. “I was there for this community for over 30 years, and I am going to be there as the mayor. I’m not a new friend. I’m an old friend. Let’s have one of our old friends become the mayor of the city of New York.” 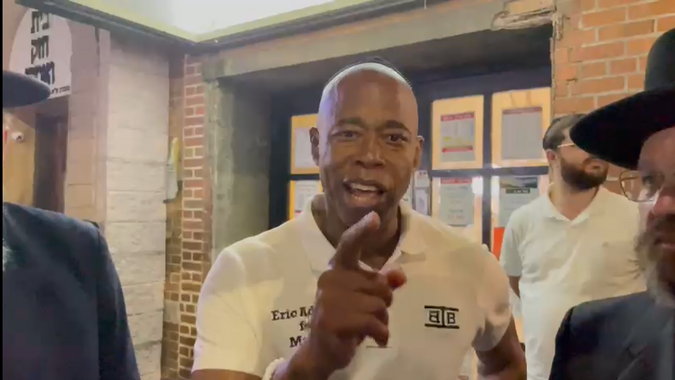 Maury Litwack, executive director of Teach Coalition, a project of the Orthodox Union, said he expects a higher turnout this year than in previous elections. “The next mayor of New York will be dealing with the bread and butter issues that this community cares greatly about, including safety and security and yeshiva education,” he said.

Litwack noted that in the five boroughs of New York there are dozens of thriving Orthodox communities, 1,000 synagogues and over 100,000 yeshiva and day school students, and there’s an understanding “that in order to have our voice heard, we must vote. There are few greater opportunities in voting in a mayoral race like this, which only comes around every four years.”

Prof. Ester Fuchs, director of the urban and social policy program at Columbia University’s School of International and Public Affairs, said that it was mostly the organizations on the extreme right or extreme left who endorsed publicly and therefore have caught the attention of candidates and the media. But that, she continued, doesn’t give a sense of who moderate to conservative Jews are picking. She suggested that most Jews in New York would probably pick Kathryn Garcia, McGuire or Adams as their top choice, with the fate of Scott Stringer, who is Jewish but has been accused of sexual harassment, unknown.

Many other offices are at stake on primary day, including the city’s comptroller and public advocate. The official results of the primaries will not be released until July 9.