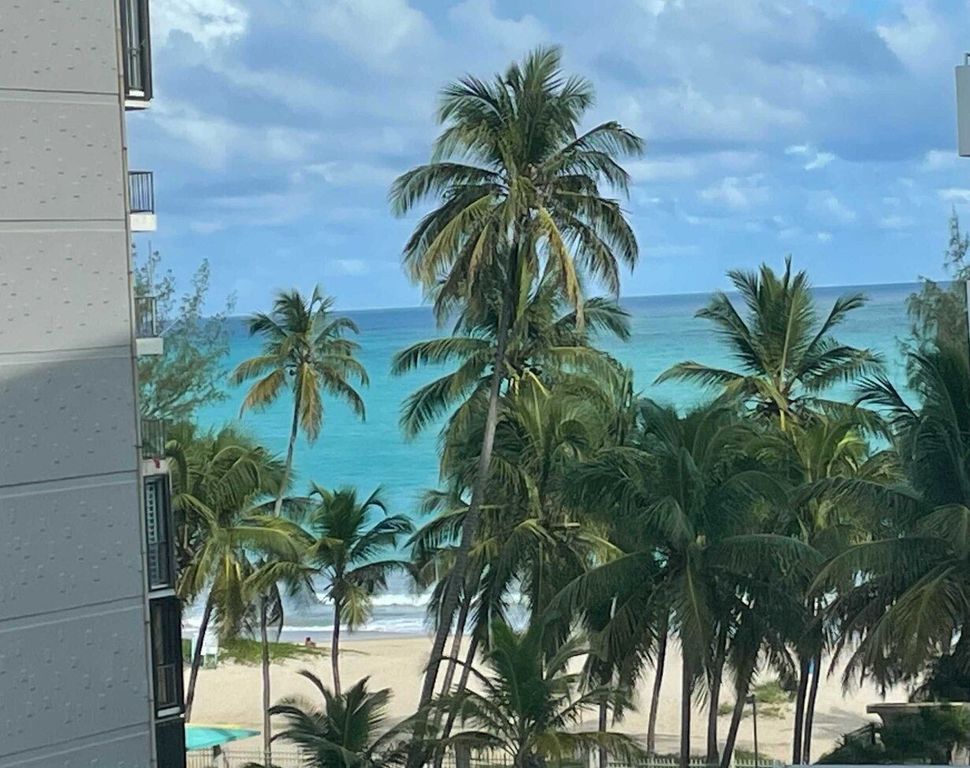 The annual SOMOS conference in Puerto Rico is organized to focus politicians on the priorities of New York State Latinos — but it’s in many ways a Jewish gathering too.

Jewish leaders and activists were a visible presence at the event this past weekend, which drew some 800 attendees in total, including New York Gov. Kathy Hochul and New York City Mayor-elect Eric Adams. The Chabad House of Puerto Rico, walking distance from the conference’s San Juan hotel, hosted the religious participants for services and Shabbat meals. 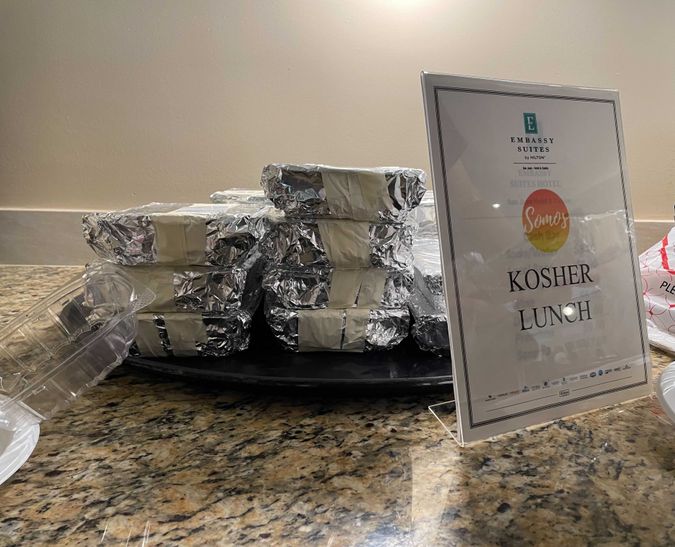 Kosher lunch served for participants at the SOMOS conference in PR on Nov. 5, 2021 Image by Jacob Kornbluh

“I view SOMOS as a magnet for people engaged in the political arena,” said Rabbi Michael Miller, the CEO emeritus of the Jewish Community Relations Council of New York, who has attended the conference for the past 20 years. “If you have an interest in the political future of New York, and if you are beyond the margins and more towards the center, that’s where you have to be.”

The conference, hosted by members of the New York State legislature and Puerto Rican officials, is an annual gathering that takes place on a post-election weekend in November, a chance for policymakers, lobbyists and journalists to schmooze with veteran and newly elected office holders.

Assemblymember José Rivera, a Puerto Rico native, said the inspiration to host the SOMOS conference on the island came from the Jewish community — in particular, the trips that the Jewish Community Relations Council has sponsored to Israel for elected officials and business leaders for 37 years.

Miller, who has managed to form working relationships with government officials for more than three decades at the helm of the influential JCRC, said that the SOMOS conference is an exceptional opportunity to build alliances between Latino and Jewish groups. “Just as we have taken innumerable influencers to Israel to see our Jewish heritage, we had the opportunity while on the Puerto Rican island to see the heritage of New York’s Puerto Rican community,” he said.

David Greenfield, CEO of the Met Council, and a former New York City councilman, said coming to the conference is a way for Jewish leaders to show their commitment to Latino causes. Greenfield, who has been attending the conference for 15 years, hosted the largest Jewish event of the weekend — the Oneg Shabbat (“Joy of Sabbath” in Hebrew), drew some 50 New York politicians, including Tish James, the state’s attorney general, who recently announced a bid for governor, and Asaf Zamir, Israel’s new consul general in New York.

The Met Council, New York’s largest Jewish charity, serves about 30,000 Spanish-speaking people in need, including undocumented immigrants. “This unique gathering is a culmination of all that we do together year round and is a clear message to the Latino community: we appreciate you and want to continue to partner with you,” Greenfield told the crowd. 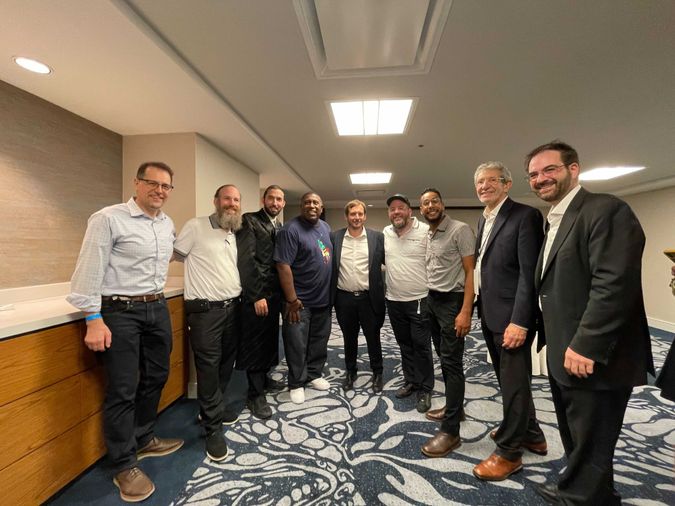 Zamir and his deputy, Israel Nitzan, spent the weekend introducing himself to New York Democrats and also hosted a pre-Shabbat reception. “SOMOS is a perfect opportunity to build natural, meaningful relationships,” Zamir said. “This is part of Israel’s amazing relationship with the Puerto Rican community, which is near and dear to our hearts.”

The weekend was also an opportunity for elected officials to form alliances ahead of the January vote for city council speaker, and to meet candidates and potential candidates in 2022’s already heated Democratic primary for governor.

Adams, the mayor-elect of New York City, celebrated his victory at SOMOS, which means “We Are” in Spanish.

He noted how a coalition of Black, Latino and Orthodox communities had supported his mayoral bid, said he wants to represent them well, and asked the leaders of ethnic and faith communities to give him lists of their priorities.

During the Democratic primary earlier this year, Adams said he was impressed by the yeshiva education system and promised to work with the Orthodox community to assure it aligns with state guidelines on secular education. Critics say many yeshivas fail to provide adequate secular education.

Naftuli Moster, the executive director of YAFFED, a group founded by former yeshiva students and parents that lobbies for the enforcement of the state guidelines, said he came to SOMOS to press politicians “to end educational neglect in ultra-Orthodox yeshivas.”

Adams said communities should have internal discussions and settle differences among members before they present him with their shared priorities.

“If you can’t decide, then I am going to decide for you,” he quipped.