Former Obama officials urge Biden to get tougher on Iran 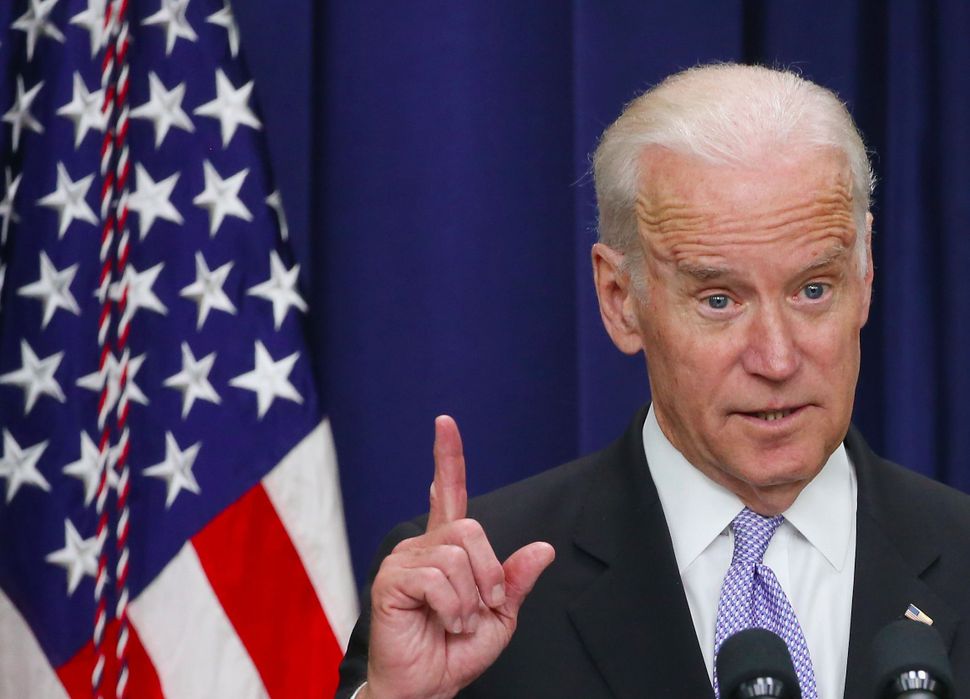 Several former Obama officials are imploring the Biden administration to toughen its stance on Iran as indirect talks about returning to the 2015 nuclear deal stagnate.

“Without convincing Iran it will suffer severe consequences if it stays on its current path, there is little reason to hope for the success of diplomacy,” the officials, who served in top national security positions during former President Barack Obama’s first term, wrote in an open letter organized by The Washington Institute last week.

“We believe it is vital to restore Iran’s fear that its current nuclear path will trigger the use of force against it by the United States.”

The signatories, who also include those who did not serve in the Obama administration, are: Leon Panetta, former defense minister and CIA director; General David Petraeus, who headed the U.S. Central Command and the CIA; Michèle Flournoy, former undersecretary of defense for policy; Dennis Ross, who worked as a Middle East aide to Obama; former Congressman Howard Berman, who was chair of the House Foreign Relations Committee until the Republicans took control in 2010; former Rep. Jane Harman, who was ranking member of the House Intelligence Committee; and Rob Satloff, executive director of the Washington Institute for Near East Policy.

Ross said in an interview that the group’s common denominator is that their views “are taken seriously by the Biden administration.” Panetta considered himself a close friend of Biden and Flournoy was one of the president’s top contenders for defense secretary.

“This was not a plea to replace diplomacy,” Ross said. “This was, in a sense, a message that if you want diplomacy to succeed, the Iranians are going to have to believe that the path they are on is a very dangerous one.” 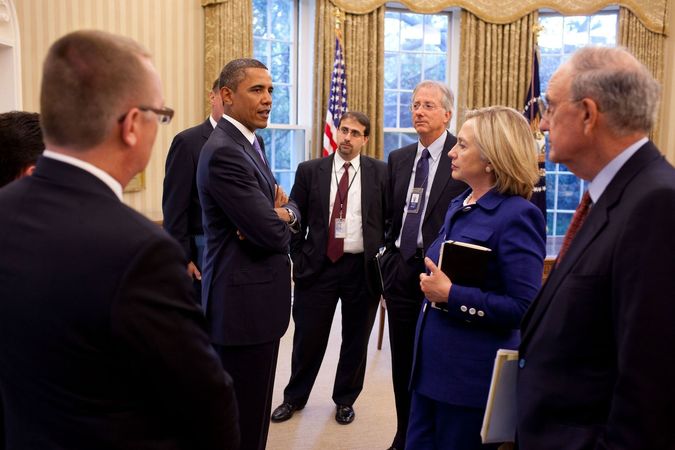 President Barack Obama talks with members of his Middle East Policy team, including Dennis Ross (third from the right) in the Oval Office on Sept. 1, 2010. Image by Official White House Photo by Pete Souza

In the previous rounds of talks the Iranians wanted the U.S. to lift all sanctions imposed in recent years before proceeding with negotiations, while the Biden administration agreed to meet Iran’s demands once it returned to compliance with the Joint Comprehensive Plan of Action, also known as the JCPOA. Senior Israeli officials expressed concern that Washington would settle for a “less-for-less” deal that would offer Tehran partial sanctions relief in exchange for freezing parts of their enhanced nuclear program.

Ross said that he had previously supported that approach, but that was before Iran had enriched 60% of its uranium, well above the 20% enriched before the deal.

The letter writers called on the administration to make it clear that military action against Iran was on the table, by orchestrating exercises with U.S. allies in the region.

“For a variety of reasons, the Iranians don’t believe we’re going to use force under any circumstances,” Ross said. “They also suspect that we will stop the Israelis from using force. And the more the Iranians advance without thinking that force will ever be used, the more likely it becomes that force will end up being the only option.”

Rob Malley, the State Department’s special envoy for Iran, warned in an interview with CNN on Tuesday that the administration’s patience with Iran is running out. “At some point in the not-so-distant future, we will have to conclude that the JCPOA is no more, and we’d have to negotiate a wholly new different deal, and of course we’d go through a period of escalating crisis,” Malley said.

National Security Advisor Jake Sullivan is visiting Israel this week with senior State Department officials and is expected to meet with Israeli Prime Minister Naftali Bennett. The White House said Sullivan will “reaffirm the U.S. commitment to Israel’s security and consult on a range of issues of strategic importance to the U.S.-Israel bilateral relationship, including the threat posed by Iran.”

Sullivan will also co-chair a meeting of the Strategic Consultative Group, a panel aimed at collaborating on Iran, with his Israeli counterpart Eyal Hulata. Earlier this month, Defense Minister Benny Gantz visited Washington, D.C., to meet with Secretary of Defense Lloyd Austin and Secretary of State Antony Blinken.

The rift between the Israeli government and the administration has widened in recent weeks over Iran and conflict with Palestinians.

Ross suggested that those conversations were part of an ongoing reassessment by the Biden administration on Iran. “As they face the reality that you are probably not getting back to the JCPOA, they have to look at what their options are,” he said.

Former Obama officials urge Biden to get tougher on Iran