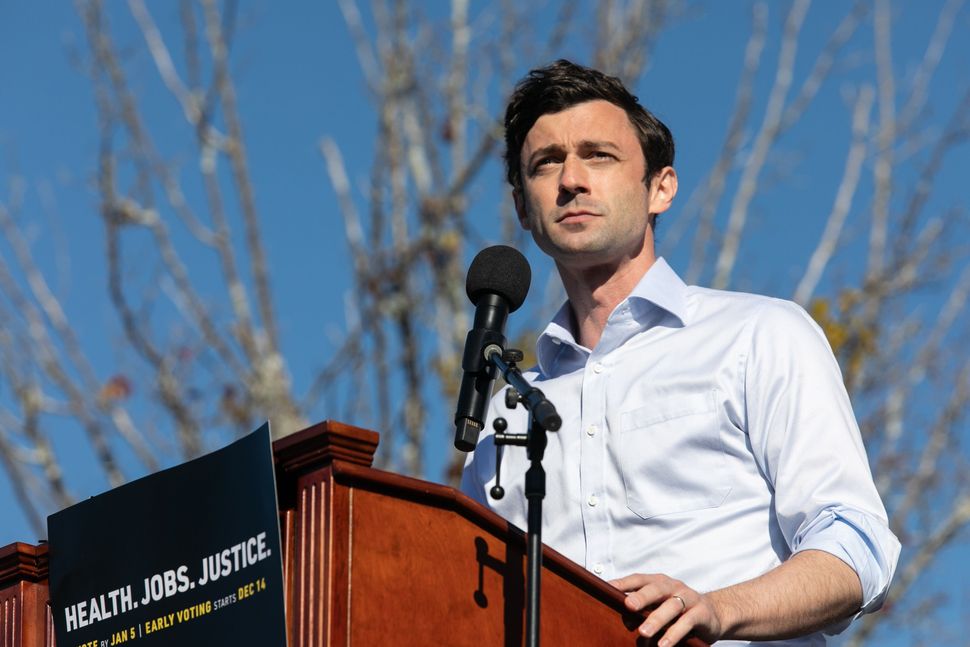 Jon Ossoff speaks to the crowd during a rally in December 2020 in Conyers, Ga. Photo by Jessica McGowan/Getty Images

Building on a 2018 law, the legislation would extend the term of the Civil Rights Cold Case Records Review Board to 2027 and allow the board to reopen cases of Black people murdered between 1940 and 1979 because of the color of their skin or for advocating for civil rights.

Victims of lynchings and other unsolved civil rights crimes still deserve justice and so do their families.

In 2019, former President Donald Trump authorized the board to work until 2024 but did not make any nominations to the independent agency. President Joe Biden announced his picks in June, one of them being Hank Klibanoff, a journalist and Emory University professor who credited his Judaism for his Pulitzer Prize–winning reporting on racial tensions in the South after World War II. The work was an outgrowth of the university’s Civil Rights Cold Cases Project, which Klibanoff teaches, writes and edits.

Yet Klibanoff and the other nominees have not been confirmed, and time is running out to investigate cold cases from the Civil Rights era, most of which the FBI and Department of Justice have closed due to legal and evidentiary barriers.

“During the Civil Rights movement, there were far too many unsolved violent race-based crimes committed against African Americans,” Cruz said in a statement. “It’s my hope that by giving the Review Board more time to examine the case files related to these unsolved crimes, we can shed sunlight on these Civil Rights cold cases and finally bring justice to the victims and their families.”

Cruz’s support for the legislation comes as a surprise to some because, in December, he wrote a book on fighting critical race theory. Ossoff was sworn in just over a year ago on a Hebrew Bible that belonged to Rabbi Jacob M. Rothschild, an icon of the Jewish South who played an integral role in the region’s civil rights and social justice movements.

Ossoff, the first Jew to be elected to the Senate from the Deep South since before Reconstruction, grew up attending services at The Temple, where Rothschild used his pulpit to denounce segregation and build bridges to the city’s Black community.

At the time, Ossoff attributed his commitment to justice to his Jewish upbringing. The same value was echoed in his tweet announcing the bipartisan legislation Thursday morning.

“Victims of lynchings and other unsolved civil rights crimes still deserve justice and so do their families,” he said.