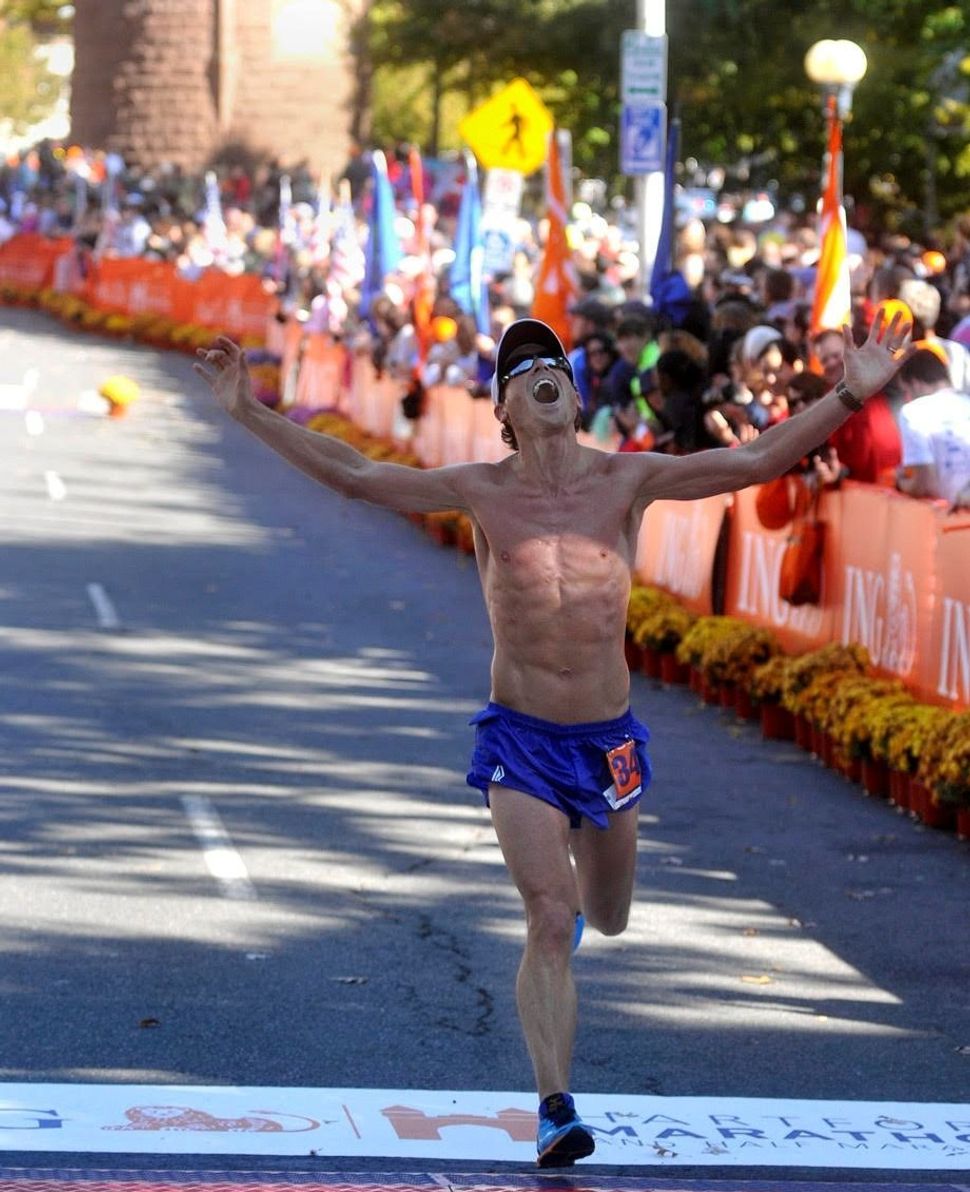 Pearlman places fourth in the 2013 Hartford Marathon at 2:25:23. Courtesy of Oz Pearlman

Oz Pearlman, who won third place on Season 10 of “America’s Got Talent” as a mind reader, was supposed to run an ultramarathon in North Carolina last weekend. But he had to drop out at the 11th hour because of work.

Disappointed, the endurance athlete and professional mentalist found a different outlet for his energy. This Friday, he plans to run over 100 miles around Central Park to raise $100,000 for Ukrainian children caught in one of the largest humanitarian crises since World War II.

“I’m trying to find a way to help these people who a month and a half ago were living relatively normal lives, and suddenly you don’t know if you’re going to die tomorrow, you don’t know where your kids are going to go and you’re sending them on a bus or a train to another country,” said Pearlman, who intends to break the record for most miles run around the park, in an Instagram Reels video.

Pearlman, himself the father of three young children, is the grandson of four Holocaust survivors. And while today’s war in Ukraine is different from World War II, he said in an interview, “it almost harkens back to the Holocaust where families are being separated at a moment’s notice.”

Yes, he knows choosing to respond to the crisis by running nonstop for 19 hours “like an Energizer Bunny” is a “bit absurd.” But, he said, when people do things “outside the norm, it inspires others” and gets their attention and support.

So far his run has raised almost $85,000, which he plans to donate to the organization Save the Children. The funds, he said, will go toward food, water, hygiene kits, cash assistance, psychological support and other forms of immediate aid.

Pearlman has also inspired others to participate. More than 100 people plan to join him by foot and on bike, he said, for portions of the counterclockwise loops he plans to run all day and night.

A decade ago, Pearlman competed in Greece in the 153-mile Spartathlon, which is described as the world’s most grueling race. Even though Friday’s run will be shorter, “there’s so much uncertainty, and so many things can go wrong,” he said, but he’s “cautiously optimistic.”

“It’s much more of a mental challenge than a physical challenge,” he said. “You have to go into it with a mentality of ‘No matter how I feel, I will keep moving’ — that’s purely mental.” 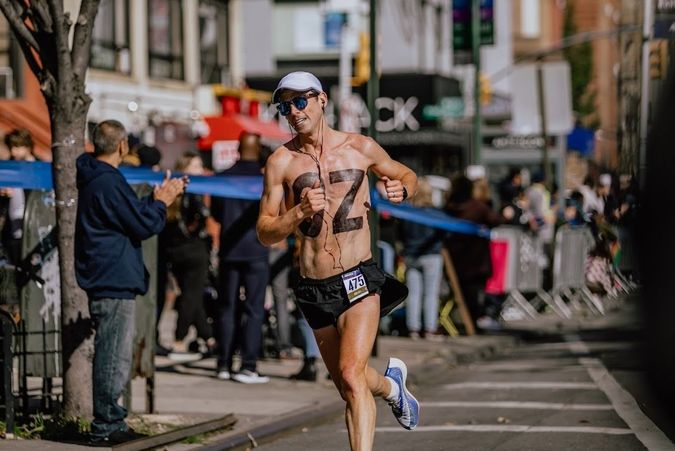 In August, he plans to run an even further distance — from Montauk to Manhattan — also for charity. (He has yet to choose a beneficiary for that run.)

Pearlman said he enjoys ultramarathons because of the sense of accomplishment that comes from testing his limits and getting out of his comfort zone. An altruistic purpose helps, too.

“It makes me feel great to know I’m helping people in the world that are in need, in the most dire of circumstances,” he said in the Instagram video.