Tennessee Republican: Let the homeless be inspired by Hitler, whose life ‘got him in the history books’ 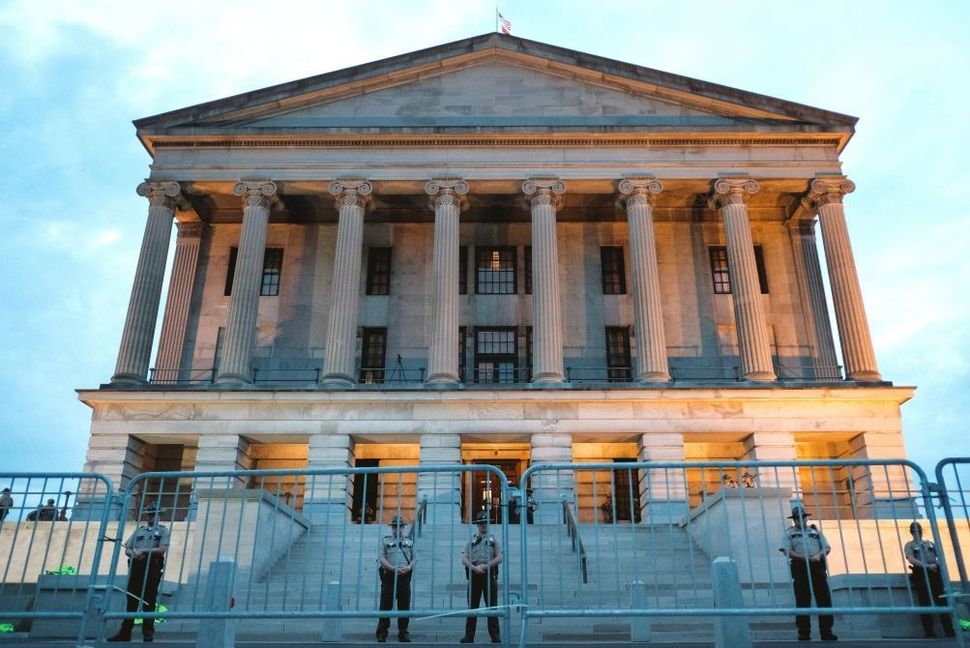 A Republican state senator in Tennessee cited Adolf Hitler in a legislative session Wednesday as an example of somebody who overcame poverty and achieved fame.

While an ABC News affiliate in Chattanooga reports that Senate Bill 1610 would allow law enforcement to penalize offenders at their discretion, with a fine not being mandatory, critics — including Democratic state lawmakers — say it would essentially criminalize homelessness.

Niceley argued that unhoused people can escape the cycle of poverty, going so far as to invoke Hitler — who, before seizing power in the 1930s and carrying out the Holocaust, lived in a hostel for the homeless in Vienna from 1910 to 1913 while struggling as an artist.

“I want to give you a little history of homelessness,” Niceley said.“1910, Hitler decided to live on the streets for a while. So for two years, Hitler lived on the streets and practiced his oratory, and his body language, and how to connect with citizens and then went on to lead a life that got him in the history books.”

Niceley went on to suggest that because the German leader was able to rise to prominence after failing as an artist, “all these people — it’s not a dead end, they can come out of this, these homeless camps, and have a productive life or, in Hitler’s case, a very unproductive life.”

And so, Niceley concluded — ignoring Hitler’s historical contribution to the systematic killing of millions of people, including 6 million Jews — he supports the bill, which the Senate later approved on a 22-10 vote. If signed into law by Republican Gov. Bill Lee, it would expand punishments for camping on state property, which became a felony offense in 2020, to all public property.

TN Senator says Hitler made something of himself after being homeless & you can too. I’m going to have to apologize to the universe for this guy. Hey @MeidasTouch not a single day passes without TN GOP embarrassing the hell out of our state.? @meiselasb @meidasjordy @BMeiselas pic.twitter.com/SrNyGsS86B

Footage of Niceley’s comments was posted online by Tennessee State Rep. Gloria Johnson. “TN Senator says Hitler made something of himself after being homeless & you can too,” tweeted Johnson, a Democrat. “I’m going to have to apologize to the universe for this guy.”

Niceley previously attracted controversy in 2009, when he joined other Tennessee Republican lawmakers in a failed legal effort to force President Barack Obama to turn over his birth certificate.

Tennessee Republican: Let the homeless be inspired by Hitler, whose life ‘got him in the history books’