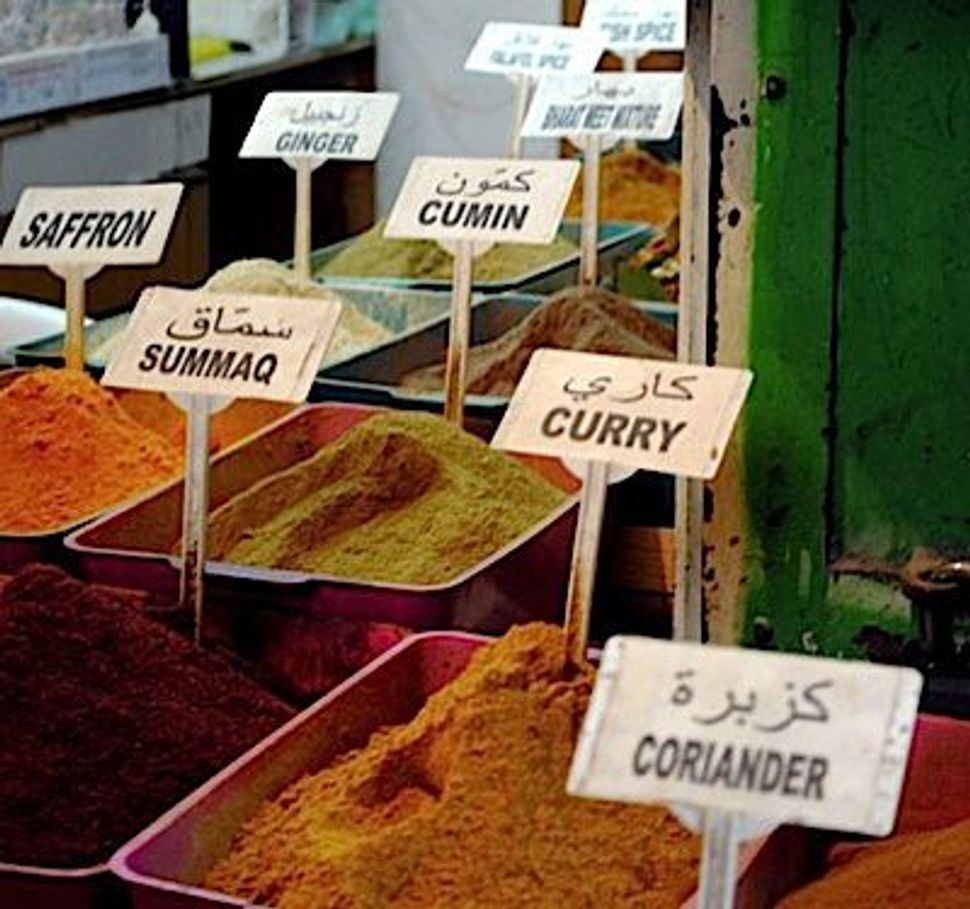 Jerusalem may be the epicenter of all that is holy in the Holy Land, but it has also quietly evolved into a food lover’s paradise. While its younger sister — flashy, trendy Tel Aviv — gets most of the attention in the culinary media, Jerusalem is content without the hubbub (there’s enough of that around the Temple Mount). Hidden amongst alleyways in old stone structures, Jerusalem’s restaurants represent some of the best, and least known, the country has to offer.

The history and politics of Jerusalem have had a clear impact on its food. As a city that has been ruled, conquered, torn down, and rebuilt by the Hebrews, Babylonians, Greek, Egyptians, Syrians, Romans, Muslims, Crusaders, Mongols, Turks, British, and Jordanians there is a rich tapestry of culinary traditions to draw on. Additionally, Jerusalem is a city of immigrants — since 1948, millions of people have settled there and brought their various cuisines with them. Today in Jerusalem you can easily enjoy Ashkenazi, Bulgarian, Turkish, North African, Iraqi, Iranian, Arab, and Russian cuisines plus the recently developed modern Israeli style that is a hybrid of all of these traditions.

For those who keep kosher, a sojourn in Jerusalem is like being a kid in a candy store. With the vast majority of options being kosher, diners can afford to be more discerning in their selections than anywhere else.

From expensive fine dining to quick, cheap eats, there is something for every palate and mood in Jerusalem. In addition to the few places listed here, be open to exploring. Even the most random, hole in the wall restaurants typically serve excellent, fresh food and often turning down a side street will yield the best discoveries.

Best Kosher Meal: In a kosher paradise like Jerusalem, naming the best kosher meal is no easy feat. But 1868, fittingly named for the year the building was constructed, brings kosher dining to a new level. Housed in the first stone edifice erected in Jerusalem outside the walls of the Old City, 1868 is an intimate fine dining restaurant that pays attention to detail. Chef Jacob Turjeman brings all the skill of a five-star chef to elegant dishes from Roasted Foie Gras with Port Caramel and Citrus Ginger and Gin Granita to Endive Segments with Poached Pears, Pecans, and Date Honey Vinaigrette. Offal lovers will rejoice in the calf sweetbreads, while the more timid can enjoy grilled spring chicken breast or even an entrecote burger. 10 King David Street, Jerusalem (02 622-2312)

Best Soup: A hot spot among Jerusalem students, locals, and tourists in-the-know, funky HaMarakiya is a soup lover’s heaven. The only menu items are vegetarian soup and shakshuka, but they know how to do them right. The daily, constantly changing selection of soup is written on a chalkboard and the staff can help advise you on your selection. The cozy restaurant has a long communal table as well as a sofa, mismatched chairs and bowls, and a chandelier made out of spoons and ladles. Get there early (they open at 6pm) as they tend to fill up as the night goes on. 4 Coresh Street (02 625-7797)

Best Hummus: Naming the best hummus place in any part of Israel is just asking for a fight. Everyone has their favorite, and it can be a contentious topic of conversation. So, at the risk of igniting some fires, many people consider Abu Shukri to make the best hummus in Jerusalem — some would say in Israel. Located in the Muslim quarter of the Old City, family-run Abu Shukri is a tiny spot with just a few tables and no menus. The hummus comes with your choice of tehina, fuul (stewed fava beans), or pine nuts and plenty of fresh baked pita. Although it is not certified kosher, there is nothing treyf about anything on the menu. (63 HaGay (Al Wad Rd.), Moslem Quarter, Old City (02 627-1538)

Best Foodie Site: In Jerusalem, Mahane Yehuda market is the Holy Grail for food lovers. Whether you want to shop for ingredients to cook at home or eat lunch at a cafe, the crowded alleys of the old shuk overflow with culinary delights. High quality cheese can be hard to come by in Israel, which is what makes Basher Fromagerie so exciting. And with hundreds of kosher cheese selections and a knowledgeable, helpful (largely English speaking) staff the selection seems endless. The market also has one of the best selections of Iraqi-Jewish food in the country, where you can get comforting home-style cooking from any number of restaurants. A favorite is Ima Kubbeh Bar, which has English menus from which you can choose different varieties of soup with kubbeh (meat-stuffed semolina dumplings). Finally, if your sweet tooth starts aching then head straight to Marzipan Bakery for some fresh baked chocolate rugelah, croissants, and more. Basher: 53 Etz Hayim Street, midway between Yaffo and Agrippas (02 625-7969) Ima Kubbeh Bar:68 Etz Haim Street just off Agrippas Marzipan Bakery: 14 Agrippas Street (02 623-2618)

Best Vegetarian Meal: For a healthy, vegetarian, kosher meal head to local favorite The Village Green. With a self-service salad bar and “by the weight hot dishes” like vegetarian lasagna, everyone can have a little of whatever they want. The rotating daily selection of all-natural, preservative-free fare is all made on the premises, much of it using fresh produce from the nearby Mahane Yehuda market. Be sure to sample their homemade bread with pesto butter, which comes with a number of the offerings. For dessert there is a tempting selection of dairy, non-dairy, vegan, and gluten-free options including cakes and fruit pies. 33 Jaffo Street (02 625-3065)

Best Brunch: Chances are you’ll have to wait for a table if you try to eat Friday brunch at Kadosh, but it’s worth it. This dairy café was established 41 years ago and is as popular as the newcomers. Although they may be best known for their delectable baked goods (all baked daily on site), they also boast an equally delicious selection of fresh pastas, quiches, salads, and sandwiches (including four different kinds of grilled cheese). Breakfast is served all day so you can enjoy marshmallow-stuffed pancakes, shakshuka, and scalloped potatoes whenever the mood strikes. 6 Shlomzion Hamalca Street (02 625-4210)

Best Dairy Restaurant: Located in the well-to-do area of the German Colony, Caffit is one of the top dairy restaurants in Jerusalem, as evidenced by the lines outside. The restaurant has a definite Italian leaning with fresh pastas, foccacia, and stuffed mushrooms, but they also work in local ingredients like Bulgarian cheese and offer Ashkenazi favorites like sweet potato pancakes. Open all day, we recommend sitting in their lovely garden terrace. 35 Emek Refaim Street, German Colony (02 563-5284)