From Schnitzel to Gourmet Markets, Seeking Out the Best Food in Tel Aviv 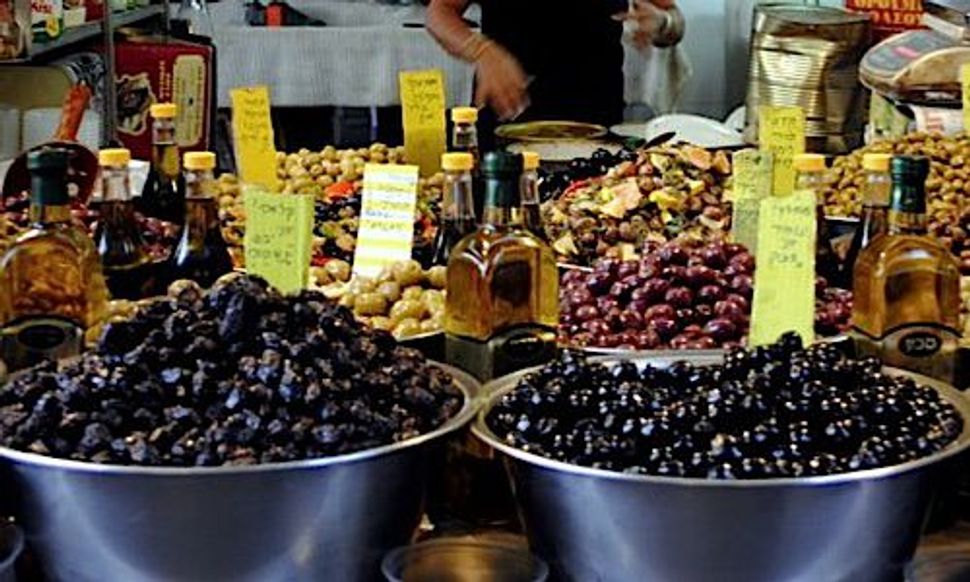 Vibrant Tel Aviv manages to pack in the energy of New York, the leisurely pace of Florence, and a Mediterranean climate to boot. While the political and religious soul of Israel may lie in Jerusalem, the youth and vigor can be found in rowdy yet cultured Tel Aviv. The city is home to numerous galleries and museums, hosts countless dance and music performances, and boasts a culture of culinary innovation with chefs who are on the forefront of Israeli cuisine.

Still, while Tel Aviv may be a foodie city in Israel, a kosher paradise it is not. Meat is mixed with milk, shrimp is served with bacon, pork chops are common, and places don’t like to close on Shabbat. Most chefs who are pushing the envelope are doing it secular style in order to compete with their peers around the world. Still, there are more kosher options than your average American city and the quality far surpasses that of your typical kosher restaurant.

Tel Aviv is a large, sprawling metropolis with many different neighborhoods and delicious food finds. Allenby Street is party central, but also home to some great eats as well as the Carmel Market. For authentic Ethiopian and Indian food, head to the ethnic area surrounding the massive Central Bus Station. Great restaurants can be found amidst the flea markets and windy, cobblestoned streets of Old Jaffa. Meanwhile, cute cafes abound on Dizengoff Street and the newly revitalized Tel Aviv Port is the perfect place to enjoy a glass of wine overlooking the ocean on a sunny afternoon.

Best “New” Israeli Cuisine: Getting a table at popular Abraxas North can be a challenge, but it’s worth a wait. The bar is one of the best seats in the house as you can watch the frenetic happenings of the busy kitchen. Chef Eyal Shani is described alternately as eccentric, a mad genius, avant garde, and controversial. Whatever you call him, he’s cooking up some of the best, most inventive food in town with a menu that changes daily based on his whims and what’s at the market. A mastermind when it comes to preparing vegetables, Shani braises an entire head of purple cabbage for hours, caresses it in butter, and serves it whole. The restaurant is not kosher, but it’s worth avoiding the shrimp pita in favor of the mixed tomato salad (it doesn’t sound inventive, but in Shani’s hands it is) for a glimpse into the future of Israeli cuisine. 40 Lilenblum Street, Tel Aviv (04 678-6560)

Best Home-Style Cooking: If you’re craving your mother’s matzoh ball soup or other Ashkenazi favorites like cholent, head straight to Café Batya. In a place with a surprising dearth of Ashkenazi dining options, Café Batya’s warming, homey menu options are a welcome, comforting reprieve. Open since 1941, it has been serving well executed specialties like chopped liver, gefilte fish, and stuffed cabbage. Because it remains open through Shabbat, the restaurant is not certified kosher, but other than that it’s the most traditionally Jewish place in town. 197 Dizengoff Street, Tel Aviv (03 522-1335)

Best Foodie Site Old and New: The tightly packed, bustling Carmel Market has long had a monopoly as the best foodie site in Tel Aviv. The lively shuk is home to dozens of stalls with vendors hawking wares from fresh-baked pita to olives, vegetables and candies. And for the traditional shuk experience, there is nothing like it. But there is also a new foodie site in town, the Shuk HaNamal, or Port Market at the recently revitalized Tel Aviv Port. Surrounded by an abundance of beautiful restaurants sitting right on the beach, the Shuk HaNamal was designed to be an indoor gourmet food market. While it is much smaller in scale, it is crammed with cute stalls selling cheese, kosher charcuterie, fresh pasta, bread, and more. The adjoining square is also home to the new Tel Aviv Farmer’s Market on Friday mornings. Carmel Market: HaCarmel Street just off Allenby; Shuk HaNamal: The Port of Tel Aviv, Hangar 12

Best Brew Pub: Home to one of Israel’s finest microbreweries, the pub Dancing Carmel Brewery is more of a quiet bar than a restaurant and the food is almost an afterthought. For beer lovers though, the brew is worth it. They offer four beers available year round (a stout, hefeweizen, American pale ale and Indian Pale ale) and a number of rotating seasonal selections. If you tell the bartender that it’s your first time there, chances are he’ll give you a sampler of all their beers on tap on the house. 12 Hataasiya Street off of HaMasger, Tel Aviv (03 624-2783)

Best Schnitzel: Schnitzel is one of the most omnipresent and quintessentially Israeli foods. In a country that has schnitzel fingers instead of chicken McNuggets it seems like it wouldn’t be easy to name the best. But Café Noir’s rendition of the thinly pounded, breaded meat is far above any other version I’ve encountered. I should mention that Tel Aviv is a hugely secular town and Café Noir is in no way kosher; they have pork chops on their menu. But unless you’re very strict, it would be a shame to miss out on some of the best chicken schnitzel in the country. Order the perfectly thin and crispy schnitzel with french fries, or chips as they say. 43 Ahad Ha’am Street, Tel Aviv (03 566-3018)

Best Bakery: Forget Paris! Tel Aviv is home to some of the best bakeries in the world, and the wafting smell of freshly baked treats will follow you wherever you go. Lehamim stands apart for their consistent quality and wide variety. From savory to sweet, you can’t go wrong. Their braided chocolate loaf is addictive, the pound cake perfectly moist, and the olive-Parmesan twist is salty and satisfying. In addition to their original location, Lehamim also recently opened a space in the new Shuk HaNamal, Port Market. 99 Hahashmonaim Street, Tel Aviv, (03-5618111)

Best Shakshuka: Luckily for Israelis, most corner shawarma stands and cafes turn out decent shakshuka, the beloved dish of eggs poached in tomato sauce. But if you want shakshuka at its best, make a bee-line for Dr. Shakshuka and don’t stop until you are savoring one of their classic, eggplant, or spinach shakshukas. If you’re not in the mood for eggs they do have a variety of other Libyan and Moroccan specialties including couscous and fish dishes. Afterwards, walk off your meal in the funky Jaffa Flea Market. 3 Beit Eshel, Jaffa, Tel Aviv (03 682-2842)

From Schnitzel to Gourmet Markets, Seeking Out the Best Food in Tel Aviv