The Cookbook Collector and the Chef 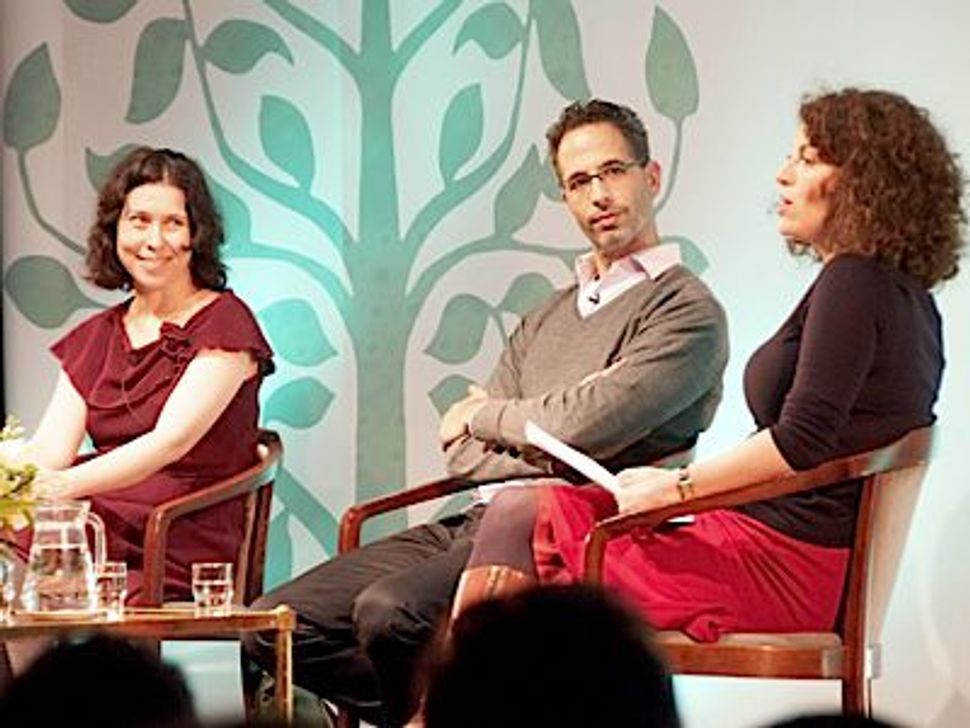 The author of “The Cookbook Collector” doesn’t cook, and the chef-cum-cookbook writer both reads and is an avid collector of cookbooks. We found this out early in the “Eat, Write, Love” session at London’s Jewish Book Week featuring novelist Allegra Goodman and chef, writer and restaurateur Yotam Ottolenghi. Powerfully chaired by novelist Charlotte Mendelson the session, once her peers had finished professing enjoyment of Goodman’s novel, moved from plot to obsession and some fascinating personal notes on the parallel need for physical, not virtual, food and books.

In an age where, as Ottolenghi happily observed, thousands of good recipes (not to mention classic texts) are free on the internet, both he and Goodman enjoy the comfort of actually paying to own physical books. Ottolenghi noted that his compulsion to own cookbooks is stretching his ability to store them, and far outweighs his ability to actually use them all. The assurance that the book is on the shelf means that the knowledge is available. Goodman confessed to a similar need to own a physical bookish object in order to overcome temporary writer’s blocks. Even if she doesn’t open the D.H. Lawrence or Jane Austen book that she buys, the act of procuring it and the comfort of possessing it will usually allow her to write freely again.

Where Ottolenghi’s research led him to food, Goodman’s research led her to the archives at the Schlesinger Library upon which “The Cookbook Collector” is based. A standard weekend for her is spent with her four children, whereas Ottolenghi outlined a typical Sunday afternoon spent developing new baked products with his colleagues Helen Goh and Sami Tamimi. For him food is a physical entity whose pleasure is visual and tactile as well as flavorful. He described how, to the amused disgust of his team, he once broke down cakes and crumbled them in his hands to see how they felt. Goodman, for her part, said that she’s more of an eater and a writer than a cook. Fortunately for her, her 17 year old son, Ezra, cooks for her and her family, and is responsible for any practical realization of the recipes she finds in her research — or that her family just wants to have for dinner!

After seven books (and four children!) Goodman is still in awe of the output of other writers, not least Charles Dickens. Many chefs produce books as an afterthought, but it is part of his own self-conception for Ottolenghi to describe himself as a “cookbook writer.” Talking about modern cookbooks, Ottolenghi made the distinction between those written by chefs and those written by cooks. The chefs are more intent on displaying their food and themselves and furthering their brand (think Emeril, Mario Batali, or Jamie Oliver), whereas cooks (even those who have latterly become well known, like Julia Child, Nigella Lawson or Delia Smith) are more concerned to transmit or illuminate a particular kitchen technique or aesthetic.

Despite the strength of their own personal brands, Ottolenghi and Goodman both expressed a preference for the latter. Hardly surprising, in the end, since a fascination with process and the triumph of substance over mere appearance is a crucial part of both of their successes.

The Cookbook Collector and the Chef