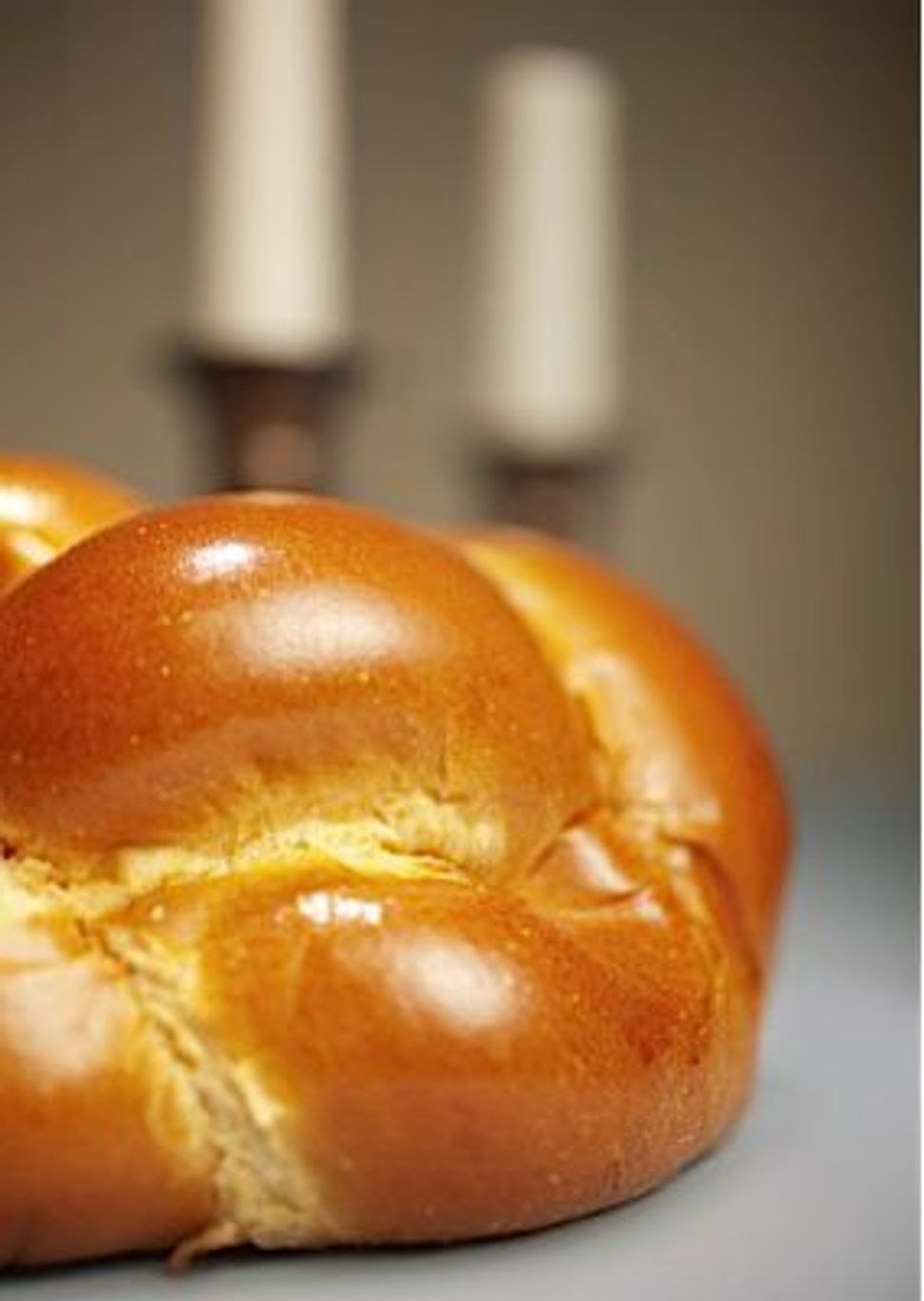 On a Friday afternoon in September 2007, I set about making the most eventful Shabbat dinner of my life. After a summer of itinerancy, subletting an apartment and dressing out of a suitcase, I had moved into my first real apartment since separating from my wife. And the following Tuesday, inauspiciously the 11th, I would be having surgery for prostate cancer, a fearful and depressing prospect for someone newly single at nearly 52.

My guests for this particular Shabbat were my son and daughter, both teenagers, and the family friends each had asked to be invited. My missions were to endow the apartment with a sense of home, a sense that my children and I remained a family of our own, and to create an aura festive enough to obscure my imminent operation and its uncertain outcome. My means was my menu: a chicken tagine flavored with saffron and cinnamon and a curried couscous.

I was, in many respects, an unlikely candidate for Shabbat chef. The eldest child in a family of doctrinaire atheists — there’s more than one way to be fundamentalist — I had never even attended a Shabbat dinner until my early 20’s. I knew none of the rituals or prayers. When a friend’s father who first hosted me said after dinner, “Let’s bentch,” (recite the blessing after the meal), I thought it had something to do with sitting on a bench, though we were all in chairs for some reason.

As I moved around the country for different newspaper jobs, almost a decade passed after those first few Shabbat dinners. Back in New York in the late 1980s, I was again invited, this time by a rabbi who was close to a girlfriend’s family. I went with him to kabbalat Shabbat in a shtibel, simultaneously baffled and ashamed of my bafflement, and then watched him invite along a few strays for the meal. I watched him bless his children and heard him speak of the parshah, a word that, of course, I did not know.

Unless you’ve been raised outside the tradition, as I was, you cannot imagine the powerful sense of disclosure, of revelation of these Shabbat dinners. During my childhood, I had attended plenty of joyful family feasts, and I’d often been the guest for Sunday-afternoon supper in the home of my best friend, an Irish-Italian Catholic. (Fortunately, his mother was the Italian one, so the food was great.) Shabbat, though, was suffused with a spiritual quality, a sanctity, that was unique to my experience.

So over the next decades, as I did the apikoros thing of becoming an observant Jew, I made Shabbat dinner part of my life and my family’s life. After I moved out, even during that unsettled summer, I bought a new set of candles and kiddush cups. By the time I unpacked the last boxes of the new apartment, I had two sets of dishes and cutlery and a white, allegedly stain-free tablecloth.

For that first Shabbat dinner, I chose a recipe I had cooked once or twice before, largely because I knew my children loved it. They were the only audience that mattered to me. The main course was a chicken tagine from the legendary kosher chef Levana Kirschenbaum, sweet with prunes and carmelized onions, tender from hours in the dutch oven. I augmented it with curried couscous from Ina Garten, television’s “Barefoot Contessa,” flecked with carrot, scallion, raisin and almond. All I had to tweak for kashrut purposes were two items in the couscous, replacing butter with olive oil and yogurt with a soy imitation of cream cheese.

Nearly four years later, I still have the same computer print-outs of the recipes I used that afternoon, wrinkled from condensing steam, stained with turmeric. I’ve made this same meal maybe a dozen times; it’s a go-to mainstay. And even with cancer behind me and new love in my life, I’ve never forgotten the insight that hit me sometime during that particular Shabbat. We say “comfort food” because we want to comfort others, and in comforting those we love, we also comfort the hurting parts of our selves.

Chicken Tajine with Prunes and Almonds
From Levana Cooks

A friendly warning: You will never be able to speak disparagingly about the lowly prune again after you have tasted this magnificent dish, so find something — or someone — else to pick on. You might want to make this dish a day, even two in advance. Just be sure to add the sesame seeds and almonds immediately before serving so that they retain their crunch. Skip the sesame seeds on Passover, and double up on the almonds.

1) Heat the oil in a large wide bottom pot.

2) Add the onions and cook on a medium-high flame, stirring occasionally, until dark.

3) Add the sugar and cook 1 more minute: The mixture will caramelize. Add the chicken, saffron, turmeric, cinnamon sticks and ground pepper, and 3 cups water. Bring to a boil, then reduce to medium-high, and cook covered for 1 hour.

4) Add the ground cinnamon and the prunes and cook another 15 minutes.

5) Transfer the chicken and prunes to a serving platter with a slotted spoon. The liquid left in pot should be the consistency of maple syrup. If it is too thin, reduce on a high flame until thickened, and pour over the chicken. Serve hot.

6) Arrange chicken and sauce on platter. Just before serving top with the sesame seeds and almonds.