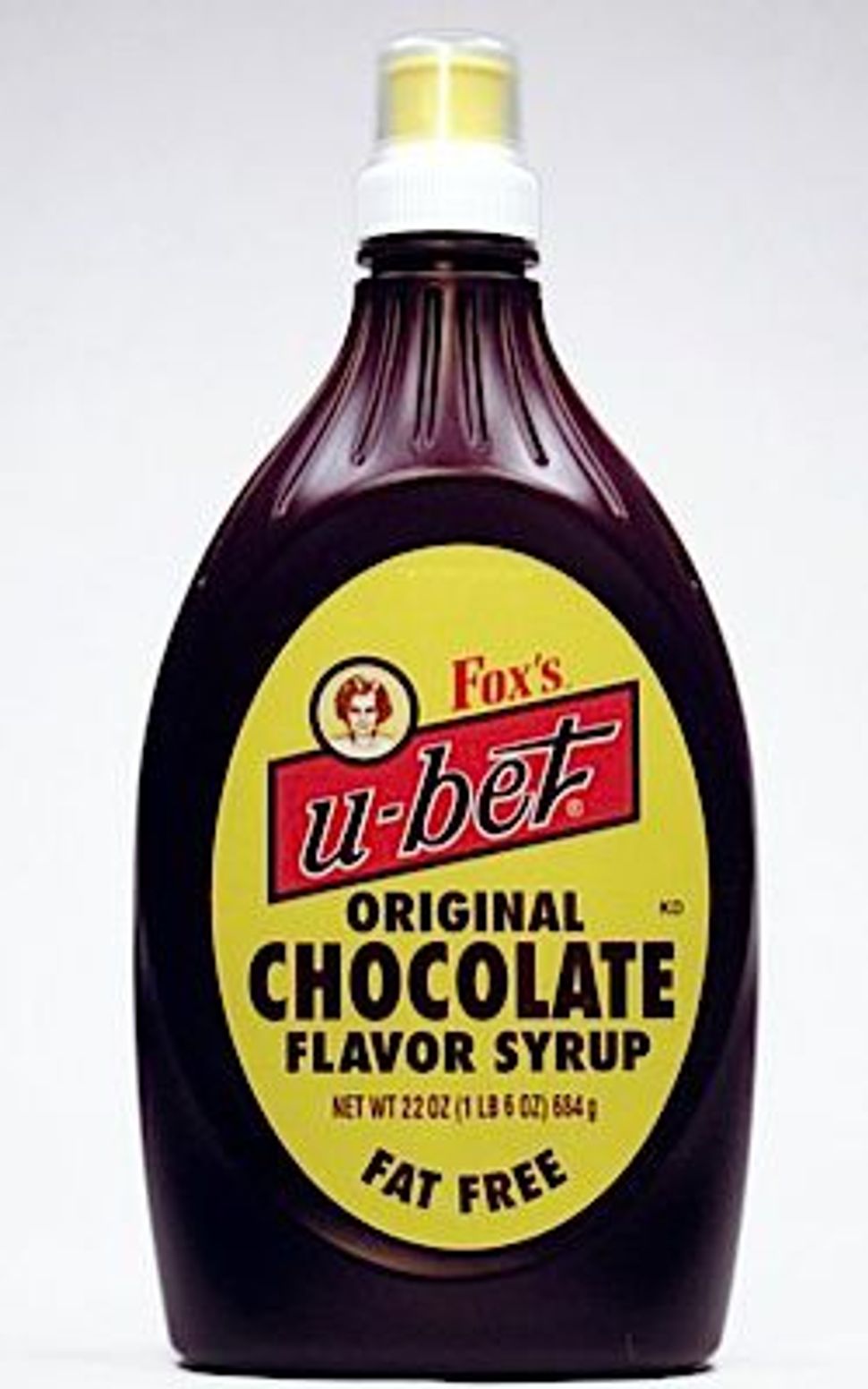 Image by Courtesy of H. Fox and Company

It is only Hanukkah, but the time has come once again, as it has for more than a hundred years, to ready his plant to produce the Passover batch. Fox’s U-Bet is used all around the world, and year-long; Passover is no exception.

Kashering the syrup for Passover is no small task. First the ingredients need to change. Only real sugar will do for replacing the corn syrup, producing something a bit sweeter while maintaining the smooth, round taste that distinguishes the syrup from other brands. But sugar is expensive. “Yet we don’t charge more.” Why not? “We are the only chocolate syrup that I know of that’s kosher for Passover,” he explains. “We just don’t think it’s the right thing to do.”

Next, the vessels need to be kashered, the whole processing line from beginning to end. Everything is sanitized, sterilized, and boiled up. It takes an entire day to prepare, a lost day of production. The 36,000 square foot factory, once up and running, will produce 2,000 crates on a good day, each containing a dozen bottles.

And of course, you need a rabbi to oversee it all. Fox’s rabbi has been with the company for 45 years. “He’s not in the OU,” David explains, referring to the Orthodox Union, one of the largest and oldest kosher certifying agencies in the country. “But he is extraordinarily versed.” Fox’s rabbi, however, is not the problem. It’s everyone else, he says. It’s a society whose values are different from the world in which U-Bet was first born.

H. Fox and Company was founded in 1900, by David’s grandfather, cooking syrup over an open flame in his tenement house in Brownsville. But he was more than a syrup entrepreneur. He was also a gambler. One day he traveled to Texas with an eye on an oil well investment. The well was dry. While he failed to pick up a fortune, he picked up the phrase: you bet it’s good! Originally the label read ‘Fox’s U-Bet It’s Good.’ Over the years it became simply Fox’s U-Bet. The syrup has been touted by Jerry Lewis, Rob Reiner, and even Mel Brooks in the pages of Playboy, amongst others. The rest is history.

David is approaching his 69th birthday, running one of the two or three syrup companies left in the New York metropolitan region. His son, Kelly, has since joined the business. But when David first worked professionally within the company, there were three to four dozen competitors down the block, it was a different time, when the rabbi’s word was all that was needed to assure consumers a product was kosher.

Now when some people hear that Fox’s U-Bet’s rabbi is not with the OU, preventing the syrup from carrying the more stringent OU heksher, or kosher mark, they inevitably ask David why they don’t change their certification. “Because we’ve been working with a man who has been with us almost 50 years,” he tells them. “He’s grown with us. He’s part of our family. I don’t think it’s the way we should run our lives.”

David’s pride in his product is about more than quality and values. With egg creams, he tells me, “I don’t think it’s only a taste sensation.” It is something more, much more. “I think the concept of going in and ordering an egg cream brings back a lot of memories. It puts them back into a different time.” For David, that is a time when nothing was better than an afternoon spent with a Spalding and a broom, playing stick ball. “It may only be for seconds, but they lose themselves.” With every bottle of syrup purchased and egg cream mixed, a company is supported that embodies a way of being in the world held over from an earlier era, maintaining a family-run business which proudly stands against the tide of history, refusing to fire it’s rabbi. “At the end of the day,” David tell me, “when you die, all you’re left with is your name, your name and what it represents.”

Barry Joseph writes occasionally for both the Forward in print and on this blog. He is currently working on an upcoming book called “Give Me Seltzer.” For more on the project, Barry invites you to join the Facebook group and visit the blog Give Me Seltzer.