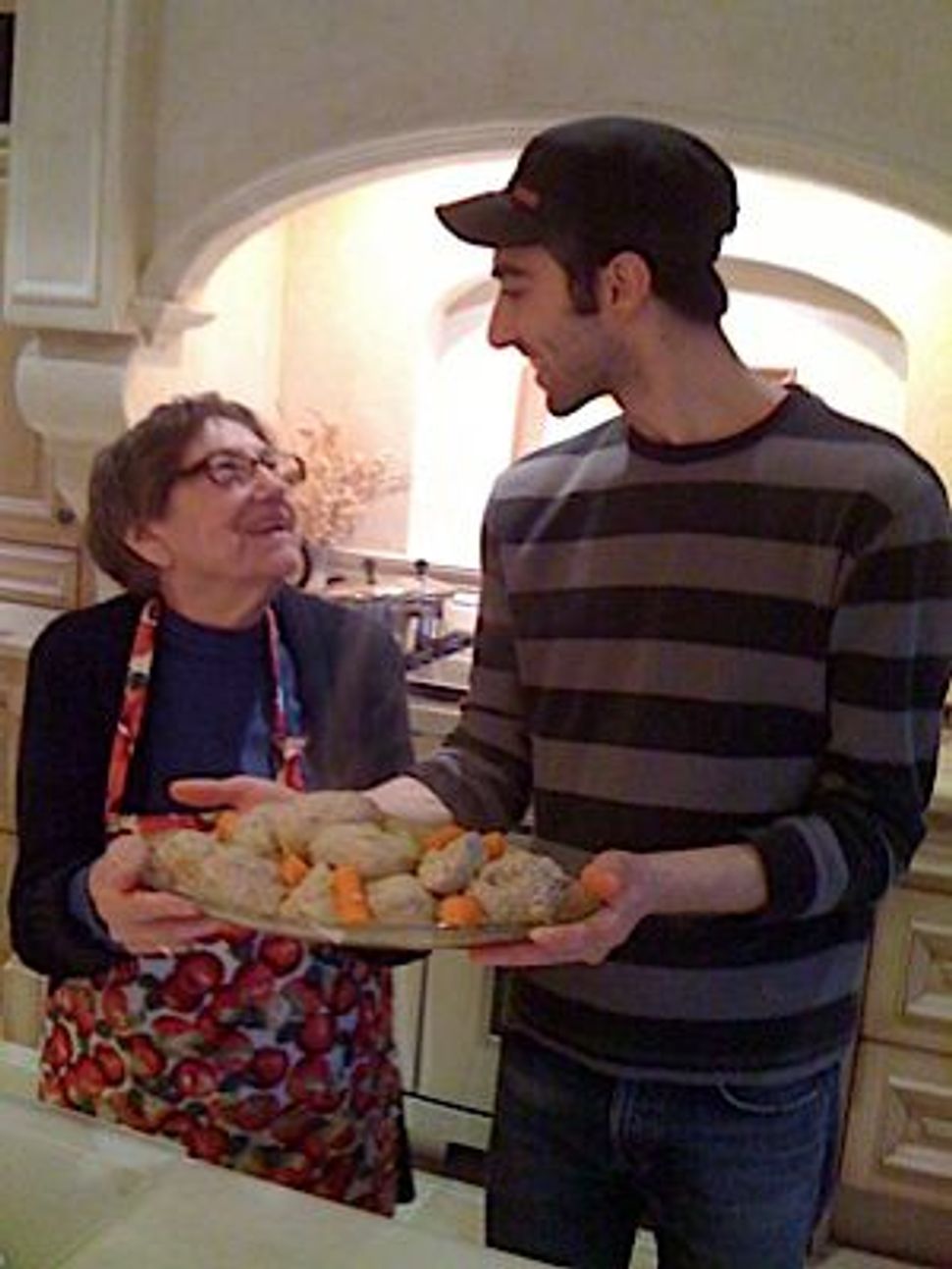 As I suspect is the case with many Jewish families, my family has been in a gefilte fish crisis for as long as I can remember. When a family grows up with homemade gefilte fish from the hands of a Jewish bubbe, and then bubbe deems making the holiday treat from scratch “too much work,” eating jarred gefilte fish just won’t cut it. Panic ensues.

We’ve resorted to what can be best described as gefilte roulette: each year we try out a new “homemade” gefilte fish from various kosher specialty stores. Sometimes we stick with one variety for a few years, then we discern subtle changes that leave a bad taste in our mouths — one store’s fish becomes too sweet or not sweet enough, another’s is too salty, and one tasted spoiled. Despite the minor flavor and textural nuances, these commercially produced gefilte fishes are all strikingly uniform in their long loaves and pale complexions. But, when done right they can be tasty.

For the past few years it seemed like we had found the right fish from a shop on Staten Island that a family friend brought to our home. This year he could not make the trip and driving to Staten Island is out of the question for my New Jersey family, even for gefilte fish. What then would we eat between our egg in saltwater and our soup at the seder?

“I’ll make it this year,” I announced after a long deliberation and one successful trial run in Brooklyn made with salmon and whitefish. My mother was delighted, but the rest of my family didn’t seem too excited. Much like my homemade matzo balls, if they are new or unfamiliar in any way, they will probably disappoint.

But so it is with reclaiming a classic Jewish food like gefilte fish, a staple of so many holidays yet one that is so often misunderstood or derided by some as the hot dog of the sea. To gain acceptance for my gefilte fish I partnered with my grandmother.

First step was procuring high quality fish, both fresh and as sustainable as possible. My grandmother insisted that we use carp, which she ate growing up, in addition to the pike and whitefish.

Fortunately, the freshwater fish that make up gefilte fish are generally more sustainable than more popular saltwater fishes. The fishmonger explained that nearly all of his fish comes from Lake Michigan. According to the Monterey Bay Aquarium’s sustainable fish guide, Seafood Watch, lake whitefish from the Great Lakes is a “best choice” fish, and wild-caught yellow pike is a “good alternative.” Freshwater carp is also considered a more sustainable fish option, when not confused with its invasive cousin, Asian carp.

Back at home in New Jersey, Grandma Ruth and I set up shop. We began mixing the three types of fish in a large bowl, slowly adding onion, eggs, ground almonds, and homemade hand-sifted organic spelt matzo meal.

The whole process seemed like an elaborate, fishy version of making matzo balls. Grandma concurred. Throughout our session she shared fond memories of keeping a carp in the bathtub in Poland and making gefilte fish with her mother before the war. I learned from a cousin during the holiday that she stopped making gefilte fish not just because it was too time consuming, but because the shops around her in Massachusetts stopped carrying the necessary fish, as supermarkets replaced independent Jewish stores.

The moment of truth came when we served the fish the first night. The feedback was instantaneous and positive. “It actually tastes like the fish,” someone said, happy to taste more than just sugar. It had a subtle fish flavor, with a strong presence of carp, all accented so perfectly well by the sweet and bitter beet horseradish. Everyone was very impressed, as if making gefilte fish were as complicated as making a stellar brisket. It’s not. It’s just a forgotten art by too many.

My brother-in-law, a gefilte fish skeptic (is it really an acquired taste?) promised to try it after years of foregoing the experience. “I still didn’t like it,” he said, “but it’s the best I’ve ever tasted.”

Next year we’ll make it again for sure. And to complete the picture, we’ll make the horseradish too.

1) Place all the ingredients for the stock in a large stock pot. Bring to a boil, then simmer. Prepare the fish while waiting for stock to boil.

2) Add to the ground-up fish all the other ingredients for the Fish, everything chopped fine. Blend the mixture with a wooden spoon. It should be a bit gooey.

3) Dip your hands in a bowl of water and mold the fish into an oval shape with a fat center, delicately placing each patty into the stock. The fish should hold shape. If it does not, add more hand-ground spelt matzo meal.

4) Slowly simmer on low flame for 20 to 30 minutes. Let the fish cool in the pot and then as you remove the patties, place them directly on a plate or platter. Once you’ve removed all of the fish, strain the stock, which when chilled will jell, as long as you used the fish bones. If not, add unflavored gelatin.

5) Serve. Preferably with the carrots cooked in the stock, the jelly and horseradish.