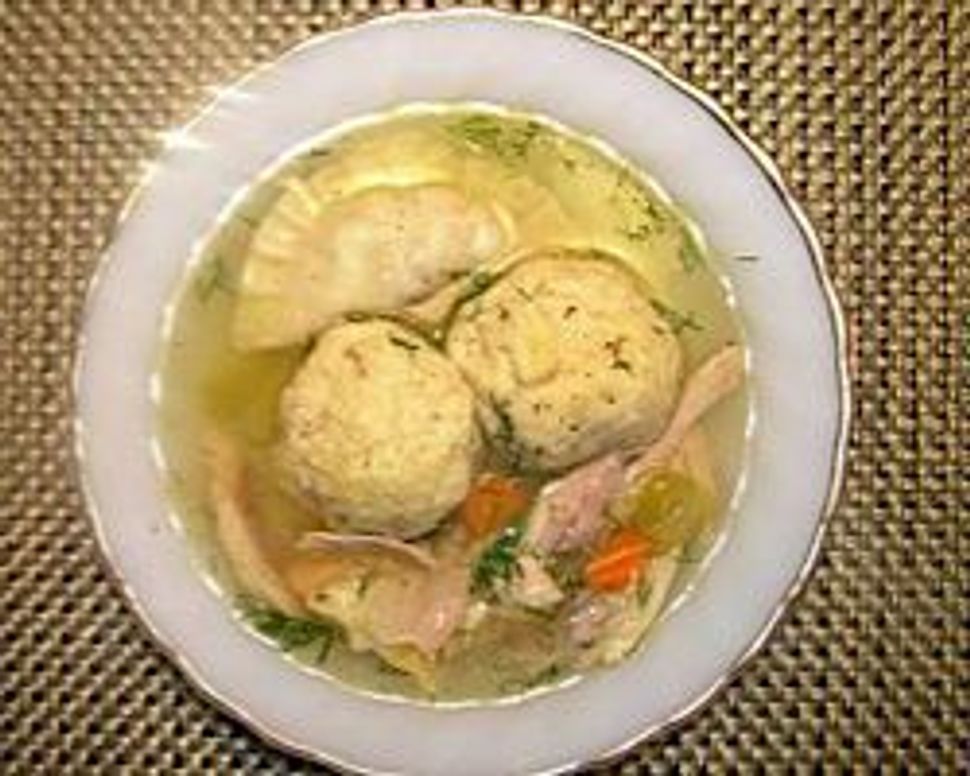 Image by Courtesy of Inna's Kitchen

Despite our best intentions to raise awareness about the importance of sustainable, healthy food and the critical role of cooking it at home, we know that the majority of unhealthy calories and the largest increase in food consumption over the past 50 years has occurred with food purchased outside of the home, according to the Keystone Forum on Away from Home Foods. One might wonder: why are Jewish food establishments not working to create more healthy and sustainable menus?

While there are a few options, like those at last week’s Deli Summit, they’re mainly located in the sustainable food meccas of New York and Berkeley. Last week, that list grew one restaurant stronger with Inna’s Kitchen, a new player in the Boston Jewish food scene. Opened last week by Inna Khitrik and her son Alex, Inna’s Kitchen is a new Jewish deli in Newton Centre focused on sustainable healthy Jewish foods from a variety of cultures.

Originally from Belarus, Inna is passionate about traditional Jewish cooking, and offerings at the deli include items ranging from borscht and vegetarian stuffed collard greens to shawarma and shakshuka. Inna’s is also serving up more traditional deli fare such as house-cured corned beef and pastrami, lox and eggs, knishes, blintzes, chopped liver and rye bread. One of Inna’s specialties that elicits frequent questions from customers is shuba, a traditional Russian dish made with potatoes, herring, onion, beets, carrots and eggs.

Blending food cultures and religious lines, the deli includes some kosher meat products but has chosen to not become certified kosher. While they highlight deli classics, Inna’s Kitchen’s priority is to serve healthy, simple versions of traditional eastern European, Russian and Mizrachi Jewish food, made with ethically and locally sourced ingredients.

She believes that local, sustainable and organic food “is simpler! And we make simple food, it is healthier and it tastes better. If ingredients don’t taste natural then we can’t make our food taste good.” As the former head chef and kitchen manager of Jewish Community Housing for the Elderly in Newton, Inna’s emphasis on healthy ingredients and simple recipes is a welcome addition to the usual compliment of Jewish food on offer in Boston.

Last week, I had an opportunity to sample Inna’s Kitchen’s food. And while I may quibble about whether the tasty mushroom knish was more of a boreka than a knish, the beautiful plate of pickled vegetable salads was a wonderful complement to the perfectly fried falafel and tangy hummus. Who knows if it’s the organic chickpeas or Inna’s secret recipe, but customers are already speculating that Inna’s falafel is good enough to give longtime Brookline kosher falafel purveyor Rami’s a run for its money.

Although the deli is still determining many of its sourcing channels including some kosher meat products, currently Inna’s Kitchen will be serving: house-cured corned beef from anti-biotic and hormone-free beef from Meyer, antibiotic-free turkey shawarma from Plainville Farms, tomatoes and asparagus from Wilson Farms in Lexington, MA, fair trade coffee from Equal Exchange and organic ingredients when feasible, including the chickpeas for the falafel and hummus.

Alex, a member of the Farm to Shul Initiative at Moishe Kavod House, agrees with his mom that “since we cook our food from scratch, from simple ingredients, we need to use high quality ingredients.”

By the time Inna’s Kitchen becomes a fixture in the small list of Jewish food establishments in Boston, it will have made its mark locally as the catalyst for introducing more locally grown healthy veggies and meat into the “Jewish diet.”

Aliza R. Wasserman studied food and agriculture policy and works for a local public health department. She is the founder of the three-year old “Farm-to-Shul” effort based at the Moishe Kavod House in Brookline, MA.