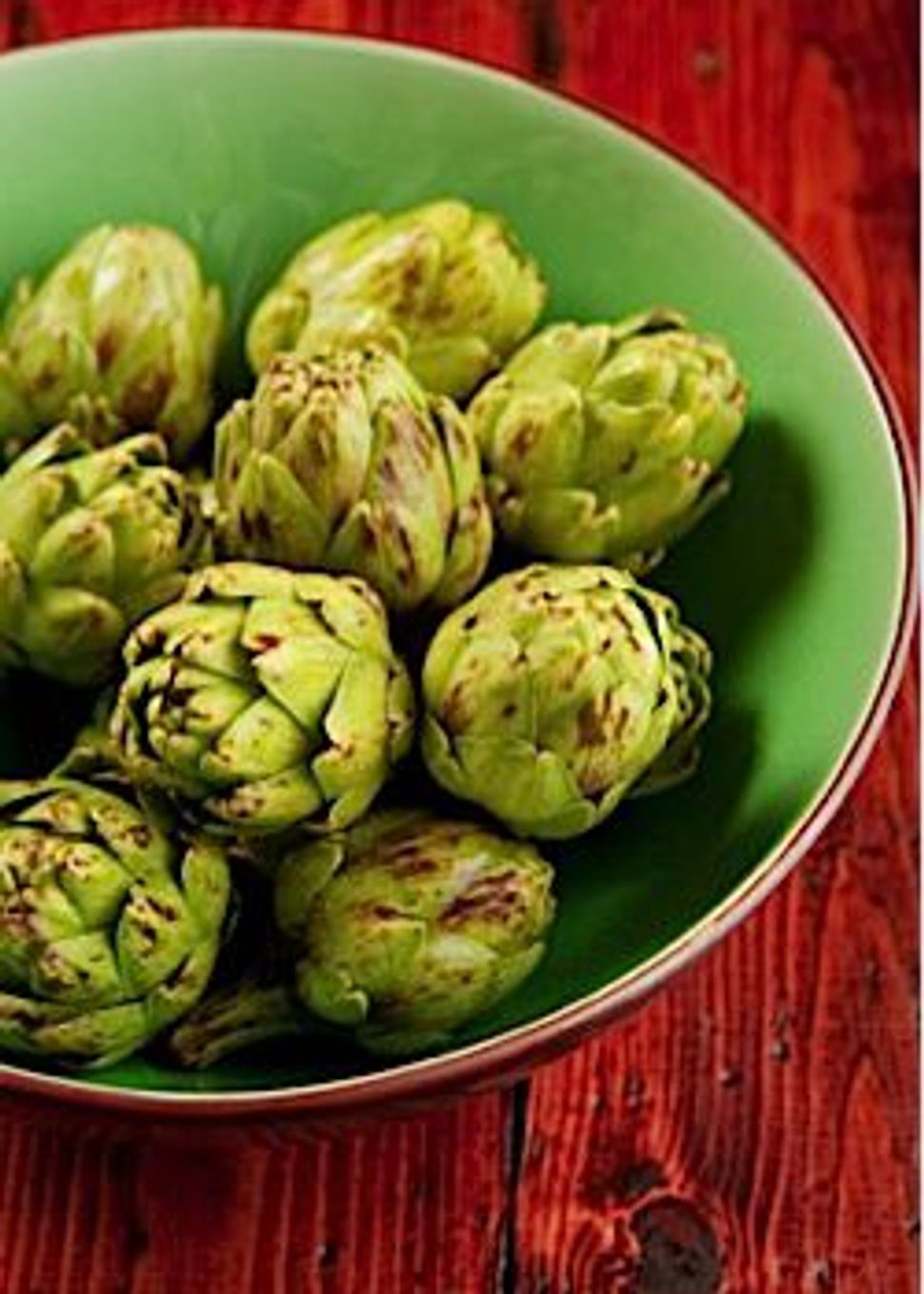 Yoshie and I arrived in New Orleans on a Friday morning. We were newlyweds on vacation, staying with our friend Josh for the Sabbath before spending a few days exploring the city.

Early in our relationship, the Sabbath had been a point of contention between Yoshie and me in that he observed it and I did not. To me, the Sabbath felt like a foreign country — intriguing, but filled with unfamiliar customs and signs written in a language I couldn’t quite understand. As our relationship grew, I gradually began to learn and like more about celebrating the Sabbath, and together we had begun to define the boundaries of a shared religious practice. Still, while we had found a good rhythm in our observance, I worried about how well it would translate away from home. (I must have forgotten that “worrying” is not a popular pastime in the Big Easy.)

We took a cab from the airport to Josh’s house. We found him there in the light-filled kitchen, kneading challah dough and contemplating how best to cook a bunch of kale he had pulled from his community garden plot that morning. Through the window I saw his housemate — and the house’s owner — Rae, working in the backyard, her long silver-gray hair pulled into a braid. Josh had assured us we would like her.

When Rae came in to greet us, we asked if there was anything we could do to prepare for the Sabbath Absolutely not, we were told. We should take a bike ride, explore the French Quarter and find a tree to sit under in Audubon Park. As she talked, she began to make a snack — were we hungry?

She found a hunk of blue cheese and a few steamed, whole artichokes in her refrigerator. Next she began pulling bottles from her cabinets, pouring some of each into a bowl, whisking, tasting and adding in a bit more until she was satisfied with the mixture. I watched her work, grinning at the feat of culinary alchemy unfolding on the countertop.

Within a few minutes, we were sitting at the kitchen table drinking sun tea and dipping artichoke leaves into a tangy blue cheese dressing sweetened with balsamic vinegar and maple syrup and softened with rich tahini paste. In my own Shabbat practice I often found myself forgetting to eat on Friday afternoon while scrambling to prepare food for the next two days. But Rae’s artichokes felt somehow part of a larger whole – a Shabbat ritual all its own.

That night, about 15 people gathered around the long rectangular table on the back porch – housemates and assorted friends, Rae’s daughters and her two young grandchildren. The air was warm and breezy, and the glow of the candles cast a dreamy glow into the deepening night.

We sang “Shalom Aleichem” and “Eshet Chayil” (a woman of valor), a song that extols a woman’s virtues and is traditionally sung by a husband to his wife at the Shabbat table. I had balked the first time I heard it sung. It seemed old fashioned and out of touch with the sense of egalitarianism I valued in a relationship. “In our household we have the tradition of directing the song to whoever did the most work in getting ready for Shabbat that week,” Rae explained, as if reading my mind. That night, Josh got the honor.

This alternative interpretation immediately put me at ease. How amazing, I thought, to take something that felt uncomfortable and problematic and, instead of abandoning it, imbue it with new meaning. I glanced over at Yoshie to check in – and found him smiling while he sang.

We blessed the wine and the bread, digging into Josh’s still-warm challah loaves, now puffed and warm and covered with sesame seeds. Bottles of wine were passed around, followed by the kale, which had been sautéed with garlic, and a table full of other dishes. We drank and ate, we talked – and sang! Rae was thrilled to have new, eager voices at the table, and kept the melodies going long after her grand-kids had been tucked into bed, and our own eyelids began to droop.

As tired as I was – from the flight, the afternoon bike ride, and the wine – I also felt a sense of electricity. Rae’s Shabbat table was relaxed and warm, full of good food, easy hospitality and song. I had arrived that morning feeling nervous about celebrating Shabbat in a new place. I left feeling inspired for the next week, when I could bring a taste of New Orleans back to our table.

This recipe is an approximation of what I remember the artichokes tasting like – which is fine because Rae was making it up as she went along. Serve it as a snack or during the salad course at dinner.

Stir together blue cheese, tahini, maple syrup, soy sauce, balsamic vinegar, and chili flakes in a small bowl until smooth. Adjust any ingredients to taste. Serve alongside steamed artichokes – either warm or at room temperature – as a dipping sauce.

*Letting the blue cheese warm to room temperature will make it easier to mix.