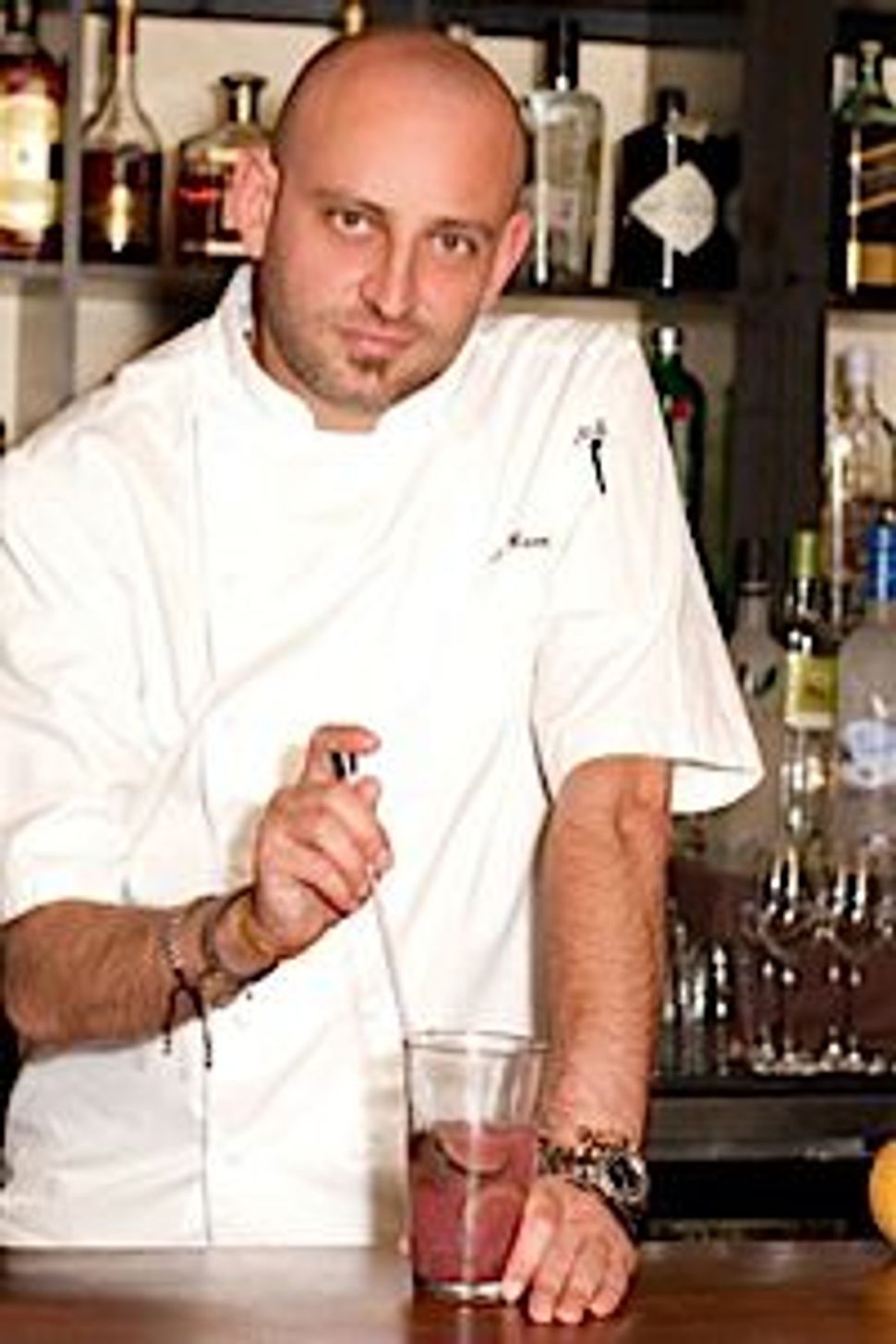 Alex Reznik never thought he’d be a kosher chef. But when he was asked to lead the kitchen at La Seine Bar and Grill, in Beverly Hills he jumped at the opportunity to get back in touch with his roots, and modernize kosher cuisine. “I thought, ‘Why can’t kosher food just be great food?”’ he said.

The Kiev-born, Brooklyn-raised Reznik, was working at Cafe Was, a (non-kosher) celebrity hangout in L.A., when La Seine’s owner, Laurent Maslieh, approached him about his soon-to-open kosher restaurant. Reznik, a “Top Chef DC” alum was up for the challenge.

He and the owners of La Seine hoped the appeal of La Seine would reach beyond the kosher clientele, and they’ve been able to attract both Jewish and non-Jewish customers. Reznik likes to think he achieves this by cooking great food that “just happens to be kosher.”

While he’s still learning the ins and outs of kosher cooking, Reznik, 34, said his biggest obstacles don’t involve food, but the clientele’s tastes. “Kosher eaters can be turned off by the food sometimes… Most people are used to eating salmon and chicken that is so well done, they ask me to overcook it. They also want to know what a fiddlehead fern is and what it’s doing on their plate. They want a pound of mashed potatoes and 32 ounces of meat or they’re not happy.”

“I think they really need to be open to change,” he said.

In addition to introducing kosher diners to more sophisticated fare, he’s also exposing them to local, farm-fresh foods. Much of the fish used for sushi is locally sourced, though some, like the yellowtail, is from Japan and other Pacific waters. And about 95 percent of the produce Reznik cooks with is local. He goes to the farmers market about once a week and builds a menu that reflects what’s fresh. “On a Kibbutz they cook with local foods, out of necessity,” he said. “Our great grandparents did farm-to-table cooking out of necessity, too. I’m hoping people come along and become more interested in supporting their local communities.”

Despite the challenges he finds with his diners’ palates, Reznik doesn’t want for much in the way of ingredients in his kosher kitchen. “I thought I’d miss butter, cream, pork and shellfish, but I don’t at all,” he said. “Kosher chicken is delicious; so is the lamb, which comes out of Colorado. But the biggest problem is the quality of beef,” he said, “We need better kosher slaughter in this country. I work with my butcher and there’s just not a demand for higher quality,” he said.

Reznik knows a thing or two about high quality meat, having worked at some of Vegas’s most celebrated restaurants. He attended Le Cordon Bleu academy in Vegas, where he once lived and later worked in Bally’s and the Paris hotels, as well as Lutece at the Venetian. He moved to L.A. to join the team at Ivan Kane’s Cafe Was, and took a brief break to appear on “Top Chef.”

Reznik’s experience on the chef competition show wasn’t completely positive. There was one particular incident in which it appeared he had stole a fellow competitor’s pea puree. “The Top Chef experience was a lot of fun, I got to learn a lot and worked with great chefs that are still friends.” But, he said, “I probably wouldn’t do it again. It’s an edited show. I like to say I have a lot of character. I’m an honest person. I wouldn’t do things that they made it appear I did. They do mislead certain truths and realities. There was a lot of negative. That was not my intention — it was just to be a culinarian.”

But his experience competing in “Top Chef” challenges may very well have prepared him for the kosher challenges he faces today. “I really think [kosher cooking] has made me grow as a chef. In the future, if I choose to not cook kosher I’ll have the advantage of knowing how to use different olive oils, soy milks and almond milk. Sometimes it’s good to be challenged.”

Reznik serves this as a cold appetizer with pickled beets and a wonton crisp.

2) Whisk in 2 tablespoons chives and taste for seasoning.

3) Cover and refrigerate until needed. Will keep for 4 days refrigerated.

4) Preheat a shallow pot over high heat. Add the water and lemon juice; the liquid should be about 3/4 inches deep. Generously season the whitefish fillet on both sides with salt and pepper.

5) Put the whitefish in pan, and bring the water to a simmer. Reduce the heat to very low, tightly cover the pan, and poach the fish until medium rare, 5 to 6 minutes.

6) Remove the fish and let cool

7) Remove any pin bones from the whitefish and break the fish up into the mayonnaise.

8) Add the smoked whitefish and fold together.

9) Spoon into jars seal can stay up to 3 days