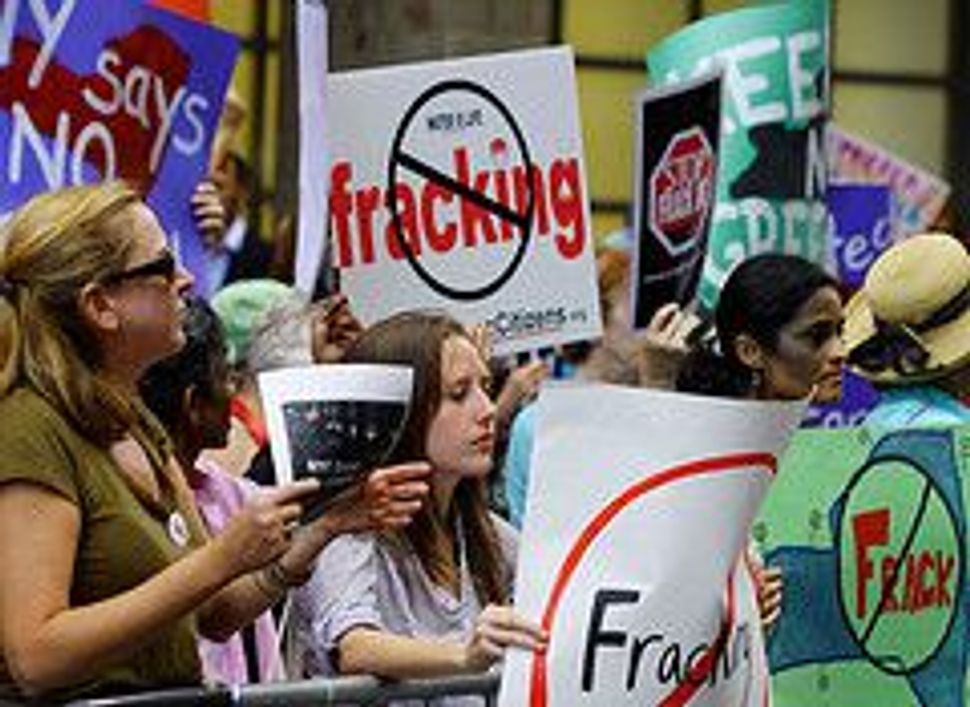 What do cottage cheese and natural gas have in common?

Earlier this summer the news in Israel was dominated by “The Great Cottage Cheese Uprising,” a consumer boycott of one of the country’s favorite foods. The boycott was prompted by a 75% rise in the price of cottage cheese.

I know it sounds like a stretch, but cottage cheese and natural gas have something in common. The reason that each product has triggered a revolt is that it is a symbol of a much bigger and more complex problem.

While the price of cottage cheese was rising in Israel, so was the price of other basics. As reported in the Jerusalem Post, the consumer price index has risen by 25% since 2006 while the average salary has risen only 2.6%. Like the United States, Israel has implemented economic policies that have resulted in a shocking increase in the gap between the rich and everyone else. These policies include excessive deregulation and shifting of the tax burden away from direct taxes to indirect taxes that are paid by the poor and middle class. On the surface Israel’s economy is doing very well, but underneath the surface, most Israelis are not doing better and too many are falling behind.

The boycott solved the immediate problem, but not the long term one. Within weeks of the launch of the boycott many Israelis stopped buying cottage cheese. The major suppliers lowered their prices and a Knesset committee was convened to look into the matter. Israelis were not satisfied. Now the cottage cheese boycott is turning into a movement for social justice that continues to bring out thousands of protesters. Maybe the cottage cheese uprising will turn out to be the beginning of a solution to the much bigger problems facing Israel.

What about natural gas? Opposition to drilling for natural gas in Pennsylvania and New York is focused on the dangers of hydrofracking. This is a new method of drilling that employs vast amounts of water, mixed with sand and toxic chemicals to extract gas from shale rock. It poses serious risks to water supplies in local communities and downstream to 15 million people who get their water from the Delaware River. The immediate dangers of hydrofracking are reason enough to oppose drilling in the Marcellus shale. But you have to look beneath the surface to understand the bigger problem.

Our energy system is unsustainable. The fossil fuels we are burning, including coal, oil and gas, are heating up the atmosphere. Although natural gas burns more cleanly than coal and oil, it releases greenhouse gases that are causing climate change just like other fossil fuels. The energy industry calls gas “natural” and “clean” to convince us to buy it, but gas is not clean and it is not the solution to our energy problems.

Of course cottage cheese and natural gas are worlds apart in other ways. Cottage cheese is the perfect target for consumer boycott. The decision to buy or not to buy can be made while standing in front of the refrigerator case in the supermarket. If you choose not to buy it there are lots of alternatives. Natural gas is a different story altogether. It is impossible to make an on the spot decision to boycott natural gas. If your utility company produces electricity by burning natural gas you can’t do much about it in the short term.

But in the long term, there is a lot that we can do as a society to change our energy system. Experts say that we waste up to half of the energy we produce. By becoming more efficient we can reduce the amount of energy we need. And we can expand the use of renewable energy, primarily from solar and wind. Every day brings more good news about the feasibility of meeting our needs with clean energy. For example, a new map prepared by City University of New York shows that solar panels on rooftops in New York City could provide almost 50% of the power needed at peak demand times.

All new investment should be targeted to clean energy, not to expanding our use of fossil fuels. Now is the time to make a commitment to the future, before we pollute the land and water in the Marcellus shale. We need to eat, but we don’t need to eat cottage cheese. We need energy, but we don’t have to burn natural gas.

Dr. Mirele B Goldsmith is a New York-based environmental psychologist and activist. She created the Tikkun Mayim, a ceremony for repair of our relationship with water, available at GreenStridesConsulting. She is also a member of the board of Hazon.