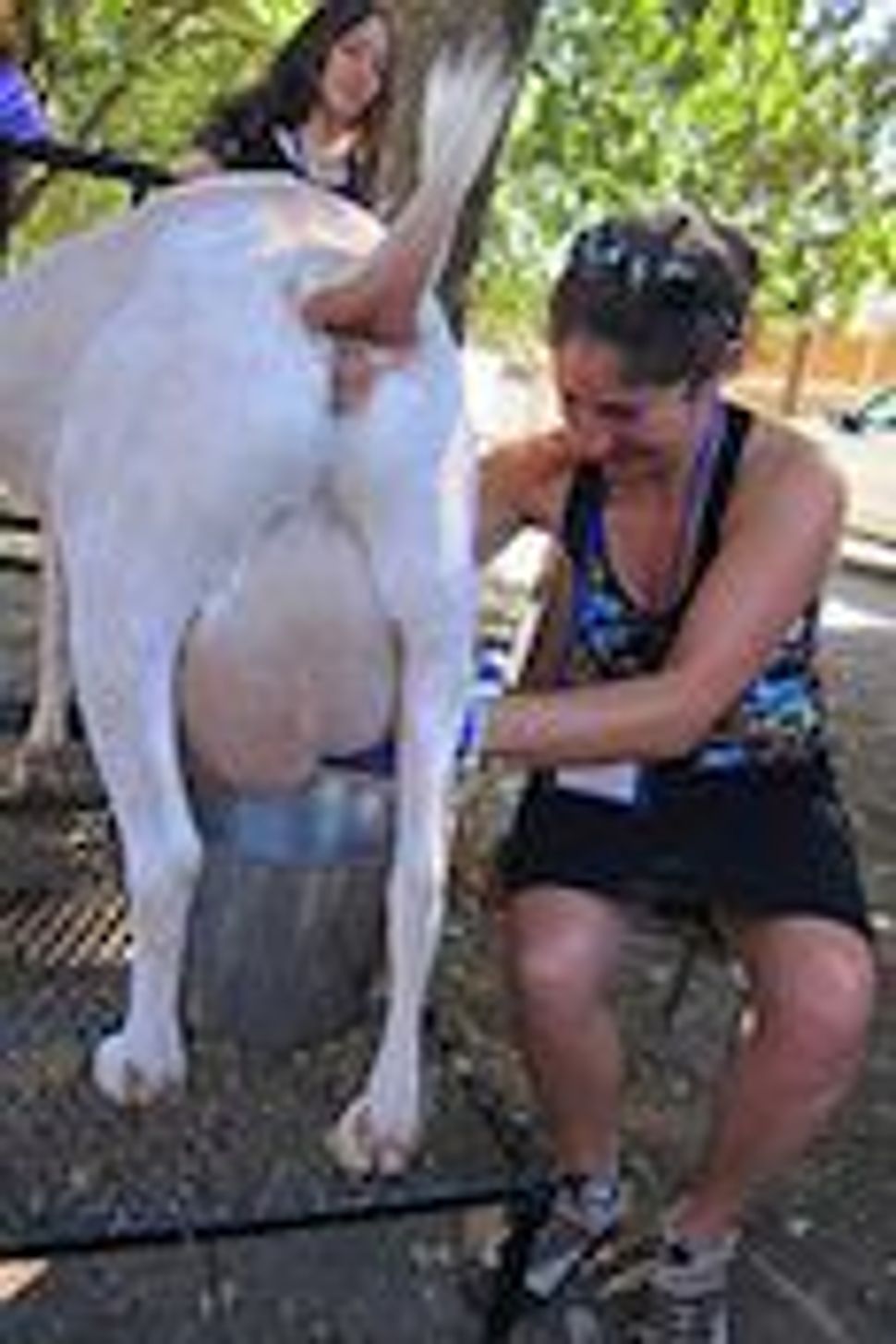 For the food conference participants, seeing the four-building complex replete with food kitchens, a wine laboratory, a brewery, a processing plant and an experimental garden was a full-circle kind of experience, where we could see the kind of work that goes on behind the scenes to put the ideas behind the food movement into action.

I couldn’t help but shake the feeling that we were in the bowels of the industrial food system for a bit, as we walked through the doors of August A. Busch III Brewing and Food Science Laboratory, sponsored by the Anheuser-Busch family, or the tomato industry pilot plant, in which pioneering efforts were done to develop diced tomatoes for canning (beforehand, Lafond told us, there were only the options for whole tomatoes or pureed tomatoes).

Nevertheless, the facilities and the work being done are nothing short of inspiring in the level of thought, care and research that goes into how we eat and how to improve our food systems. In the food kitchens, which were designed to resemble six different home kitchens to mimic how Americans cook in their homes, researchers work on their own exciting projects, such as mashed potatoes in pie hors d’oeuvres and healthy brownies for children made from vegetables such as rutabagas. Believe it or not, the brownies were not super successful due to an unfortunate flavor.

The viticulture and enology program, grape cultivation and wine making for the layman, was perhaps the most exciting component of the tour due to Davis’ proximity to Napa valley. According to Lafond, the wineries are “definitely watching” the developments among Davis researchers, including the highly specialized and experimental fermentation vessels which are wirelessly connected so students can measure ph levels from their iPhones: the future of wine making. Many UC Davis enology students move on to Napa valley. So too is the case with the students of the brewery, which despite being sponsored by Anheuser-Busch, actually feeds into other beer corporations such as Coors.

The buildings themselves, LEED certified structures, collect rainwater which is used for non-sensitive water needs in the buildings, and in the newest structure to be built, rainwater for the air conditioning system.

I can’t imagine a more relevant tour for the Hazon Food Conference, and a more perfect bridge between the industrial agricultural research that goes into preserving our foods and developing new and more efficient ways to improve how Americans eat and the sustainable food movement. I wouldn’t be surprised if the UC Davis food science program soon develops a more Jewish student body, and with it, a better way to can gefilte fish.