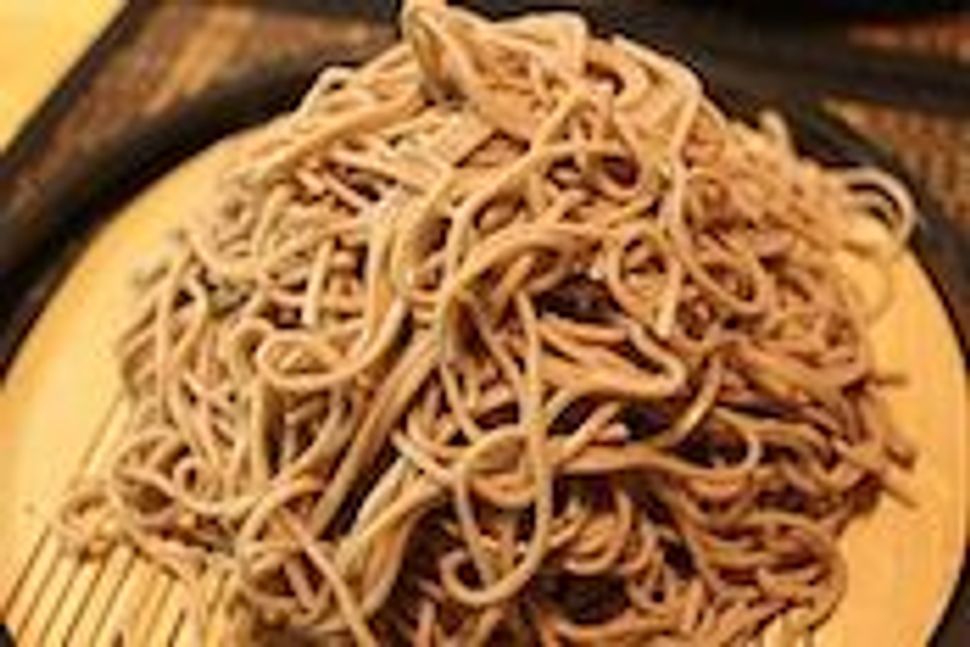 My first trip to Japan, as a college student, had nothing to do with food — I was there to learn the language — but at the time, with a lifetime of the sort of picky eating that inspires Discovery Channel reality shows, I knew that something would have to give. Just about every movie, guide book and first hand account I encountered warned of servings of rotten beans, sour plums and vegetables dug out of the Pacific. They also warned of extreme social consequences for turning down a single bite. White rice alone does not a healthy diet make, and somehow, hot dogs and chicken as my much-needed protein just didn’t seem plausible. And so, as I got on the plane, I made a promise to myself that, at the very least, I would push through the basics, figure out how to fake it.

To this day, I have no idea how it happened, but this sketchy plan worked out too well, and two years later I found myself boarding another flight, with the sole intention of cooking and eating everything Japanese that I could find. Fermented, pickled and aqueous; I’d sample them all.

Now, I’ve never kept kosher, and admittedly, Japan isn’t the friendliest place to start, especially for someone who eats out a lot. Shellfish is consumed quite regularly; pork has become a major part of the diet; and, despite rumors to the contrary, butter is consumed quite regularly in “yoshoku” (western) restaurants, although margarine hasn’t picked up quite the same stigma and is still available free of hazard warnings. Sticking to the mainstream supermarkets and relying on familiar ingredients (like cold cereal or baked beans) lent credence to rumors of prohibitively high prices and poor availability, as well.

The trick, I found, was to eat like the Japanese do — with seasonal vegetables and fish, purchased from the many tiny “yaoya” (green grocers) scattered about the back allies. As I filled up on new flavors and stocked my shelves with cookbooks, I was amazed at how little I missed the foods with which I had grown up.

Since childhood, you see, I had always classified kasha as my favorite food. I may have been picky, but this had nothing to do with the whimsically shaped bowtie noodles. I just couldn’t get enough of those earthy, aromatic buckwheat groats. Yet, while other old favorites like peanut butter had seemingly caught on, the kasha was nowhere to be found. Scattered, miniscule packets of millet, barley and “zakkoku” were tucked between massive bags of rice, the “king of grains”, but armed with naught but an anxious eye out for that familiar brown box on the shelves of every import store I could find, my quest seemed futile.

Enter my salvation, a visit from my family. From my mother’s suitcase emerged two boxes of the most beautiful sights in my stomach’s memory. Almost immediately, I cooked up a pot and spent a few meals gorging on nostalgia. Yet, from there, two things occurred to me:

Number one was delayed common sense: my mother would not come bearing comfort food every week, nor did I trust them in the mail. These two — well, now, one and a half — boxes would need to last.

Number two was more significant, as I ambled through the Nagoya underground shopping centers and passed one of dozens of noodle shops, where business men sat (or stood) hunched over steaming bowls of bonito and soy sauce scented broth, fastidiously slurping up soba.

Soba noodles, the uniquely Japanese creation, the first thing traditionally eaten to welcome the new year, the comforting dish that’s homey even when prepared by the best in the nation. Buckwheat noodles.

Blink. Buckwheat. There it was, right under my nose the whole time. The natural extension, even, of kasha varnishkes, only more efficient – the pasta and grain inhabiting a single noodle. Green onions and wispy enoki mushrooms were not unheard of as toppings, either, furthering the analogy.

Just like that, armed with the knowledge that buckwheat was so integral a part of the Japanese culinary culture, my searching vigor returned. Soba noodles, of course, were ubiquitous, available in most all groceries in fresh and dried form. Not surprising, given how closely the Japanese associate the flavor with that particular form: just as the word for rice can also mean “meal,” the word “soba” refers to both the noodles and buckwheat itself. That said, it seemed only proper that buckwheat flour, too, was relatively common. And after ages darting in and out of an international shop by Nagoya Station, I unearthed a tiny, expensive pouch of “soba no mi” – buckwheat groats – that looked just a little too pale, and seemed insufficient for a single bowl of kasha, but there it was, further relieving the anxiety over my own meager hoard. Then again, the little bag instructed consumers to mix it a tablespoon or two into a pot of rice just before turning on their rice cooker, a tip I gladly employed to stretch those boxes out. Less of the taste, perhaps, but that incomparable aroma was all there.

That aroma, in fact, was not overlooked by the Japanese, after all, as I discovered after taking on a private English lesson that met weekly in a family restaurant with an unlimited drink bar. Working my way past pitchers of orange juice and iced coffee, I perused glass jars full of loose teas –— and my eyes bugged out of my head. Among roasted green teas and roasted brown rice sat one more compatriot: the “soba cha,” or roasted buckwheat tea. Kasha tea! The resemblance was uncanny.

Whipping up a cup, I settled in to a deep, smooth cup. There were no noodles, sure, but the scent and flavor? The very essence of comfort. My culinary life lacked for nothing.