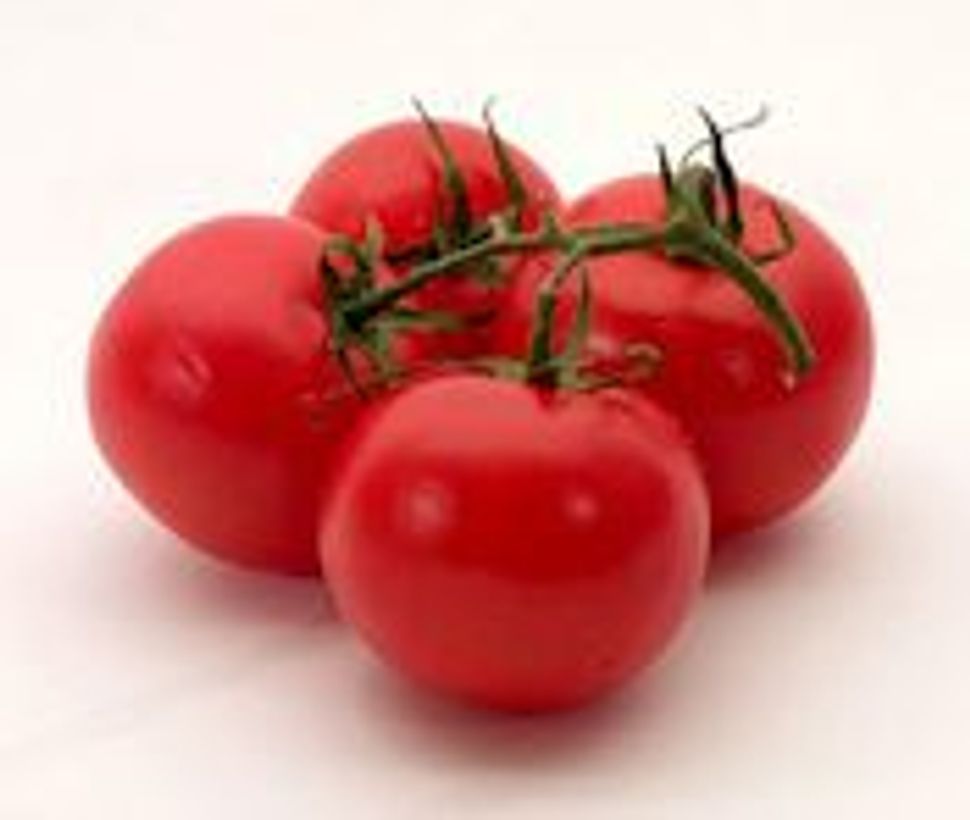 While attending the Hazon Food Conference at the University of California, Davis campus last month, I had the pleasure of leading a table learning and discussion at the Community-Wide Beit Midrash (house of study) program on Saturday morning. Sitting at separate tables in the large room, I was one of two people who lead sessions on non-Jewish rather than Jewish texts. The noise level was high but the energy level was fierce. My role was as facilitator, not lecturer, and I found it timely to present a topic inspired by a post in [Grist.com][2], which referenced a TED presentation by Frederick Kaufman called “The Measure of All Things.”

In the third video in the TEDx Manhattan series, Kaufman says that his purpose is to speak about the “retail face of sustainable food, the marketing of sustainability, and the great ‘green wash’ heading our way.” He introduces the Stewardship Index for Specialty Crops, an initiative based in Arizona and California. This Index focuses not on commodity crops but on lettuce, grapes, almonds, and tomatoes. It’s made up of farmers, food processors, large environmental groups and academics who are attempting to find consensus for a “measurement of a unit of sustainability” for conventional farming. This is self-regulation, aka “market capture” amongst economists. Their goal? A sustainability label.

Kaufman followed the tomato from the field to a jar of Ragu sauce at Walmart. He interviewed a tomato farmer, Frank Mueller, who claimed that the most important metric is how well the farm doing is economically. The Index learned from an earlier project, which was on peas, to use a minimum of KPIs (Key Performance Indicators). Kaufman realized that they’re not measuring sustainability; they’re measuring money. “Our generation fell in love with the meta, virtual, hyper, the derivative product” instead of the actual food. So, instead of following the tomato, he decided to follow the Index.

Kaufman next headed for the Applied Sustainability Center at the University of Arkansas Sam M. Walton College of Business, and spoke with Dr. Jon Johnson, the Executive Director, who is following 350 distinct sustainability indices. They cannot agree on which unit of measurement to use as a gold standard! So far, they’ve agreed that the nature of retail interface is a “sustainability speedometer.” (Cue the laugh track.) Kaufman’s conclusion: If we can do so, “this is the most incredible, intellectual, social, environmental and scientific achievement in our generation and the next and we cannot sell it short.”

This was ideal as a topic at the Food Conference Beit Midrash, because we were able to discuss all we wanted and without claiming to know the truth. My study participants argued vehemently about the need (or not) for a government standard for sustainability, a transparency and reversibility of the process, and the spiritual and economic nature of sustainability.

Hannah Lee’s shul is local, sustainable, and kosher (but not organic).