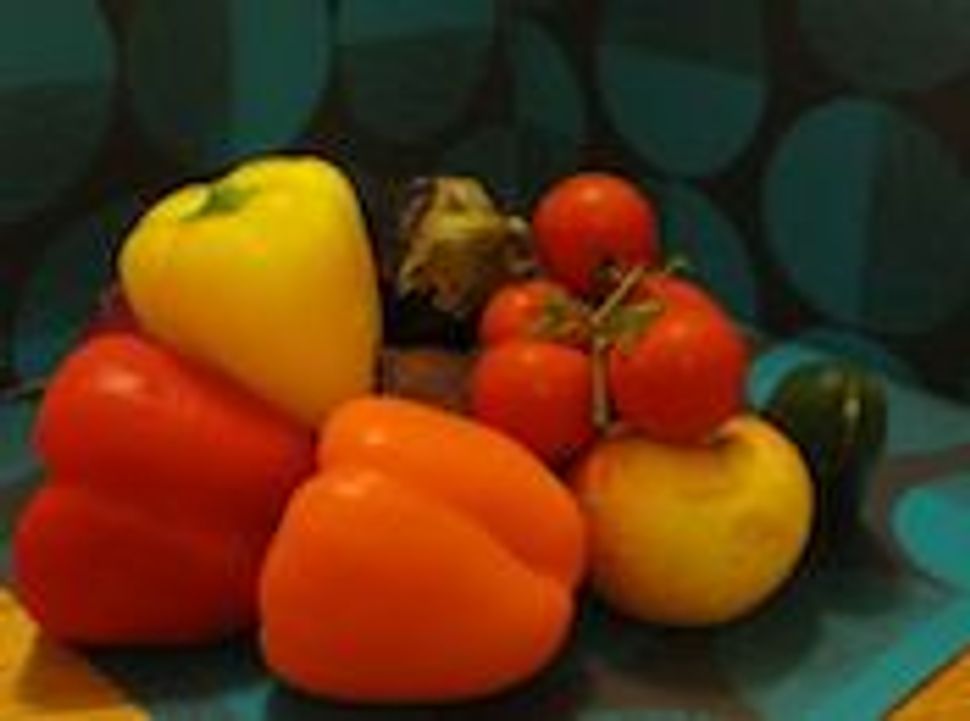 Image by Photo by Alyssa Berkowitz

Leviticus 23:22 describes the harvest commandment of peah, according to which we must leave the four corners of our field to be gleaned by the poor and the stranger. In the system of peah, leaving the corners of one’s field unharvested provides for the hungry in a way that addresses their needs while simultaneously preserving their dignity: the hungry can take produce as needed without the embarrassment or shame that could accompany receiving charity. For those of us living in an urban area, where the majority of the residents are not farmers, we can use the tradition of peah as guidance for the way we address local food insecurity.

This Sukkot, a program called Care to Share is doing just that.

A combined effort by UJA-Federation of New York, [Met Council] (http://www.metcouncil.net/), Americorps and Hazon, the Care to Share Initiative — which is taking place October 3-18 — is working with eleven New York Area Community Supported Agriculture (CSA) projects to encourage their members and others in the community to donate fresh produce to symbolically fulfill the harvest commandment of peah.

Most CSAs regularly donate their leftover shares to various emergency food providers, but the Care to Share Initiative allows community members to make an extra effort in battling hunger by involving non-CSA members as well. At the Ansche Chesed CSA in Manhattan, site volunteer Alan Divack stated that “Care to Share isn’t leftovers. People make a conscious choice to share their land in amplifying what we usually do.” He sees the Care to Share program as a wonderful initiative to combat the growing number of hungry New Yorkers and improve the connection between his CSA and the local emergency food provider. Just as the commandment of peah allows the hungry to glean from the field as needed and without judgment, Care to Share preserves the dignity of those in need: produce is donated directly to emergency food providers so that those in need of food need not feel embarrassed or ashamed about receiving charity. “Dignity works in a customer model. People go in and choose their food.” Using this model, Alan explains that it allows the person in need to food to be an agent in getting that food, rather than feeling guilty about receiving charity.

A story from Yalkut Shimoni, an aggadic compilation that was written following the writing of the Talmud, deepens the connections between Sukkot, care for the hungry and our place in creation:

God gathered the dust of the first man from the four corners of the world… Why from the four corners of the earth? So that if one comes from the east to the west and arrives at the end of his life as he neared departing from the world, it will not be said to him, ‘This land is not the dust of your body, it’s of mine. Go back to where you were created.’ Rather, every place that a person walks, from there he was created and from there he will return.
Yalkut Shimoni, Genesis 1:13

This story reminds us that the land is not our own but rather the source of all creation, and without it we would be nothing. As God’s creations, we must give back to the land that bore us, and accept the hungry and recognize them as part of our land and as part of our responsibility.

Take the opportunity during the holiday of Sukkot to remind yourself to take care of the hungry, in the spirit of the harvest commandment of peah. If you’re in New York, find one of the [eleven Care to Share sites][4] in NYC, Westchester and Long Island where you can donate fresh produce from your garden, supermarket or farmers market. If you’re elsewhere, check out AmpleHarvest.org to find a food pantry near you where you can donate fresh produce.

Back at the Ansche Chesed CSA site, one of the shareholders explained that her membership in the CSA allowed her recognize the presence of hunger in her neighborhood. Because of her participation in the CSA, she said, “I know that the hungry are not far away from us.” This Sukkot, we can work together in embracing the tradition of peah in partnership with the Care to Share Initiative in order to combat hunger in our area.

Alyssa Berkowitz is a student in the Joint Program between Columbia University and the Jewish Theological Seminar. She the Food Development Intern at Hazon, where she is currently working on the Care to Share Program.