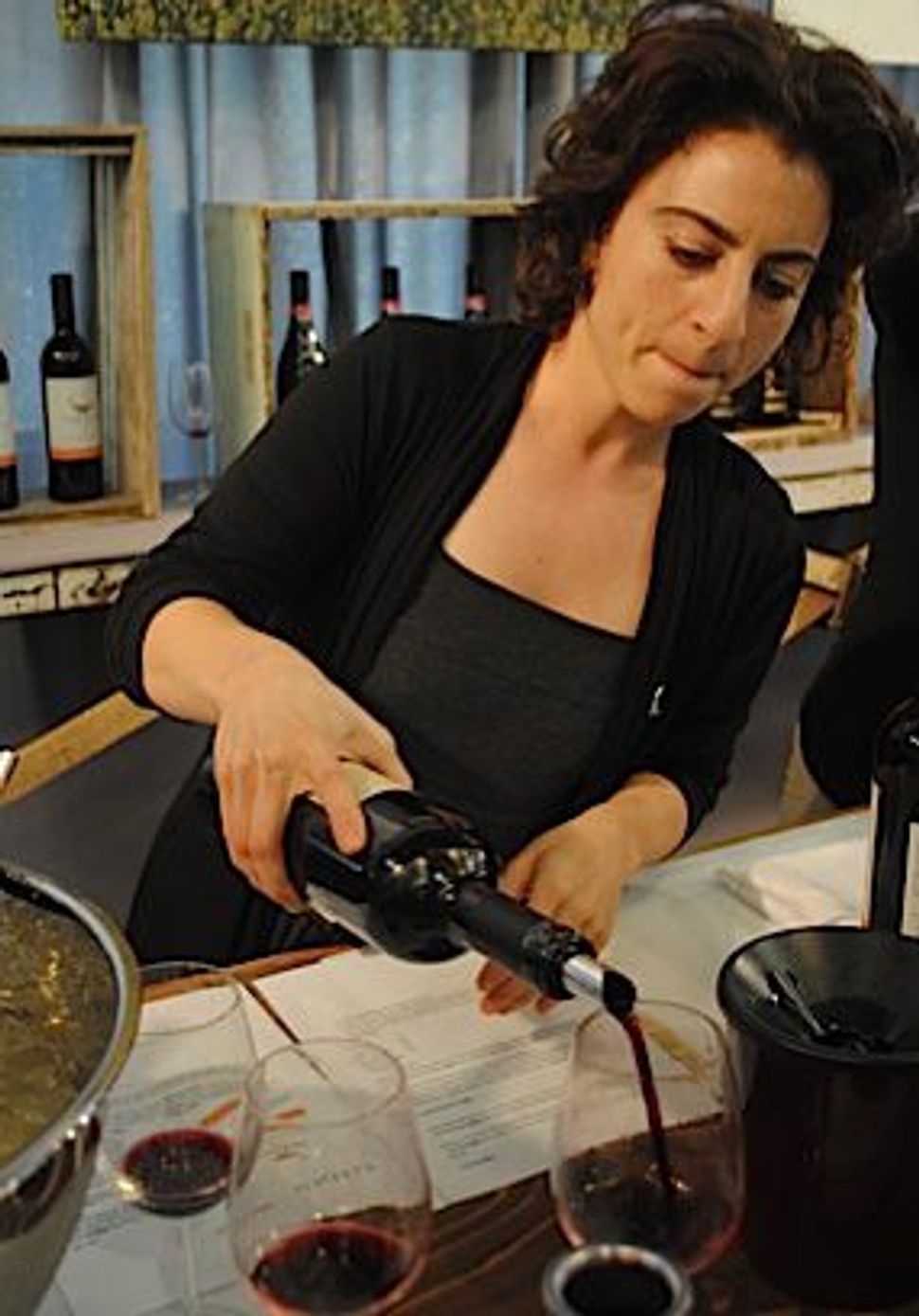 This week’s annual Sommelier Wine Expo in Tel Aviv brought dozens of Israeli wineries under one roof at the Nokia Arena. From tiny boutique producers to large companies, and from the northern Golan Heights to the Southern Negev, the mostly Israeli wines spanned a range of styles, offering something for everyone. After somewhere in the neighborhood of 50 wines were sampled, it was found that these five wines represent that spectrum, while standing out in the crowd with a distinctive product. All five are kosher, and most should be available in the United States.

Galil Mountain 2008 Avivim
One of only four white wines from Galil Mountain winery, Avivim is a blend of 25% Chardonnay and 75% Viognier. Although their straight Viognier is a pleasant wine, this blend offers more complexity in each sip. Viognier, which is a grape originally from the Rhone Valley in France, is a white wine varietal that has become quite popular in Israel. Aged for nine months in new French oak barrels, the dry white is golden in color and has notes of tropical fruits and honey with nice acidity. A joint venture between Kibbutz Yiron and the large Golan Heights Winery, Galil Mountain Winery has been producing wine in the Upper Galilee since 2000. It produces 1,000,000 bottles annually, only 10% of which are white. Galil wines are widely available in the United States.
Pair with: Fish or pasta.

Gat Shomron Ice Wine
Although Gat Shomron Winery mostly produce red wines, specifically very nice Shiraz and Merlot, their ice wine is what grabbed my attention. Considering Israel’s warm climate, ice wine is difficult to produce and requires mechanically freezing the grapes to achieve the desired effect. A dessert wine, Gat Shomron’s rendition is sweet without being cloying. The flavors — apple and tropical fruits — are well balanced, and the wine goes down nicely. Located in the Karnei Shomron settlement in the West Bank, Gat Shomron has been making wine since 2003. It may be tricky to find in the United States, but winemakers Avigdor Sharon and Lior Nahum say they are happy to export to America. Email [email protected] for information.
Pair with: A cheese platter for dessert.

Recanati 2010 Rosé
The newly released Recanati 2010 Rosé is made from Barbera and Merlot grapes, and it maintains a distinct red wine flavor with a crisp white wine texture. The grapes come from a single, high-elevation vineyard in the Upper Galilee. Rosé wine is even less common than white in Israel, and it is refreshing to find such a remarkable rendition. The wine is dry, though it has notes of strawberry and tart cranberry. Established in 2000, Recanati is located in the Hefer Valley of Central Israel, although it has vineyards in the Galilee. Recanati is widely available in the United States.
Pair with: This easy drinking wine would be excellent with chicken or turkey, and even though rosé is often considered a warm weather wine, this would fit in perfectly at the Thanksgiving table.

Yarden 2008 T2 The Yarden 2008 2T is the first-ever release of this particular wine and has only just become available in stores. As such, it has elicited quite a bit of buzz from the Israeli wine community. The late Israeli wine reviewer Daniel Rogov wrote on the Wine Lovers Message board in August, “Not everyone is going to appreciate the relatively recently released Yarden T2… it [is] one of the most fascinating releases in the country in the last 20 years.” I have to agree with him. The 2T is named for the two grapes in the 50/50 blend: Touriga Nacional and Tinta Cao. These Portuguese varietals are traditionally used for Port, and after being aged for 18 months in French oak make for a distinctive, complex, masculine wine. The medium-bodied wine is a deep red color and is high in tannins and alcohol (14.5%). Dark stone fruit, oak, tobacco and chocolate flavors dance on the tongue. Definitely allow this wine to breathe before enjoying. Established in 2001, Yarden is a subsidiary of the Golan Heights Winery and has vineyards all over Northern Israel. Yarden is widely available in the United States.
Pair with: Red meat.

Yatir 2008 Petite Verdot
The Yatir 2008 Petite Verdot was released only a few months ago and has been met with rave reviews. Dark red in color, this medium-bodied wine is slightly fruity, but not in the typical Israel, New World fruit-bomb manner. Rather, this well-balanced wine has a softness and grace to it. Typically used in blends, Petit Syrah is native to Bordeaux and has been found to be a good match for Israeli soil. Yatir, which has been around since 2000, is a boutique winery owned by the much larger Carmel Winery, and the only one of this selection located in the Negev. Yatir is available in the United States.
Pair with: Cheese, pasta with red sauce, or meat.