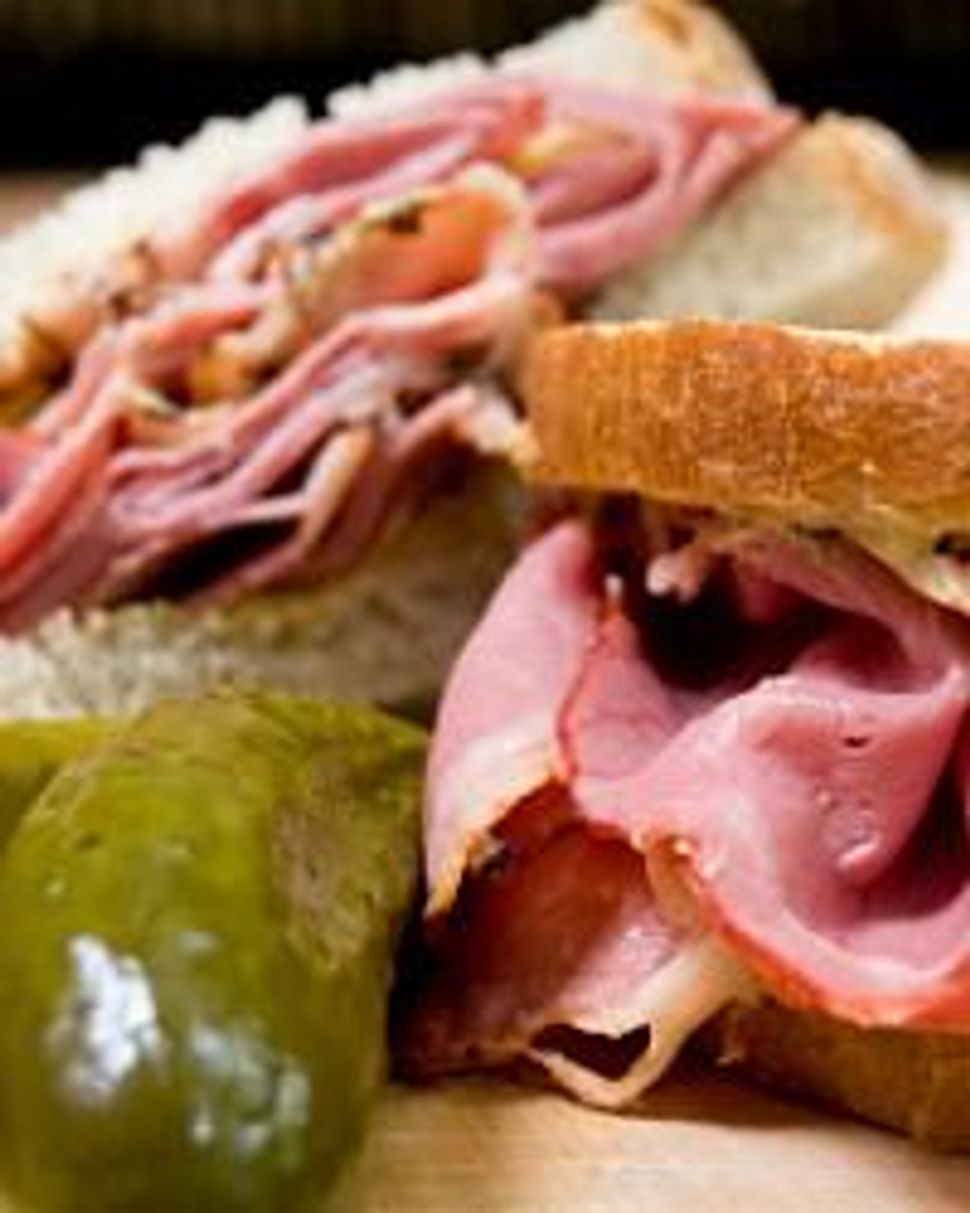 The Senate cafeteria will soon begin offering kosher food alongside its regular specialties (which include the famous ham-and-bean soup). As first reported this week in The Washington Post, the cafeteria has reached an agreement with a local kosher deli to provide pre-packed sandwiches and meals at the Senate.

“I am thrilled that the Senate cafeteria is providing kosher food for Senators, staff and visitors,” said William Daroff, who heads the Washington office of the Jewish Federations of North America and frequently visits Capitol Hill when lobbying for Jewish causes, “It is truly a much-needed accommodation to ensure that all Americans are able to break bread in our halls of power.”

Finding kosher food in Washington is not an easy task, and Capitol Hill is even more of a challenge. The nation’s capital has only a handful of kosher restaurant,s and the latest attempt to open a kosher food establishment adjacent to Congress collapsed with the fall from grace of its proprietor, convicted lobbyist Jack Abramoff.

At times, kosher events have been held in Congress, such as the reception hosted by the speaker of the House for Israeli Prime Minister Benjamin Netanyahu after his speech to Congress in May.

“We’ve been having kosher food on Capitol Hill for years, but not as readily available as this will be,” said Rabbi Levi Shemtov, Chabad’s Washington representative, who added that at last he will be able to actually have a meal on the Hill instead of making do with “a bottle of water and a bag of potato chips.”

So, who will enjoy the Senate’s kosher food?

Of the dozen Jewish senators, Joseph Lieberman of Connecticut, is the only one who is Orthodox and presumably keeps kosher.

Lieberman, however, is not seeking re-election and will be leaving the Senate in January 2012. But there are still many Capitol Hill workers who would like to replace their lunchboxes with a kosher meal at the cafeteria. One of them, a young Senate committee staffer, was the one who came up with the idea to make the connection between the chamber’s cafeteria and a kosher caterer, which eventually led to this new initiative.