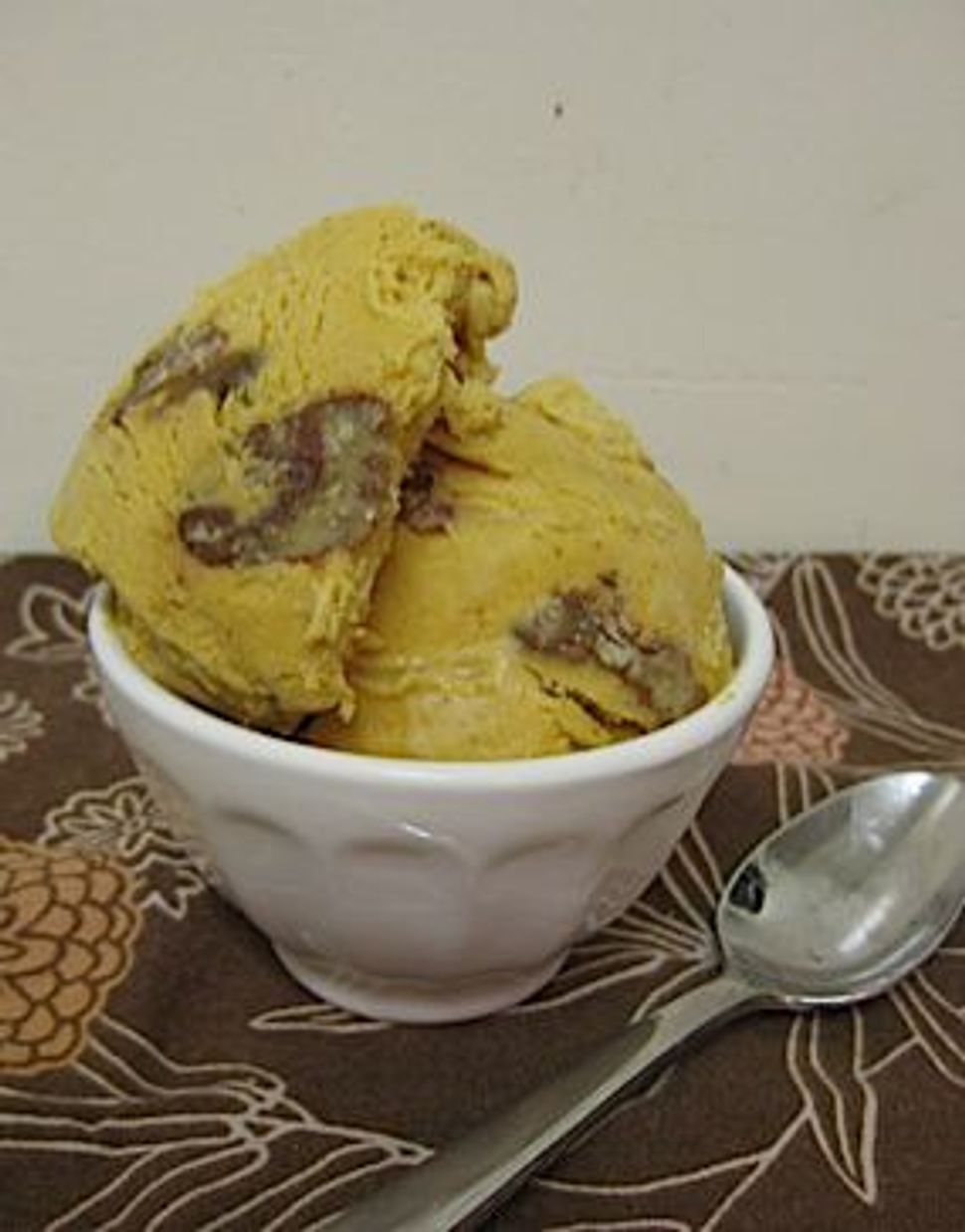 For me, Thanksgiving is all about self-reflection and food. Originally intended to celebrate our freedom and to give thanks for a good harvest, Thanksgiving has morphed into a time when we gorge ourselves on foods, and spend time curled up on the sofa afterwards paying for it! Luckily, during this holiday pumpkin takes center stage.

The classic gourd, which many think of as iconic American, has a surprising Jewish connection going back 500 years. The “Encyclopedia of Jewish Food” explains that pumpkins were widely cultivated throughout the Americas for about 6,000 years and were among the first New World foods that the Native Americans introduced to the Europeans, who brought them back to Europe.

In the beginning of the 16th century, Sephardim and Italian Jews began selling pumpkins and adopted this key ingredient into their food repertoire. Among Sephardic Jews, particularly in Middle Eastern Countries, sweet pumpkin dishes were common during Rosh Hashanah and other fall harvest holidays because of their spiritual significance. The Arabic word for pumpkin, qara is a homonym for the Hebrew word “called out” and a custom developed of “calling out” good deeds during the time of judgment.

In a time of giving thanks it’s important to call out others’ good deeds and express our appreciation and gratitude to those who have helped us this year. But, let’s not kid ourselves; Thanksgiving is also a time for food. We spend days preparing a menu, brining and roasting a turkey, and cooking each family members’ favorite side dish. Being a self-proclaimed sweet-o-holic I am utterly disappointed in the emphasis on Turkey and not on Thanksgiving desserts. So, I’ve taken matters into my own hands and created a spiced pumpkin ice cream that is worthy of such a special day. So, when you all gather around the Thanksgiving table this week to enjoy this tasty batch of ice cream, don’t forget to take a moment to “call out” others’ good deeds and give thanks for this year’s blessings (and for the ice cream too!)

Editor’s note: While this recipe is delicious on Thanksgiving day, it can easily be prepared anytime during Thanksgiving weekend to avoid issues of Kashrut.

1) In a medium saucepan mix the half-and-half, cream, granulated sugar, ginger, ground cinnamon, cinnamon stick, nutmeg, cloves and salt. Warm the mixture until hot and the edges begin to bubble and foam.

2) Whisk the egg yolks in a separate, heat-proof bowl until they begin to thicken slightly. Once the spiced milk mixture is warmed, gradually whisk it into the egg yolks, thereby tempering the eggs.

3) Pour the egg yolk mixture back into the saucepan and cook over low heat, stirring constantly and scraping the bottom with a heatproof spatula, until the mixture thickens and coats the spatula. If you are using an instant-read thermometer, heat until the mixture reaches 170 degrees Fahrenheit.

4) Immediately remove the mixture from the heat, and pour through a fine mesh strainer. It’s important to do this because small clumps will form at the bottom of the saucepan and you want to make sure to strain these out of the mixture before churning into ice cream. Mix in the brown sugar.

5) Cool the mixture thoroughly in an ice bath, or simply on your counter-top before refrigerating for at least two hours.

6) While the mixture is chilling, make the bourbon-candied pecans. Line a 9×13 baking dish (I used disposable, highly advised!) with parchment paper. Pour a cup of pecans into the dish, making sure they are all in one layer.

7) Meanwhile, heat the brown sugar, corn syrup, heavy cream, butter, bourbon and salt. Stir constantly for approximately 5 minutes until the mixture begins to boil. Pour over the pecans and bake at 375 for approximately 20-25 minutes. Remove from the oven (the mixture will be slightly soupy), let cool completely, and then freeze until you’re ready to add them to the ice cream.

8) Remove the ice cream mixture from the refrigerator and whisk in the vanilla extract and pumpkin puree.

9) Pour the mixture into the bowl of your ice cream maker and churn according to the manufacturer’s instructions. Approximately 5 minutes before the mixture is done churning, slowly add in approximately ½ the candied pecans, reserving the rest for a topping. Remove the ice cream from the machine and transfer to a freezer-safe container. Let harden for at least 2 hours in the freezer before enjoying.

10) To serve, place two heaping scoops in bowl, drizzle with bourbon-candied pecans and enjoy. Now that’s something to be thankful for!

**This recipe can be made easily with canned pumpkin but if you wish to start with a whole pumpkin look for ones that are small, pale, and sweet and are either the sugar pumpkin or the peanut pumpkin.*