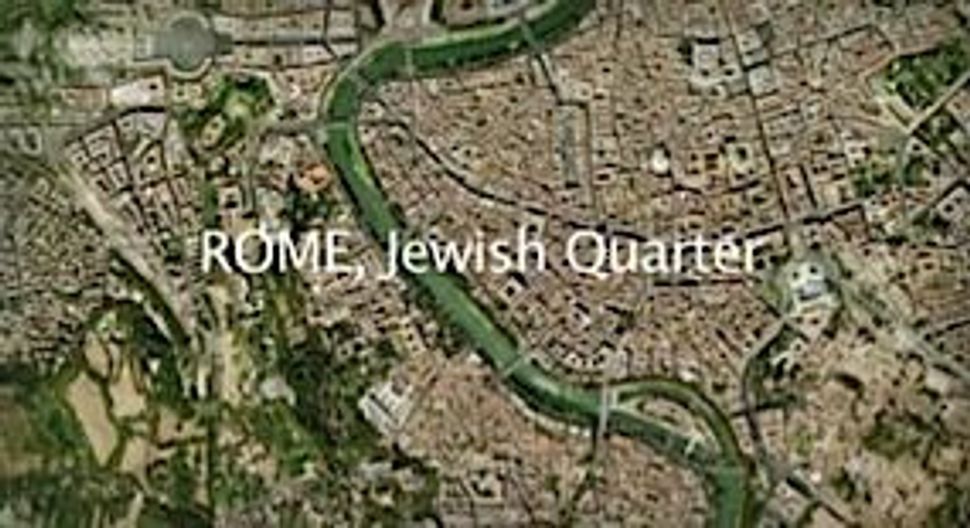 Food’s a fairly common theme in music: off the top of our heads, we can think of songs involving milkshakes, mashed potatoes and cake.

But in what is probably a first in the history of music videos, the guys behind Torrisi Italian Specialties — a sandwich shop by day and high-end Little Italy eatery by night — have released a musical tribute just to “Jewish lamb.”

The video — succinctly titled “Jewish Lamb” — features an eclectic medley of songs and images as it follows the path of the dish from Rome’s Jewish Quarter to the Lower East Side restaurant. With songs by Bruce Springsteen and Kenny Loggins, among others, the clip traces – or at least identifies – the meal’s various ingredients, including honey, Jerusalem artichokes and even Manischewitz wine. (After landing in New York, the video briefly crosses the Hudson for a stop at the Jewish winemaker’s Newark headquarters.) The lamb itself evidently comes from Pat LaFrieda Wholesale Meat, also located in New Jersey.

Eater New York describes the video as “bonkers,” but accurately acknowledges that the finished product “looks like a winner.”

The Jew and the Carrot agrees – and appreciates any music video whose credits include a character listed as “Local Jewish Man.”

Untitled from Photo Pow on Vimeo.