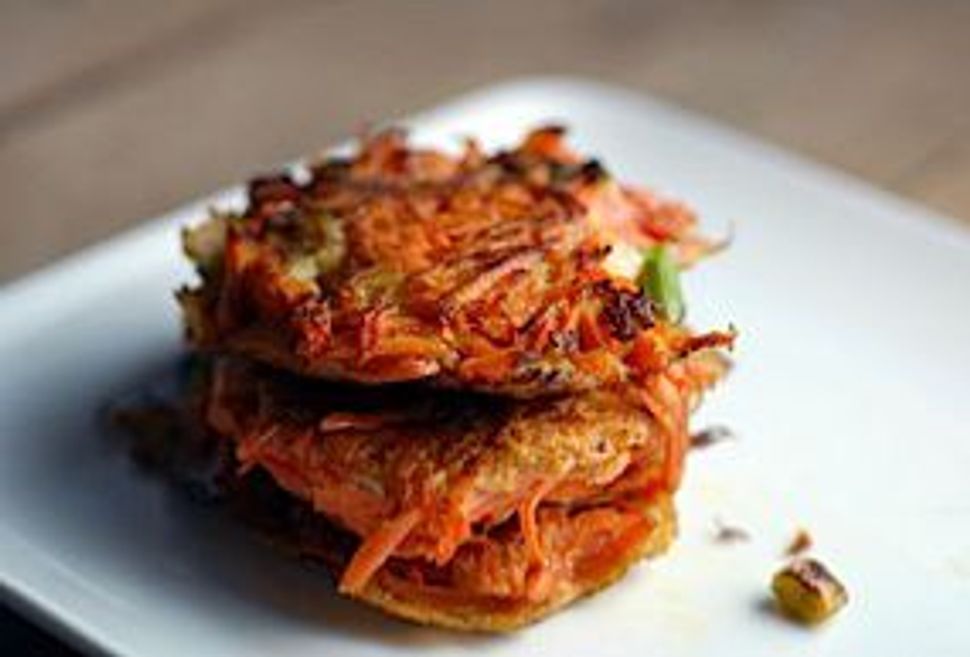 Everything you would ever want to know about making the perfect classic latke. [Serious Eats]

If you’re looking for more innovative latke recipes, here are five. [The Kitchn]

And what to serve with those latkes? Here are some suggestions, including a delicious recipe for Orange Olive Oil Cake with Candied Walnuts. [Serious Eats]

A menorah made of chocolate that you can eat? Yeah, we’re pretty excited about it too. [New York Times]

Get that frier ready! Jewish fried treats from around the globe, one for each of the eight nights. [Philadelphia Jewish Voice]

Make your own artisanal gelt at home. [Philadelphia Jewish Voice]

Just what does it take to make the White House kitchen kosher for it’s annual Hanukkah party? [New York Times]

If you’re lucky enough to be headed to Italy over the holidays, here’s a guide to kosher eats in Rome. [New York Times]