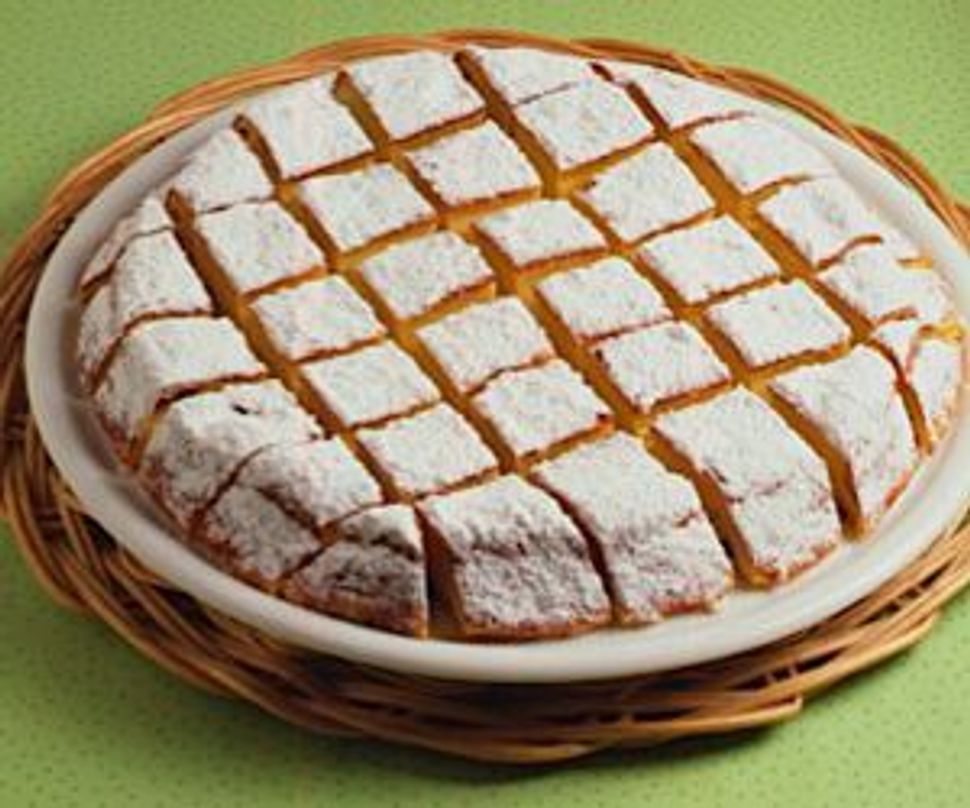 Jews have enjoyed an uninterrupted presence in Italy for more than 2,200 years, producing a delicious cuisine with almost endless regional variations, that profoundly affected broader Italian cuisine. Contrary to the all-too-common American assumption that most Jewish food is bland or boring, Jewish Italian cuisine tends to be seen as a delicacy by non-Jewish locals. Some of the most popular restaurants in Rome serve traditional Jewish dishes, like the famous fried artichokes.

Over time the dish transformed into a baked ricotta pancake, and was adopted by the Roman Catholic community as a traditional Christmas dessert (Roman Jews serve it on Shavuot). Coincidentally, the earliest Hanukkah levivot or latkes in Eastern Europe were made of cheese and were likely similar to Cassola.

One of the main reasons for cassola’s popularity is that it is shockingly simple to make, including only five main ingredients and no butter or oil (except for greasing the pan). What gives it its delicious creamy texture, similar to a softer, moister, more delicate cheesecake with a firmer outside, is fresh ricotta, which you can purchase from a store or try your hand at making at home. Whether you make it for the last day of Hanukkah or save it until Christmas, it is a true example of an Italian dish – elegantly simple and delicious.

1 pound ricotta cheese (made from whole milk, without emulsifiers)
4 eggs
1 to 1 ½ cup sugar (depending on desired sweetness)
a pinch of salt
zest of one large organic lemon (optional)
½ teaspoon cinnamon or vanilla (optional)
1 or 2 tablespoons mild extra-virgin olive oil, or butter

1) Preheat the oven to 400º F. With a whisk or a hand mixer, beat the eggs with the sugar until creamy. Add the ricotta, salt, lemon zest and cinnamon (or vanilla).

2) Grease a 9-10 inch springform baking pan with butter or olive oil, dust with flour, pour the mixture in, and transfer into your pre-heated oven. Bake at 400 F for the first 10 minutes, then lower the temperature to 350 F and bake for another 25 minutes.

3) Turn the oven off and allow the cassola to set inside, with the door open, for another 10 or 15 minutes. It should be firmer and golden brown on the outside and very soft and moist inside, like a pudding. Serve warm.

You can also cook it in a greased non-stick or cast iron pan like a frittata, on the stovetop, flipping it once (this was probably the original version), or cook the bottom on the stovetop and the top in the oven under the broiler.

Alessandra Rovati was born and raised in Venice and is an expert in Jewish and Kosher Italian cooking. She has written about food for several magazines, taught cooking, and she has been a featured guest on Fox News. Visit her website, Dinner in Venice.