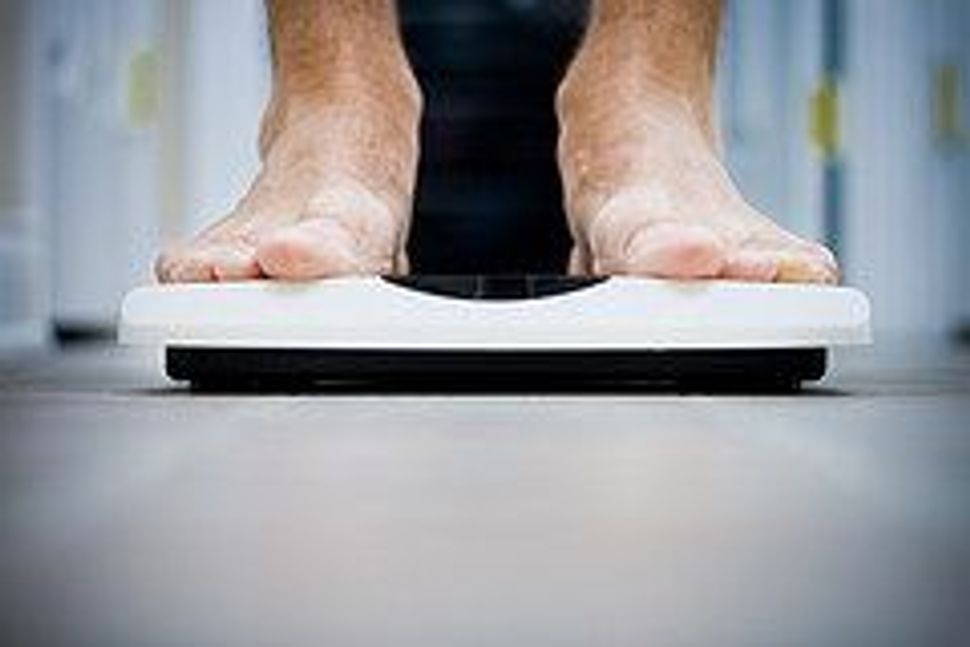 We’re a few weeks in to the New Year, and for those of us who have sworn off (again) from eating that second piece of cake, and resolved to take the stairs and park an block away, the novelty may be wearing off. Losing weight is the most common New Year’s Resolution according to the New York Times, and one of the toughest. It involves exercise, diet and a willingness to adjust your routine; in some cases, the third is the hardest part of all.

The Times health section the first week of January had a large (no pun intended) feature on weight loss camps, many of them in the southwest, where you can pay upwards of $2,500 – $5,000 for a week of exercise, carefully balanced meals, and a luxury atmosphere that not only feels like a treat, it takes you enough out of your daily routine to make new habits possible.

Sounds great. But oy, such a cost. And what to do if you keep kosher!?

So it was with great delight that I heard about Isabella Freedman’s Kosher Weight Loss & Fitness Camp, planned for April/May of this year, which comes in at nearly half the cost of some of the camps reported in the Times. Isabella Freedman’s Executive Director David Weisberg (who by his own admission could stand to lose a few pounds) told the crowd at the IF Season Kickoff party last week that he planned to be the first person to register for the program.

“At its core, taking care of one’s body and mind is a spiritual endeavor and a covenant that we have with our creator,” says Executive Director David Weisberg, “and I’m so proud that Isabella Freedman is launching a program to guide participants towards such wonderful and meaningful goals.”

The program, which is open to both women and men, has a one- or two-week option from April 22 – May 4 will feature daily movement sessions, healthy meals and snacks, fitness and nutrition classes, and open discussion groups on topics such as mindless/mindful eating, recognizing when you are hungry, what it means to “fill the void,” and attitudes towards eating. There will also be workshops on goal setting and sustaining the changes, stress management techniques, and ways to establish communities and support back home.

The program will be hosted by Dan Fenyvesi and Ari Weller. Fenyvesi is a registered dietitian and ACE certified personal trainer who will help guide participants through his “Food Sobriety” program that retrains the taste buds so one craves the food the body needs to permanently drop weight and boost vitality. Dan noted that he has “been working in nutrition and weight loss for years but this is the first time I get to do this in a Jewish setting, it will be a real treat for me to be sharing this experience with my community.”

Weller, one of New York Magazine’s top five trainers in NYC, will help participants develop personalized weekly workout schedules. His indoor and outdoor exercise techniques include cardiovascular and strength training, core work from Pilates, Gyrotonic and flexibility instruction in Yoga, and Resistance Stretching. “I always feel blessed for the opportunity offer my passion and 16 years of knowledge as fitness expert, says Ari. “It’s incredibly rewarding to guide people towards a more mindful, functional, and playful physical existence.” On a personal note, he adds, “this opportunity is even more special as I return to Isabella Freedman as a retreat leader having once served there for two years in the past as the Associate Director of the retreat center.”

The program is presented in partnership with Hazon. “Health and sustainability isn’t just a goal for the world; it’s a goal for each of us,” says Hazon’s Executive Director, Nigel Savage. “And it’s really hard. That’s why we’re excited to partner on this retreat. For people who struggle with living healthily, this is a unique opportunity. We hope this becomes a significant annual program.”

Just the thought of a whole week away from work, being outside, eating well, exercising and learning how to take care of my body is enough to inspire me to keep up with my resolutions – hold that second piece of cake, please!

Anna Hanau is the Associate Director of Programs at Hazon, and co-authored “Food for Thought, Hazon’s Sourcebook on Jews, Food and Contemporary Life.”