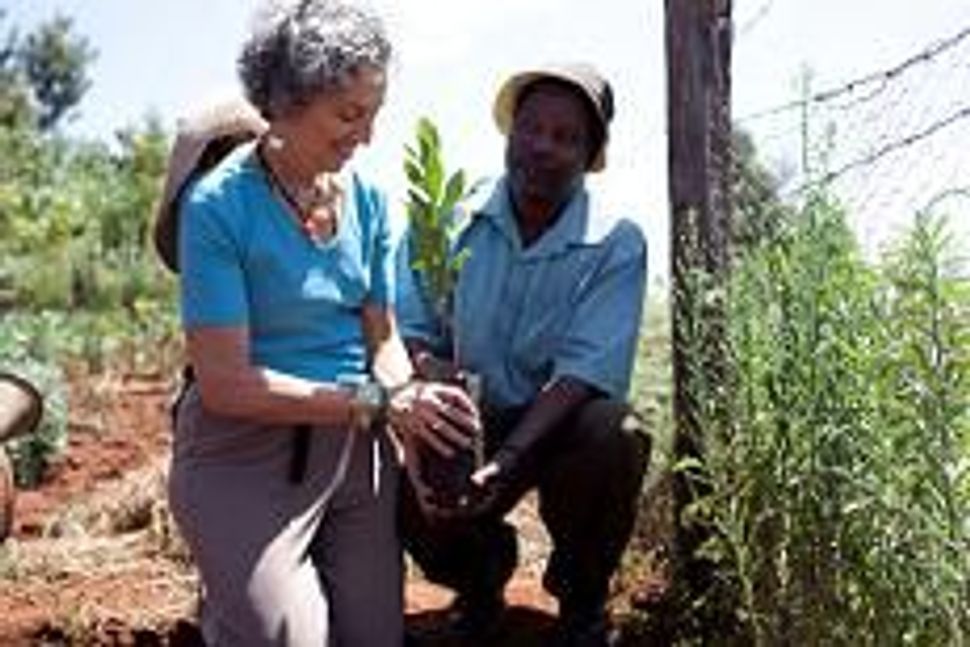 The issue inspiring the latest Jewish political movement won’t surprise readers of this blog—but it might cause some head scratching among the rest of the Jewish community. It isn’t Israel or the 99%. Nope, it’s… the U.S. Farm Bill!

The “Jewish Working Group for a Just Farm Bill”— comprised of American Jewish World Service, Coalition on the Environment and Jewish Life, Hazon, Jewish Council for Public Affairs, Mazon and the Union for Reform Judaism—has collected nearly 15,000 signatures so far on its Jewish Petition for a Just Farm Bill, which presents a Jewish voice in Congress’s upcoming ‘food fight’:

“The Farm Bill debate provides us with the opportunity to build a better food system. I want American food and agricultural policies to reflect my Jewish values. I urge you to enact policies that pursue long-term approaches to eradicating hunger by protecting the most vulnerable, promoting sustainable land use and investing in resilient local food systems. …”

Behind this lofty language, each organization is fired up by a specific issue that it’ll be pushing on the Hill when hearings begin in February, from reforming food aid to increasing food stamp benefits to stopping industrial farming practices that are polluting the earth.

Here’s what they have to say:

American Jewish World Service:
“AJWS seeks to reform the U.S. food aid system so that it’s not just a band-aid based on shipping our food abroad, but, instead, a sustainable force for food security in the developing world. As the largest donor of international food aid, the U.S. gives tzedakah in volume, but fails to meet Maimonides’ ideal of creating self sufficiency. A more flexible system that includes buying from local farmers and using cash and vouchers to support local economies would reduce hunger in fragile regions and better reflect our values and shared humanity.”

Coalition on the Environment and Jewish Life:
We seek increased funding for agricultural programs that promote renewable energy, energy efficiency, water rights, food security and sustainable development. As a Jewish environmental organization, we care deeply about protecting God’s Creation. And the harmful effects of climate change particularly burden those in developing countries, who have often contributed the least to the problem of greenhouse gas emissions.

Hazon:
“As a Jewish people, we have been thinking about what is kosher—literally, “fit”—for us to eat for 3,000 years. As the Farm Bill hearings approach, we are drawing on our traditions of eating mindfully and pursing justice as we make our voices heard in support of sustainable farm and food initiatives. Together we can create a healthier, more sustainable food system for all.”

Jewish Council for Public Affairs:
“JCPA calls upon Congress to reject attacks on the Supplemental Nutrition Assistance Program (SNAP), whose funding has been in jeopardy in recent years, and instead find ways to expand access to this effective and critical human needs program. As our rabbis have taught: ‘If all the other possible troubles were assembled on one side and poverty on the other, poverty would outweigh them all’ (Midrash on Exodus). We have an opportunity to tip the balance and address hunger and poverty on a large scale through the reauthorization of the Farm Bill.”

MAZON: A Jewish Response to Hunger:
“We believe that the Farm Bill must reflect the Jewish ideals of tzedakah and tikkun olam. To do so, it must (1) protect and increase funding for SNAP, (2) create incentives for small-scale farmers to make their products more accessible to all Americans, and (3) improve the nutritional quality of the food distributed through The Emergency Food Assistance Program (TEFAP).”

Union for Reform Judaism:
“We call for a just Farm Bill that supports robust nutrition programs to aid the millions of Americans confronting hunger, while ensuring funding for vital conservation programs that protect our air, land and water for future generations. Jewish tradition demands we raise our voice on this critical legislation, as we read in Leviticus 23:22: ‘…when you reap the harvest of your land, you shall not reap all the way to the edges of your field, or gather the gleanings of your harvest; you shall leave them for the poor and the stranger.’”

Wherever your passions lie, you can learn more about how to add your voice to this campaign by attending The Farm Bill and You, an event on January 30th in New York City hosted by Pursue: Action for a Just World and co-sponsored by AJWS Global Circle, Food & Water Watch, Hazon and Jewish Farm School. The Jewish Farm Bill reformers need your help to convince Congress that food justice is a Jewish issue!