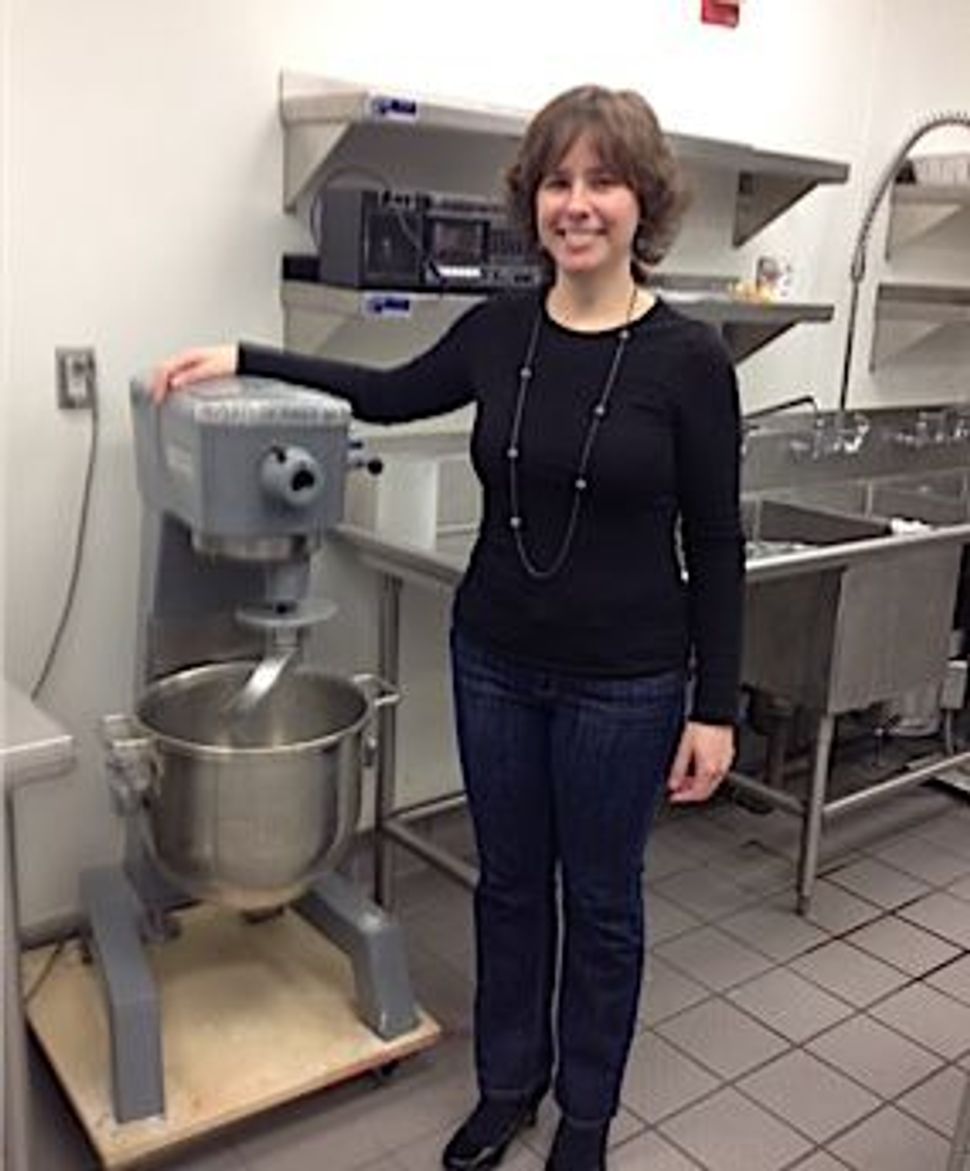 Yael Krigman arrived at our interview with a bag of frozen chocolate rugelach in hand. Well, almost frozen. “People are always asking me if my products freeze well,” she explained. “I figured I should find out.”

This sort of diligence is the norm for Krigman, 30, who started Baked by Yael, which specializes in bagels and cake-pops as well as deli favorites like rugelach and black and white cookies, in Cleveland Park, a neighborhood in Northwest Washington, DC, about a year and half ago.

This came after numerous meticulous testings of her bagel recipe to get a taste and texture she was satisfied with. “It’s funny because there are only five ingredients in a bagel recipe. So you can’t just add an ingredient like Tabasco sauce or something like that, but I continued to tweak it,” she explained.

Krigman currently offers plain, sesame, poppy, and everything bagels — all made with the same chewy, salty base and rolled in different toppings. Cinnamon raisin is in the works. There’s also a new cake pop flavor in development but don’t expect anything too wild. “I’m not constantly trying to create new products. I really try to stick with the basics because I think it’s really hard to find good rugelach in DC. I think it’s really hard to find good bagels and black and whites. I don’t feel the need to add exotic nuts, for instance.”

Opening her own business wasn’t Krigman’s original plan. She started making bagels as a stress reliever during exam periods in law school, in part because she found the DC bagel scene so lacking. She found she enjoyed baking and after graduation would bring her co-workers goodies every Monday. They were enthusiastic enough that she started a side business. Finally, this past November, after practicing law for two years and baking professionally before and after work, she took the leap and left her firm to run Baked by Yael full-time.

Krigman has had to increase her baking capacity to keep up with the demand. She recently bought a used commercial mixer that can stir up a batch of 40 bagels and she now bakes in her local Reform synagogue’s kosher-style kitchen, rather than her apartment. The synagogue lets her keep a shelving unit there, overflowing with kitchen towels, brown sugar, and bins of King Arthur flour. She tells me proudly that the fridge is full of 36 pounds of butter and 15 dozen eggs. How long will that last her? “Maybe three weeks,” she guesses.

Running her own business comes with challenges. “The hardest part is trying to seal the deal. There’s a lot of enthusiasm and then translating that into actual orders…” she says. Still, Krigman has no regrets. “I love my customers. I love that they actually email me: ‘I loved the cake-pops — they went over so well!’”

She hears from customers in other ways, too. When Krigman began featuring photos of her rugelach, based on her aunt Elana’s recipe, on her website but didn’t list it on her weekly email menu, people called asking when it would be available. “No one ever called asking for anything else,” she mused. Once you taste the rugelach, you’ll understand their impatience. The cinnamon filling is both sweet and a little spicy and is generously stuffed into a yeast-based dough, almost reminiscent of babka. They’re a great way to start or end your day.

Now Krigman is focused on expanding her customer base, reaching out to potential corporate clients, hitting the pavement with black and whites, cake pops, and raspberry bars in tow.

She ships all over the country from her website, and if you’re curious, yes, the rugelach freeze beautifully.