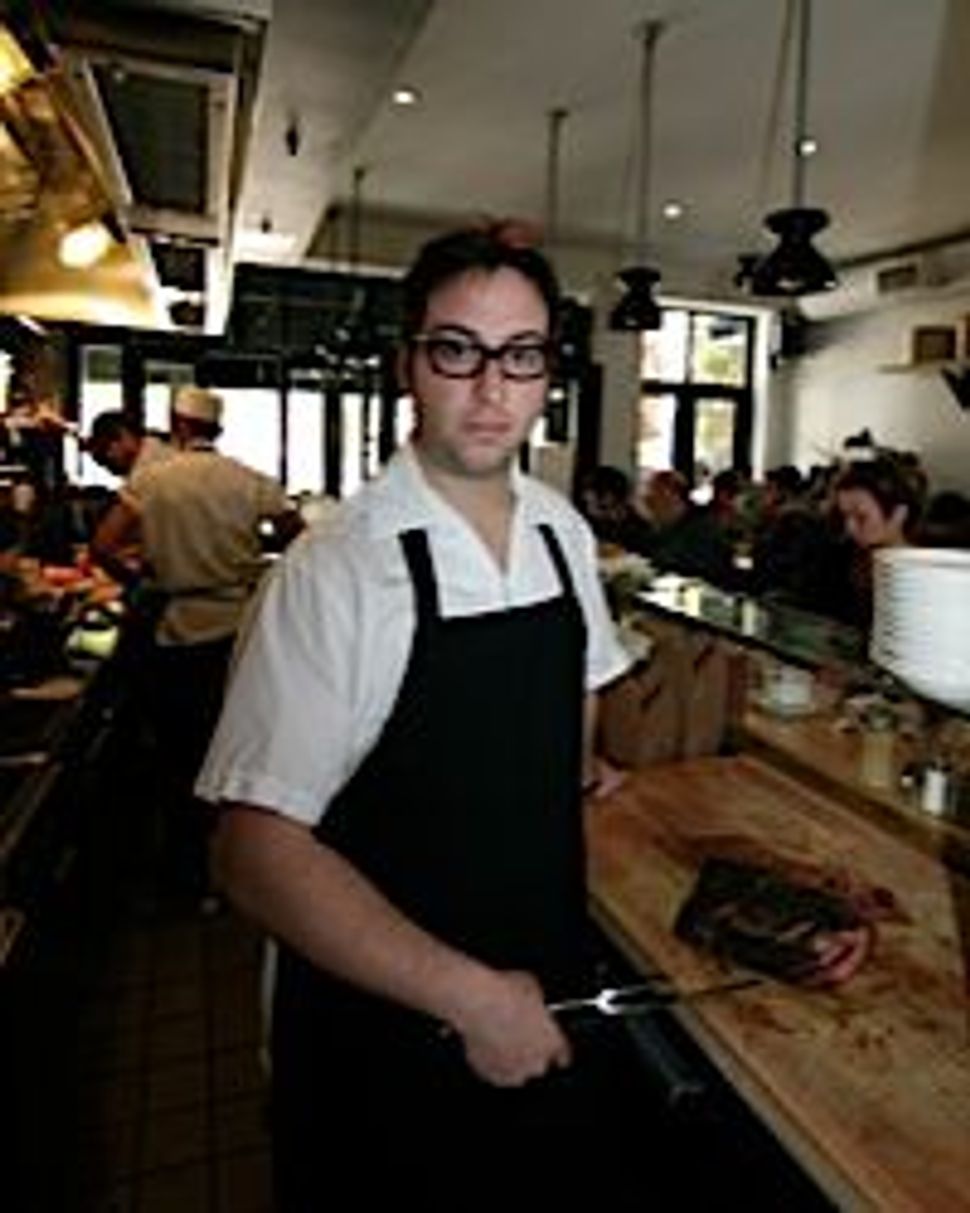 Noah Bernamoff and Rae Cohen made quite the splash (at least in our circles), when they opened Mile End, a Brooklyn-based Montreal-style delicatessen, where they are pickling, curing and smoke everything from scratch.

The two now plan to expand their business to Manhattan’s Nolita, where they’ll open Mile End Sandwich sometime around April 23 and later this summer, they’ll also open a storefront next to their new Red Hook kitchen, where they make all the food for their Brooklyn and Manhattan locations.

We caught up with Bernamoff to find out more about the new spots, Mile End’s upcoming cookbook and what he thinks of the growing popularity of Jewish food.

Lucy Cohen Blatter: How will Mile End Sandwich be different than Mile End?
Noah Bernamoff: There are a couple of differences — one, it really is just sandwiches. We’re going to have a lot of breakfast sandwiches — like eggs, bacon and cheese on rye bread, and a breakfast burger, which is a veal patty cooked with eggs on top of a homemade English muffin, served with apple butter and maple syrup.

We’ll also have our Mishmash [their signature mixture of eggs and salami or eggs and lox] available in a sandwich version. We’re working on some smoked fishes, too. It’s not far from what we do at Mile End food-wise.

The other big difference is that there is going to be counter service rather than table service. There will be one large central table to sit at with a bunch of stools around it. People will sort of have to fight for a seat… hopefully. They’ll either take their sandwiches in a bag or on a tray.

Are there any sandwiches that will be completely unique to the new shop?
Generally, all of the sandwiches have been served at the deli as a special but we’ll have a great tongue sandwich, a chopped liver and pickled egg sandwich, a vegetarian sandwich and a couple of salads.

You had some trouble getting a liquor license because of the Community Board. What’s the status with that?
We’re going to wait to make some inroads with the Community Board and we’ll try it again…it shouldn’t be too long before we have beer. Beer was as popular on the Lower East Side 100 years ago as pastrami was. We need to have it.

What are the plans for the new storefront at your Pier 41 kitchen in Red Hook?
It will be a mini-market where people can buy our meat by the pound, bread by the loaf, canned products like pickles and preserves and maybe a daily lunch special. It’ll likely open in early June.

Do you think New Yorkers’ general feelings toward deli have changed since you opened Mile End two years ago?
Yes, I think people are coming around to it. I think it’s primarily Jews who are being self-reflective. I don’t think it’s as much that non-Jewish New Yorkers are suddenly yearning for Jewish food.

I didn’t open Mile End for the sake of reviving Jewish food, I just thought it was a good idea. I’m definitely not on any mission — just to make delicious food the way it’s delicious to me.

People like the idea that we treat the deli the way it used to be done a long time ago — it’s our going-back-to-our-roots approach that people seem to respond to.

What are some of the biggest accolades you’ve gotten from customers?
People like that it’s cozy, and it feels like a real family business. Delis have become so schmaltzy.

What kinds of complaints do you tend to get?
They’re almost always nostalgia-based, things like “that chicken soup isn’t as good as my bubby’s” or “the pastrami is not like the deli I grew up going to in Clevelend” or “this isn’t like Schwartz’s” [the iconic Montreal deli].

Also, since we’re making everything from scratch, probably about every 20the sandwiches will be mediocre, and that’s just the reality of everything being homemade.

When people complain about the portion sizes I always say, if you want overstuffed sandwiches there are places for that — go to Carnegie Deli.

Do you think there’s currently a renaissance of Jewish food in New York City?
Certainly the press is paying more attention to it. You have some places that are doing Jewish food only — places like Kutsher’s, and then others that are doing some Jewish-inspired foods on their menu, like Joe Dobias at JoeDoe. 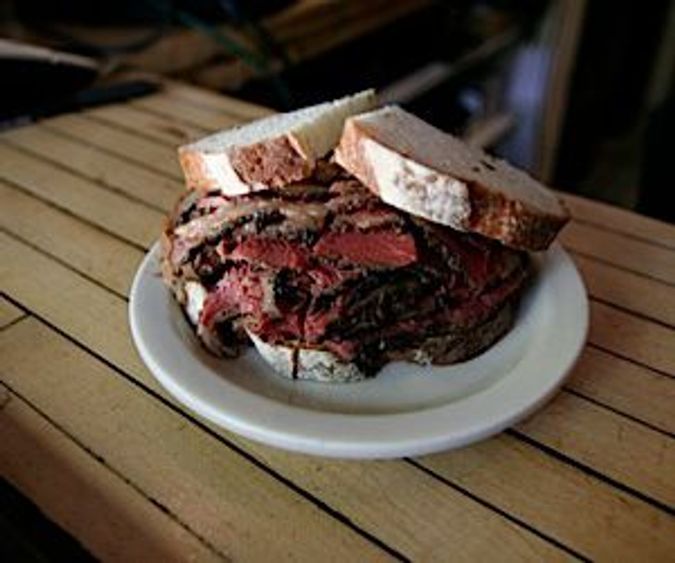 Image by Courtesy of Mile End

What do you think of Kutsher’s Tribeca [the new modern Jewish restaurant from the family behind the famed Catskills resort]?
I think they’re doing a great job, I think, again, Jews are a really tough bunch. Kutsher’s has it even harder than me because their brand is one of the most nostalgic of Jewish cultural institutions — it’s such a difficult moving target. I give them so much credit for trying.

I can critique the food, of course, but I had some really good stuff while I was there. The short ribs were really good, and so was the chicken soup. We also got the meat board — with tongue and duck pastrami — and that was really high quality.

What’s the status of the cookbook you’re working on?
It’s pretty much done. It will be out in September. It’s divided into two parts. The first is about DIY deli — making salami, smoking turkey, that kind of thing.

The second part is called “To the Table,” and it shows you how to serve and enjoy the things from the first part of the book.

I guess you could say the first part of the book requires more technique and a higher skill level. The second half will include recipes for side dishes, vegetables, cakes and cookies.

It’ll also have a breakfast and brunch section — you’ll see that even if you don’t make your own lox, you can still make a great Mishmash.