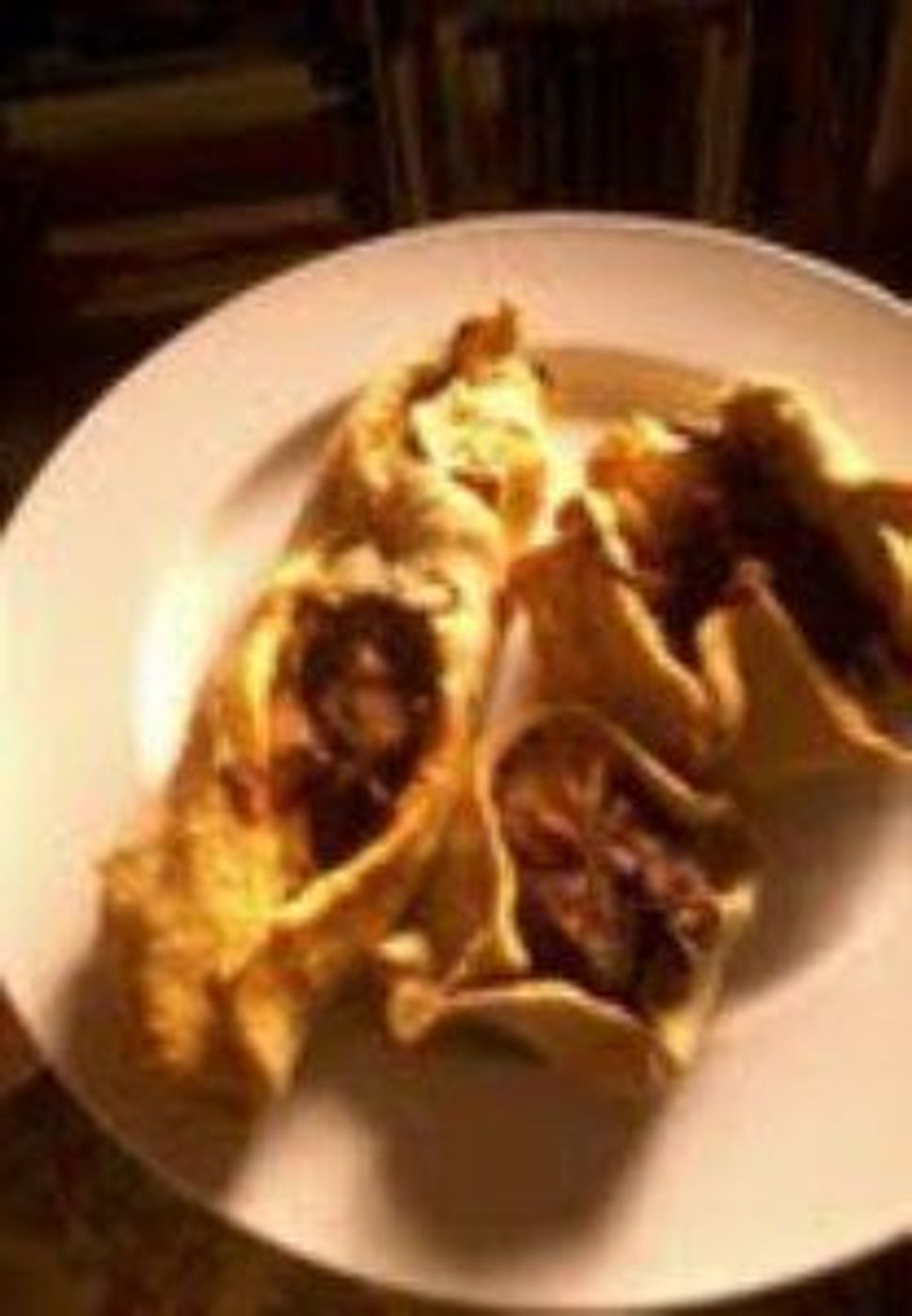 Last summer I had the opportunity to attend the Hazon Food Conference through the generosity of Pursue. As a full-time food justice community organizer at that time, I had considerable information floating around my head about sustainability, structural racism’s role in our food system and the path our food takes from farm to fork. What I didn’t know much about was knishes.

Our first night at the conference, we were afforded the opportunity to participate in any number of DIY workshops, and I headed straight for Laura Silver’s knishery. The table was laid out with lumps of dough and bowls of mashed potatoes seasoned with caramelized onions, salt and pepper; I dove right in!

The experience of being around a table with 20 strangers making knishes was incredible. Laura and I started talking about the history of the knish and its near relatives, the Jamaican meat pie, borekas, and so many others.

Then and there I decided that it was important to share this with my community, and especially with my Sunday School class. Throughout the school year, we often make traditional Jewish foods for upcoming holidays, but those dishes often become rote. Making something with the kids that they can only get from the freezer section of the grocery store in Nashville had me giddy.

My initial thought was to teach the annual Rosh Hodesh class of 5th Graders combined from several of Nashville’s synagogues (in hopes of sharing this rare treat with many more kids), but I was overruled by the beloved annual Whoopie “Rosh Hodesh” Pie tradition, which I began with our Rabbi unintentionally three years ago. Undeterred, I went for it with my four stalwart teenagers.

The kids in my class love cooking and baking. They complain about everything along the way, but in the end, they savor the fruits of their labor, be it toffee and chocolate covered matzahs for Passover, hummus and tabouli for Yom Ha’atzmaut (Israeli Independence Day) or anything that involves chocolate chips. More than any other part of the cooking process, the kids love using knives and graters, and cracking eggs. I put them to work slicing onions first, and subsequently commenced frying them up in the largest pan I could find. Half the class sliced six giant onions, occasionally taking breaks to rewash their hands and faces, tears streaming from the cutting board fumes. The other half of the class got to work on the dough. I wasn’t sure it was going to hold by the time they were done, but it turned out to be the flakiest dough I’ve ever seen when finished.

We took a short cut with the mashed potatoes, choosing to use instant in order to save time with only 40 minutes for class.

Before they rushed out the door for their next lesson, we rolled out the dough, filled it with potatoes and onions, sealed it up and into the oven it went. After the kids left, I saw that there was enough filling to make another batch, so I whipped up more dough and put in enough knishes so that the rabbis, cantor and a few teachers could take some home.

As the knishes were baking, everyone in the building seemed to be stopping by the kitchen to see what smelled so good. After trying a knish, one teacher said it was the best he’d ever had. Sharing the experience of making knishes with my class was done for the sheer joy of it; I wanted to share with them the fond memories I have of eating a really good knish, smeared with brown mustard, and devoured with a huge grin.

Here’s to knish makers the world over for sharing recipes full of goodies. Happy knishing!

2 ½ cups sifted flour
1 teaspoon baking powder
½ teaspoon salt
2 eggs
2/3 cup salad oil
2 tablespoons water
Sift the flour, baking powder and salt into a bowl. Make a well in the center and drop the eggs, oil and water into it. Work into the flour mixture with the hand and knead until smooth.

1) Brown the onions in the fat or butter. Beat in the potatoes, egg, salt and pepper until fluffy.

2) There are two ways to fill the knishes. In either case, divide the dough in two and roll as thin as possible. Brush with oil. Now you can spread the filling on one side of the dough and roll it up like a jelly roll. Cut into 1 ½-inch slices. Place in an oiled baking sheet cut side down. Press down lightly to flatten.

3) Or you can cut the rolled dough in 3-inch circles. Place a tablespoon of the filling on each; draw the edges together and pinch firmly. Place on an oiled baking sheet, pinched edges up.

Miriam Leibowitz is a vegetarian, avid gardener, long-time home cook and JOIN for Justice alumna. When she’s not teaching, Miriam is working to bring affordable, healthy food access](http://www.communityfoodadvocates.org) to Nashville’s food desert neighborhoods, rebuilding relationships between the African-American and Jewish communities in Nashville.