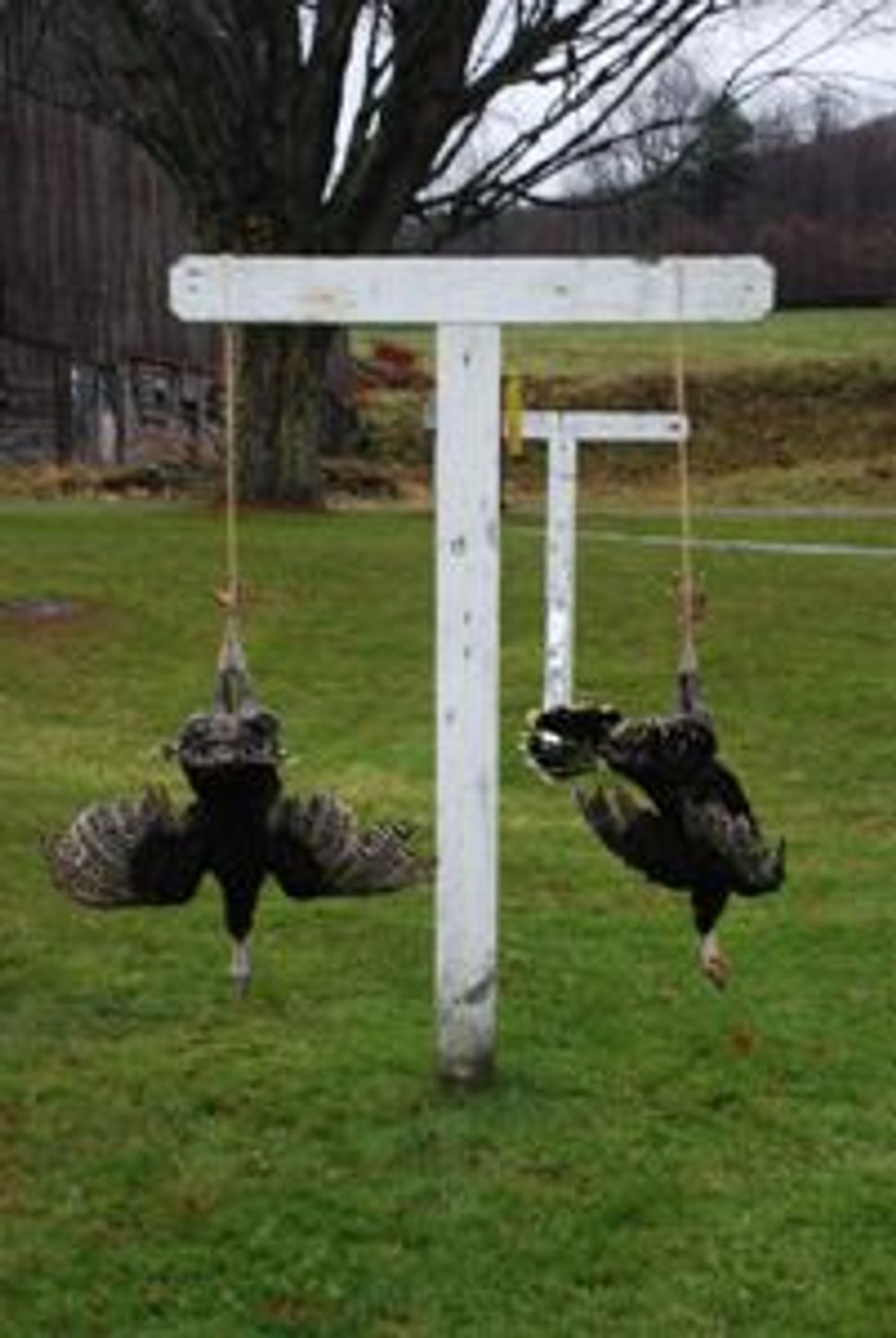 It is commonly remarked that the best lies told are those that contain some truth. And so it often seems to be with the argument, which returns like the tides every few years, that shechitah, kosher ritual slaughter, is intrinsically inhumane. That it stands apart from the modern, civilized form of animal slaughter the rest of the world engages in and that this dark, antiquated and backwards practice must be brought into the light and abolished by right-thinking, morally upright persons of conscience.

The most recent foray into this field, by James McWilliams, makes some excellent arguments that seem simple and logical to the common man. This would seem to point to his overall conclusion, that kosher slaughter is “gruesome” being true. While it is certainly true, and sad, that kosher slaughter, like any slaughter can be gruesome, it is by no means inherent to the details of kashrut. McWilliam’s sullies his valid points by mixing them with half-truths and assumptions.

Let us examine them in turn:

It was hard for me to write this piece. For years, I felt much the same way that Mc Williams seems to feel about kosher slaughter — namely, that it was antiquated and inhumane by modern standards and needed to be fixed. I would often use the example that were someone to ask me how I’d prefer to be killed, by having my throat slit or being shot in the head, there’s no question I’d choose the latter. It seems to make innate sense. And, perhaps, in a perfect world, where animals are being slaughtered one by one with care for their well being, rather than rushed through a commercial kill line for profit, an argument could be made for the gun over the knife. But we are not talking about that perfect world. And animals are not humans — they do not see the knife as we would, it does not represent the knowledge it would to me- namely that I was about to die. I have seen kosher slaughter done with great care and reverence for the animal and I have seen animals exhibit not a single sign of discomfort — no lowing or thrashing — even as their throats were slit. It is a gruesome thing to kill, to watch the lifeblood leave a living creature. That is true, and let us honor that truth. Let us not sully it by pretending that kosher slaughter is somehow the chief offender and that, by extension, non-kosher meat consumers are occupying a moral high ground.

McWilliams seems to be sensitive to the fact that he’s criticizing a religious practice, one that’s not his own and he admits his ignorance of its inner workings even as he subtly dismisses or diminishes it. And he may not be aware that shechitah-criticism has historically been used as a thinly-veiled anti-Semitism. And his keen desire to prevent animal cruelty is laudable. If only he aimed his critiques in all directions. He is correct when he states that Judaism “itself should never tolerate” such injustices- indeed, the prohibitions of tsar baalei chayim, of causing pain to a living thing, are clear in Jewish text. It would be a wonderful thing if all forms of animal slaughter, kosher and non-, would adhere to these principles.

Simon Feil was the founder of Kosher Conscience, one of the first ethical, humane kosher meat ventures. Currently, he divides his time between being a dad, an actor and an entrepreneur.