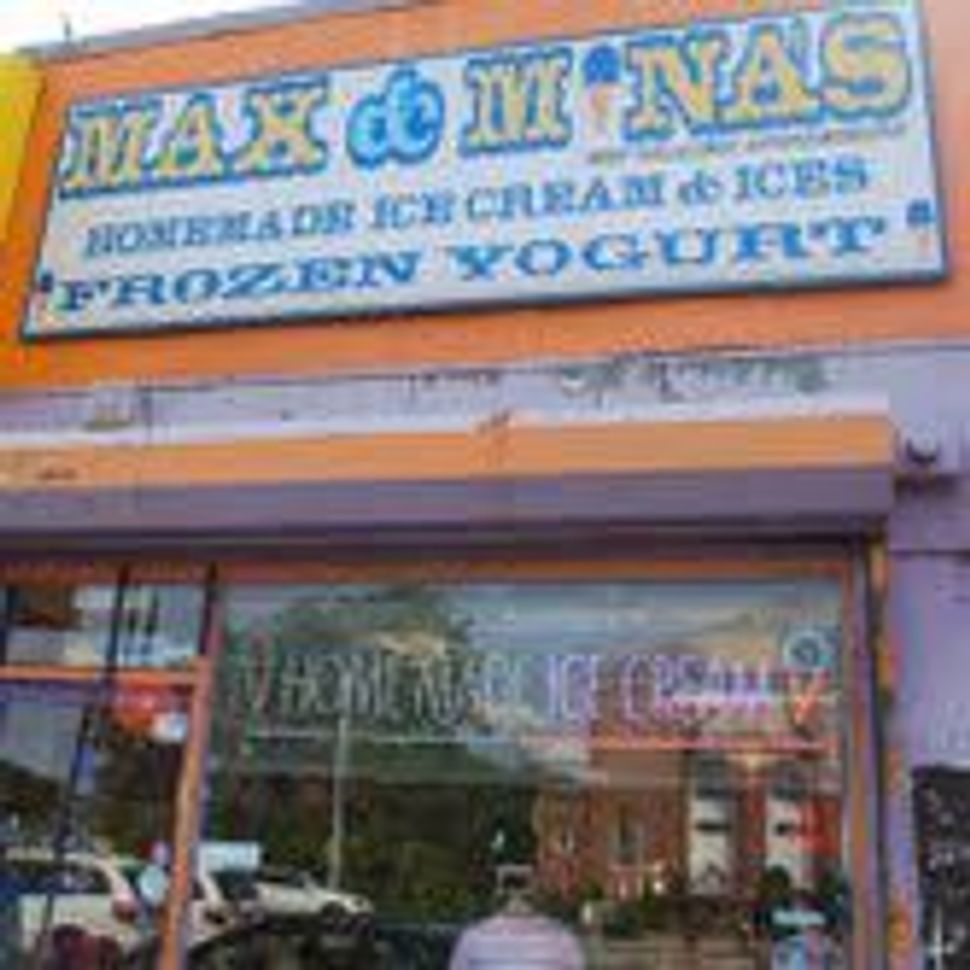 Image by Courtesy of Max and Mina's Ice Cream

If you’re a fan of Ben and Jerry’s, you’ve likely heard of some comically flavored ice creams — Americone Dream or Phish Food, anyone?

This summer, in honor of National Ice Cream Month (yes, it’s a real thing), we’ve rounded up the craziest Jewish ice cream flavors from herring to cholent and haroset to jelly donuts.

But nothing quite compares with the quintessential Jewish Diaspora flavor — Nova Lox. According to Josh Perl of Max & Mina’s, in 2000, Chase Manhattan Bank approached the ice creamery about creating a special ice cream flavor for a big meeting they were hosting. Rather than serving typical business meeting fare, the bank wanted something that would “shake people up.” So the bank, along with Max & Mina’s team, came up with the idea to forgo actual bagels and lox and serve lox ice cream instead. This flavor — along with cholent, herring and chocolate rugalach — has been on the menu ever since. We recommend trying the Nova Lox — a rich vanilla base with nova lox, cream cheese and salt all swirled into one — on a bagel for a bizarre but Jewish take on the ice cream sandwich.

For those who can’t digest milk, (you know who you are!) or for those who wish to enjoy a frozen treat after a meat meal, lucky for you these uniquely Jewish ice creams also come dairy-free, or pareve. Chozen’s “Heavenly Halvah”, a non dairy halvah crème, with swirled caramel and sesame crunch candies is a great option.

Zisalek (from “sweetness “in Yiddish), a kosher ice cream shop which recently made its US debut from Israel, also offers up some unique dairy free flavors. This franchise in Borough Park, offers the highest level of kashrut, as well as many uniquely Jewish flavors. Chaim Szmidt, the main blogger of The Kosher Scene is a regular customer at Zisalek, and says that “both the dairy and non-dairy flavors are the stuff dreams are made of.”

If all of this Jewish ice cream talk is making your mouth water, hop on the bandwagon and create your own uniquely Jewish flavor. If you need some inspiration, check out Tablet’s annual post: “if Ben & Jerry’s flavors were Jewish.” Each year their creative staff comes up with a host of hilarious Jewish-inspired yet completely hypothetical ice cream flavors. My personal favorites include Moishemellow, Wailing Walnut, Berry P’ri Hagafen, Halvah Negilah, Candy Bar Refaeli and Gefilte Phish Food. Share your concoctions and recipes in the comments. Who knows, maybe next year Ben & Jerry’s will feature your creation at their factory store in Vermont.

Naomi Sugar is the author of 365scoops, a blog dedicated to making and sharing her ice cream creations. At 365scoops we believe in good, old fashioned ice cream free of preservatives (and ingredients that you cannot pronounce!) We mix only the best organic milks, creams, sugar and eggs, with a variety of flavors to create artisanal, custom-made flavors. Visit 365scoops to order some today. When she’s not creating ice cream, Naomi works for Project Sunshine and holds a master’s degree in public health from Columbia University.