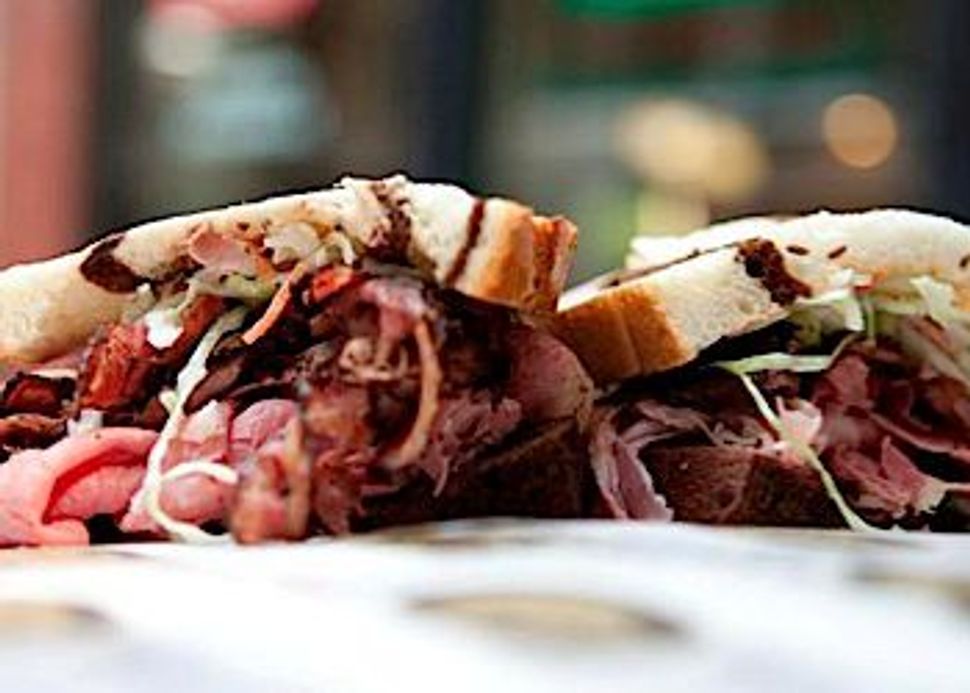 Image by Courtesy of Reuben’s Deli

In honor of a century of mobile Jewish-American fare, we selected the stand-out Jewish food trucks from all over the states (and Canada, too). Read the article here and check back for more delicious trucks.

What to Order: The New Yorker

The Deep South isn’t exactly swimming in corned beef, so when Rolling Reuben’s opened in Atlanta last year, it was a welcome addition to the nascent metropolitan food truck scene. Co-owner Mikey Moran started the food truck after being inspired by street vendors in Thailand. The truck is based out of Reuben’s Deli, a family-run sandwich shop that’s been operating since 1996. Rolling Reuben’s sells hearty sandwiches layered with corned beef, pastrami, smoked turkey or roast beef. Local favorites include The New Yorker — corned beef stacked with pastrami and Swiss cheese — and, of course, the Reuben.