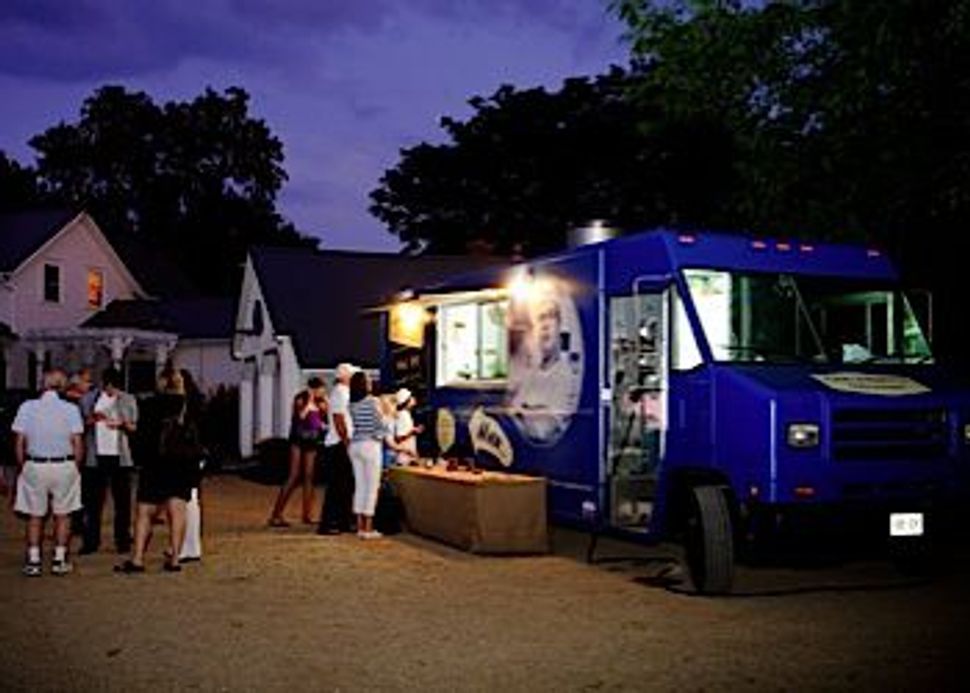 Image by Courtesy of Kristen Bachman

In honor of a century of mobile Jewish-American fare, we selected the stand-out Jewish food trucks from all over the states (and Canada, too). Read the article here and check back Sunday, Monday and Tuesday for more delicious trucks.

What to Order: Smoked Meat Sandwich with a pickle

Thunderin’ Thelma is how Caplansky’s Deli affectionately named their deli truck, and thunder it does — or maybe that’s just the collective rumble of stomachs whenever it passes. Zane Caplansky, whose restaurant has become the go-to spot for Jewish comfort food in Toronto, branched into curbside culinary delights last year. Menu items like tender barbecue brisket sandwiches and a gleefully sloppy poutine made with smoked meat are mainstays. Recent specials included the Indian-inspired latke pakora, served with apple chutney, and The Herschel, a sandwich made with smoked meat and Swiss cheese, topped with confit shallots and a pale-ale demi-glace. Not kosher, but delicious nonetheless.