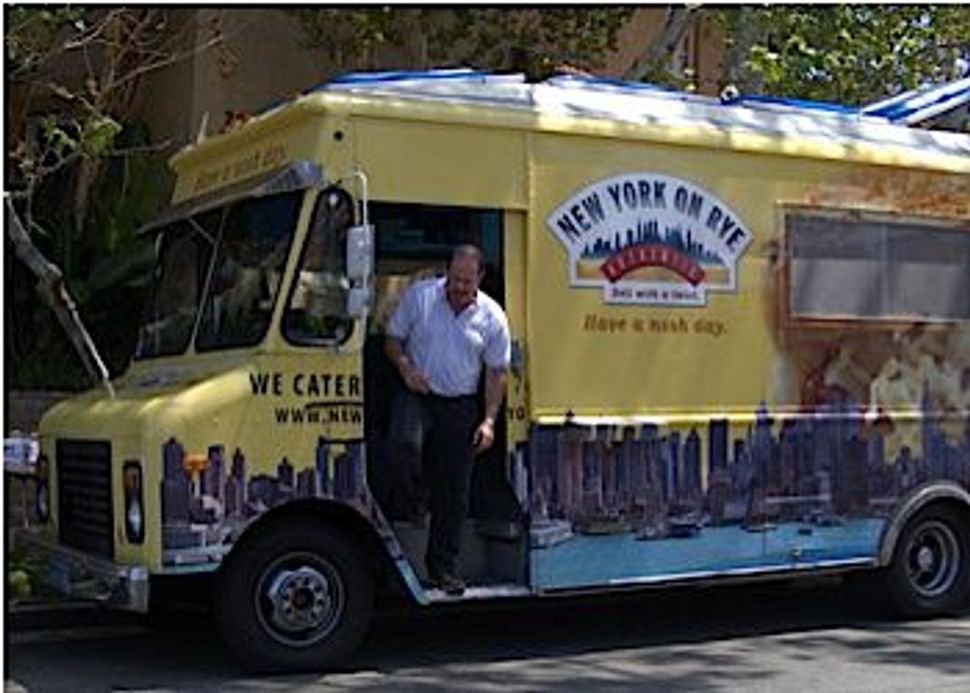 Image by Courtesy of Michael Gardiner

In honor of a century of mobile Jewish-American fare, we selected the stand-out Jewish food trucks from all over the states (and Canada, too). Read the article here and check back Sunday, Monday and Tuesday for more delicious trucks.

“Have a nosh day” is what the New York on Rye truck has written on its side, and after ordering a sandwich or round of knishes from this California-cuisine-meets-New-York-deli truck, noshing is certainly something you’ll be doing with gusto. The truck carries all the standard sandwiches of an East Coast deli — like pastrami towering on thick slices of rye, anointed with a dab of horseradish — but it also includes some regional specialties. The corned beef hash burrito, for example, accents the breakfast dish with chipotle and pico de gallo. For something vegetarian, try the filling “Coney Island” style knishes, served with slaw.