Roadside Gourmet: Schmuck With a Truck 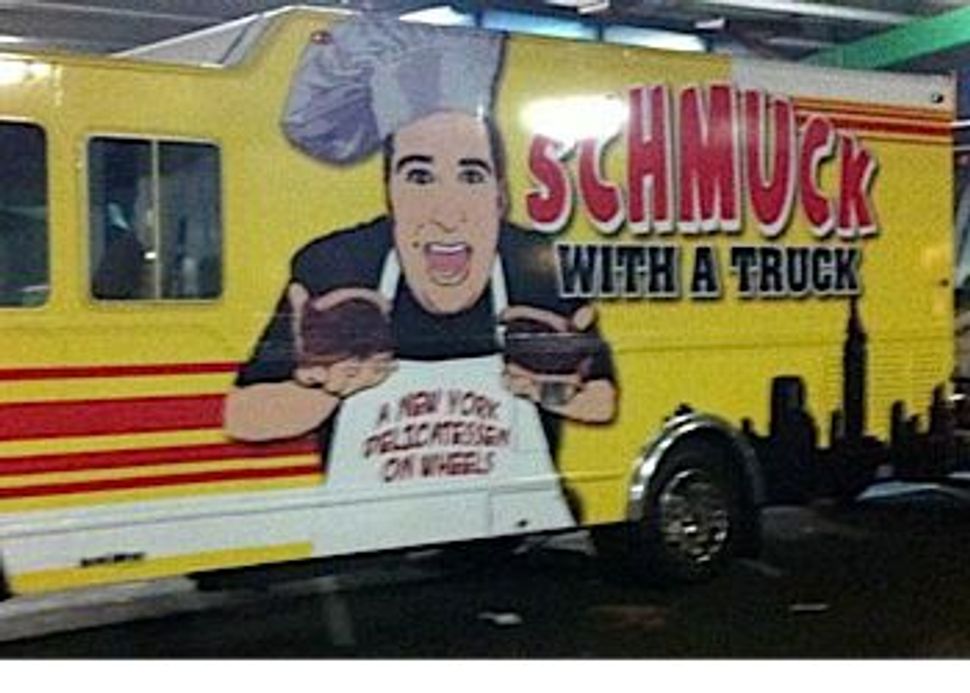 Image by Courtesy of Matthew Koven

Schmuck With a Truck

What to Order: Oy Vey Wrap

Matthew Koven moved from Manhattan to West L.A. as a deli evangelist, hoping to bring some of that good old-fashioned corned beef on rye to young Angelenos. Criss-crossing the city with a van full of roast beef and deli meats is no easy job. “You gotta be a schmuck to do this,” Koven told JTA in May. He specializes in traditional fare with flair — like the Oy Vey Wrap, a succulent roast-beef-and-potato Shabbat dinner stuffed into a tortilla, and a Reuben sandwich called “Fiddler on the Reuben.” The Schmuck Truck’s menu is enormous, offering muffins and egg sandwiches for breakfast. And don’t worry: You can get a bagel and lox here, too. Just ask for “The Tenth Commandment.”

Check out our round up of Jewish and Kosher food trucks from around North America.

Roadside Gourmet: Schmuck With a Truck