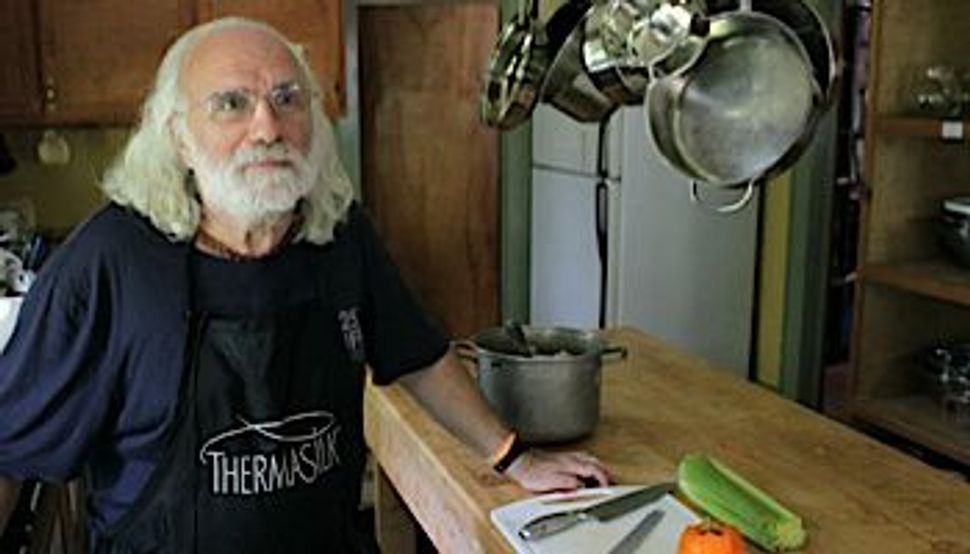 Traditional Ashkenazi food is often thought of as meat-heavy, fat-heavy, and just plain heavy (think brisket, flankn, gribenes and shmaltz). But that’s not the case at Yiddish Farm, despite the otherwise pervasive emphasis on Ashkenazi language and culture.

Yiddish Farm, a Yiddish-speaking organic farm in Goshen, N.Y., was founded to strengthen the language through an immersive environment, and to promote environmentalism through organic agriculture. (Read an article I wrote about Yiddish Farm in this week’s Forward here.)That means not only growing food in a sustainable way, but eating environmentally friendly food as well.

Fortuitously, one of the participants in Yiddish Farm is Arlen Baden, a vegan chef who cooks many of the group’s meals. On a recent visit to the farm I sat down with Baden to ask him about his culinary practices, as well as about the journey that brought him to Yiddish Farm.

Baden, 66, is a retired bilingual guidance councilor with the New York City school system as well as a trained chef who has cooked at the The Natural Gourmet Cookery School (now the Natural Gourmet Institute) the Omega Institute and the Kripalu Institute. He has been a vegan for 32 years. 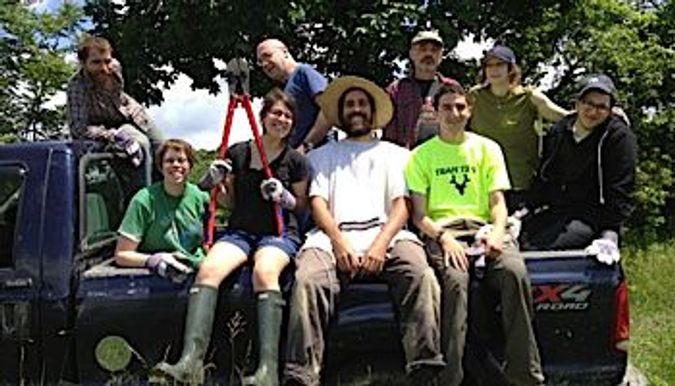 These days, Baden spends most of his time on the road, travelling to and volunteering at film and music festivals around the country. He found out about Yiddish Farm last year, when he came to participate in one of their first events, the weekend-long Golus Festival. This year, he returned for a three-week stay.

While most of the food served at Yiddish Farm is organic, it’s not necessarily vegan, or even vegetarian. But Baden only cooks vegan food, which makes it a challenge to come up with dishes that will be enjoyed by people who are used to what he calls the “SAD diet,” or standard American diet.

“My goal in cooking is to be able to present something to my Yiddishe Bobbe she wouldn’t know wasn’t the rikhtike zakh,” he said, using the Yiddish term for the “real thing.”

Each Monday and Thursday Baden goes shopping for groceries. He tries to buy locally as much as possible, frequenting a nearby Chinese market, though he also resorts to the “blessed Trader Joe’s.” He also uses whatever produce is available from the farm itself.

When I visited in early June the only vegetables ready for eating were garlic scapes, which Baden uses as garnish, although other crops have since become ready to harvest as well. In a recent cooking video for the Forverts, Rukhl Schaechter and Eve Jochnowitz showed how to prepare beet salad, spinach and garlic bread using vegetables that were grown on the farm.

Baden said that he tries to have a grain and a green at every meal, and to balance the dishes so that there are a variety of tastes and textures. Recently he made something he called “deconstructed kasha varnishkes,” consisting of a kasha soup and varnishkes salad.

“I don’t make too big a deal of how healthy it is, but it has to taste good, it has to have texture, it has to taste like what everyone’s used to,” he said. He does insist on not using anything with artificial preservatives or coloring, and never any animal products. “The idea of the farm is sustainability,” he said, “and vegan, as far as I’m concerned, is the best way.”