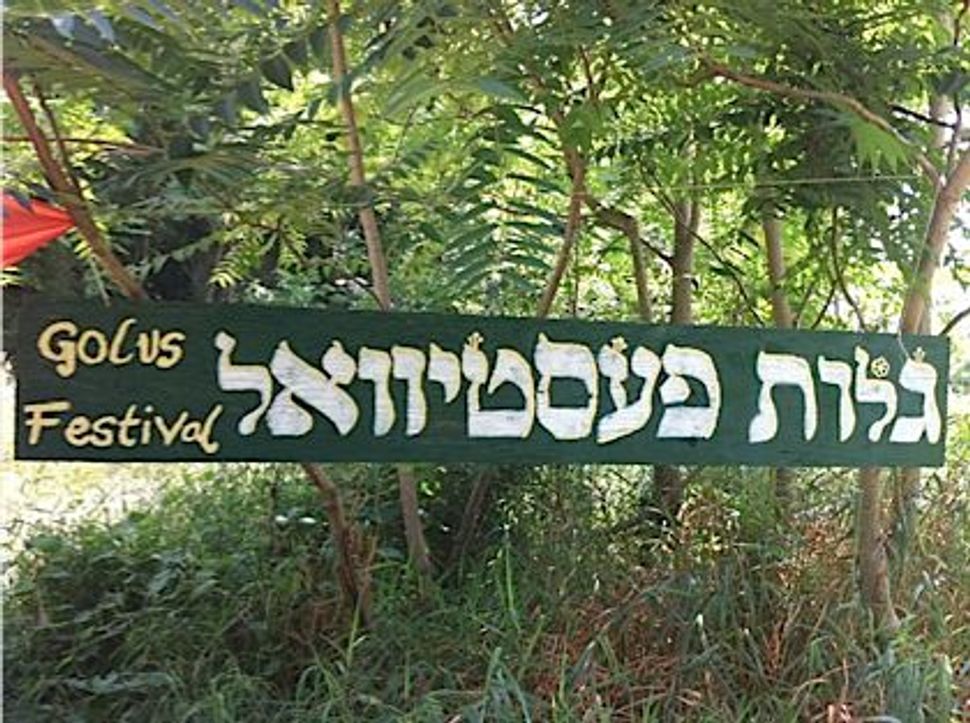 It takes some nerve to call a festival the “Golus Festival.” Golus, meaning exile or Diaspora, is usually something bemoaned in Jewish tradition. But from July 14 to 17, for approximately 60 people in (the appropriately named) Goshen, New York, Golus was something to celebrate.

Organized by the creators of Yiddish Farm as a foretaste of this summer’s three-week-long program in Maryland, the festival included performances by bands such as Stero Sinai and Fish Street Klezmer, and workshops on challah baking, dance, and klaf making. Sounds like good times were had in Golus!

View a slideshow of photographs from the Golus Festival: