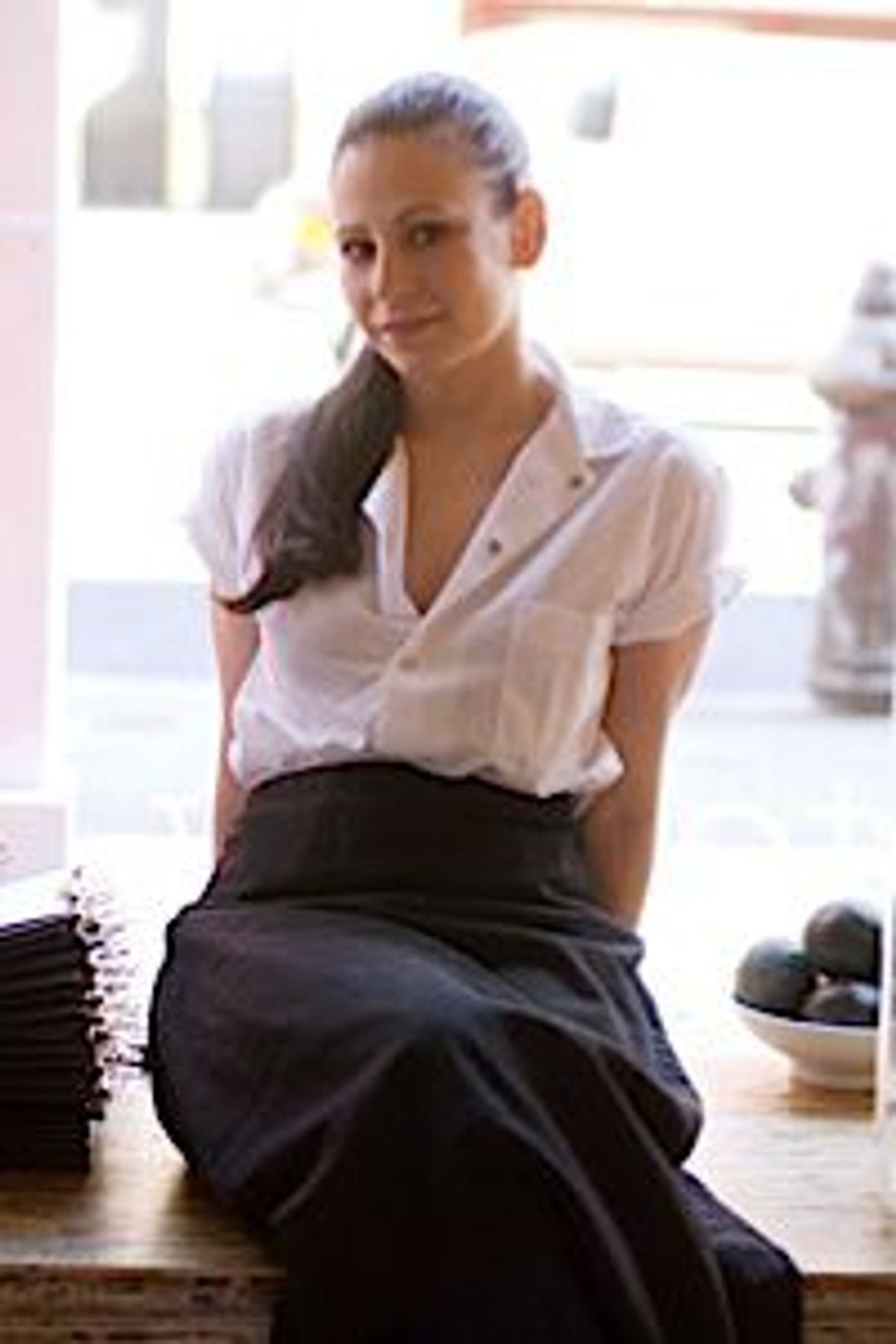 CSA boxes are always filled to the brim with delicious and colorful local and seasonal produce. But as someone who’s been given extra veggies from a friend and CSA member overrun with produce, I know it can be hard for the average at-home cook to think of new and exciting ways to use said produce.

For this we turned to Amanda Cohen, chef and owner of New York City’s all vegetarian restaurant Dirt Candy, and author of the just-out-this-week “Dirt Candy: A Cookbook,”. Cohen gave us her advice for using two of her favorite mid-to-late-summer vegetables: corn and spinach. (Check back this afternoon for Cohen’s corn recipes.)

Spinach, filling up CSA boxes as we speak (or type), is one of Cohen’s favorite vegetables. She’s loved it since she was a kid. “I was a funny kid,” she says. “My mom’s favorite side dish was creamed spinach, but I was always ordering sautéed spinach. I always loved garlic, olive oil and salt. Even now, still, I think sautéed spinach tastes better in a restaurant than at home. There’s something about someone else making it for you.”

Aside from sautéing spinach with olive oil and garlic, Cohen likes to grill it, something she does at her restaurant. “I like using vegetables in the parameters of the season, and grilling is a really great way to get out that intense flavor. Sometimes you need to put a grate down on the grill to keep the leaves from falling in. But then you just put some olive oil on the grill, pile up the spinach and sprinkle some salt on top of it.”

It’s a method that can be used to cook chard or any other green leafy vegetable, Cohen says.

But remember, when cooking spinach, much of the water evaporates (that happens even faster when grilling), so buy what looks like a lot — it’ll cook down to much less.

If grilling isn’t an option, Cohen recommends keeping things simple with a classic spinach salad, topped with hardboiled eggs, raw or cooked mushrooms and “the amazing sweet onions available at the farmer’s market right now.” Try topping that with a warm dressing made of olive oil, shallots, vinegar and lemon juice. “You can warm it on your stove for a few seconds or put it out on your balcony in New York City,” she jokes. She also loves the penne, chicken and spinach salad, which she shared with us below.

This is a really good meal for when you don’t want to work too hard! You can definitely grill the spinach the night before, and store it in your fridge.

2) Let a grill pre-heat until it’s really hot, then pile all of the spinach on it.

3) Once your spinach starts to steam (about a minute) flip it, cook for another minute and remove from grill.

4) In a large pan heat the remaining olive oil and then add the garlic.

5) Once the garlic starts to cook and becomes fragrant, add the tomatoes. As soon as the tomatoes are heated through (about two minutes) add the pasta and grilled spinach. If the mixture looks dry, add a bit of the pasta water.

6) Stir ingredients once or twice, remove from heat and mix in the feta.

7) Salt and pepper to taste.