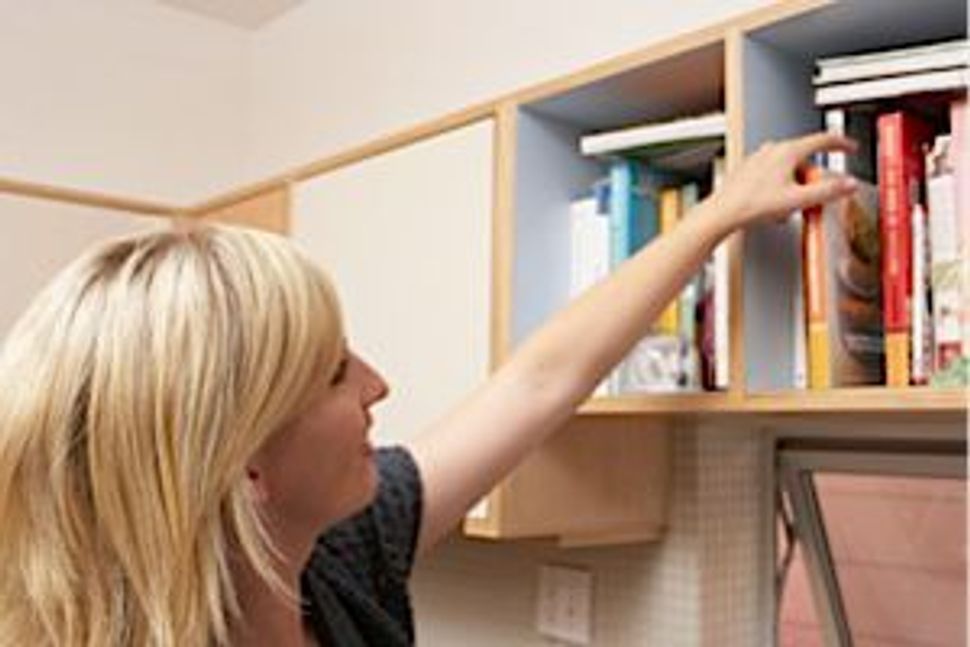 A new season means a new crop of cookbooks, and this fall’s set to be spectacular. Eater recently put up a two-part post with their top picks. From fresh spins on Jewish deli fare to Middle Eastern comfort food to new books by big names like Mark Bittman and Jacques Pepin, there’s plenty of volumes we can’t wait to tuck into. What books are you excited to add to your kitchen shelf? Tell us in the comments.

“The Mile End Cookbook: Redefining Jewish Comfort Food from Hash to Hamentaschen“ by Noah and Rae Bernamoff
Save yourself the trip to New York and recreate the nouveau-Jewish takes on classics from blintzes to tzimmes at home with the first book from the masterminds behind Mile End. For the extra-ambitious (or hungry) the book also breaks down the process for pickling, preserving, and smoking delicatessen staples.

“Jerusalem: A Cookbook” by Yottam Ottolenghi and Sami Tamimi
Just like the city itself, “Jerusalem” brings together a melting pot of cultures and tastes. In a beautifully-photographed collection, the authors mix their east- and west-side heritages to create colorful vegetarian dishes, rich, sweet desserts, and more.

“The Smitten Kitchen Cookbook“ by Deb Perelman Award-winning blogger and perennial fan favorite Deb Perelman puts out her debut collection at last. With the same eye for bright, appealing photographs and ear for friendly, encouraging instructions that made her website a hit, Perelman dishes up recipes for everything from cocktails to chocolate crepe cake.

“Jewish Cookery Book: On Principles of Economy” by Esther Levy and Joan Nathan This reissue of the classic, historical cookbook now comes with an introduction by Jewish culinary expert Joan Nathan. Originally published in 1871, the book covers maintaining a household, following Jewish dietary laws, and a variety of medicinal recipes in a kind of Jewish primer for immigrants living in America before the turn of the century.

“This is a Cookbook: Recipes for Real Life“ by Max and Eli Sussman
Brothers Max and Eli may be, respectively, the chef de cuisine at hip Brooklyn hotspot Roberta’s and a line cook at trendy Mile End, but don’t let their pedigrees fool you. This sophomore effort from the authors of “Freshman in the Kitchen” cuts out the fuss and frills for a no-excuses cookbook of simple and satisfying fare that’s friendly and only occasionally foulmouthed.

“The Mini Minimalist: Simple Recipes for Satisfying Meals“ by Mark Bittman
Bittman’s trademark flexibility and ease doesn’t compromise sophistication in this compendium of the best recipes from his New York Times cooking column, organized in four mini-volumes color-coded by type: Small Plates and Soups; Pasta, Pizza, and Grains; Meat, Fish, and Poultry; and Vegetables. In this case, the title (and the author) says it all: good food, done simply and well.

“Jacques Pepin New Complete Techniques“ by Jacques Pepin The master chef has updated and recompiled his classic how-tos from “La Methode” and “La Technique” in a single, indispensable volume. Whether you’re boning a chicken or carving a vegetable into a swan, the inimitable Pepin is there every step of the way.

“The Science of Good Cooking“ by the Editors of America’s Test Kitchen
The kitchen champions are back in pursuit of kitchen precision, putting 50 must-master methods to the test and engineering a book full of recipes that should prove scientifically sumptuous.