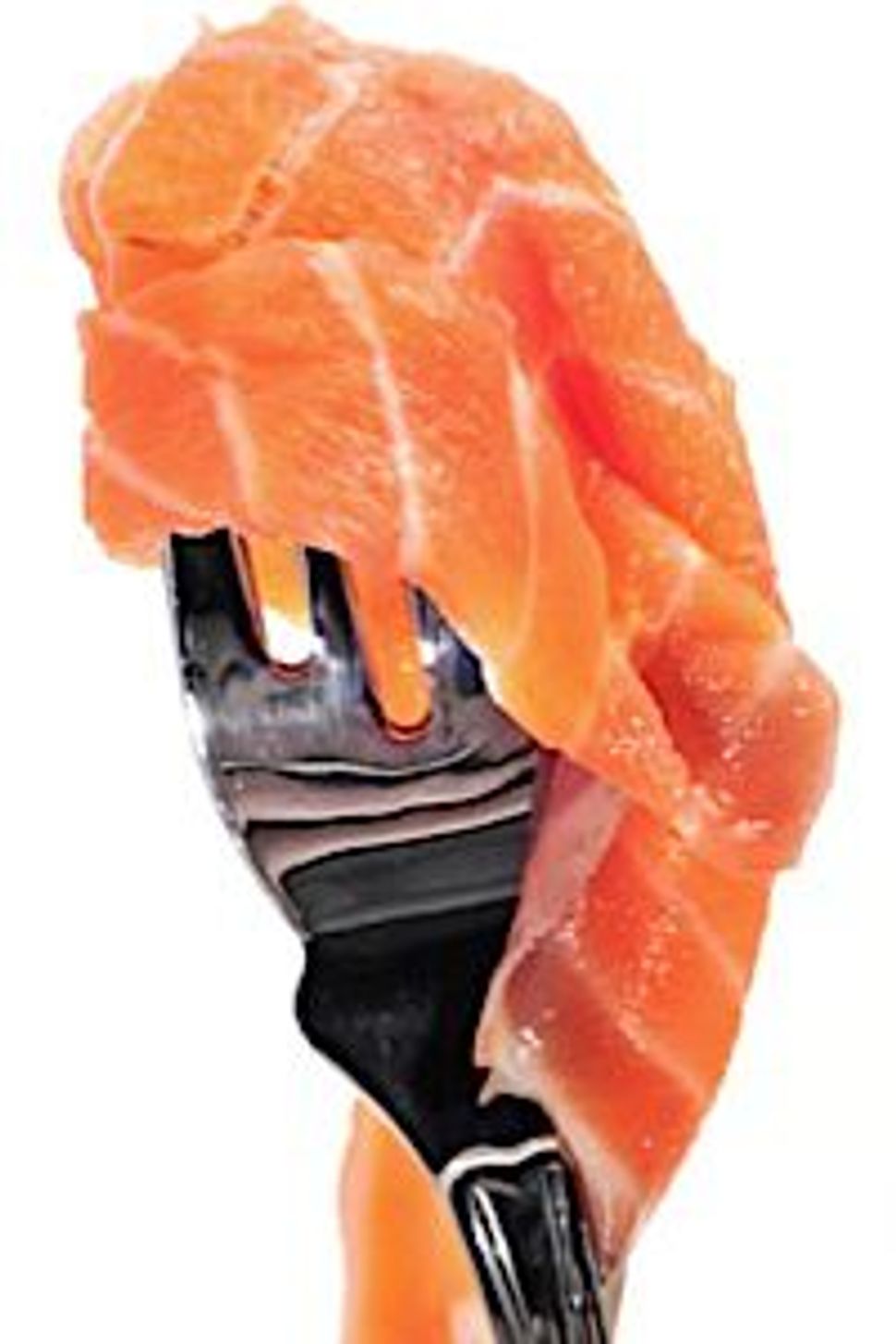 You may want to hold off on that lox to go with your bagel and schmear — at least until you can be sure that the smoked salmon was not produced by the Dutch company Foppen.

There has been a widespread salmonella food poisoning outbreak linked to Foppen’s lox, which is sold in the United States by Costco, under its Kirkland house brand. In response to notification on Monday of the outbreak by Foppen, Costco has removed all of the lox from its shelves and has blocked it from being scanned at its stores’ checkouts.

Although Costco hasn’t received direct reports from customers about food poisoning from the salmon or found any contamination in the samples of the product it has tested, the Centers for Disease Control and Prevention in Atlanta has learned that over 100 people in this country have been sickened from eating the lox. The numbers of affected people in The Netherlands so far is unclear, with reports ranging between 200 and 300. Thousands of people have been calling a product recall hotline set up by Foppen, and the Dutch Food and Consumer Product Safety Authority expects to hear of more cases of illness.

Foppen has traced the source of the outbreak to one of its factories in Greece. However, at this point, the company has not determined the exact cause of the infection of the fish

In the meantime, it might be best to play it safe by making your own gravlax, just be sure your fish is very fresh.