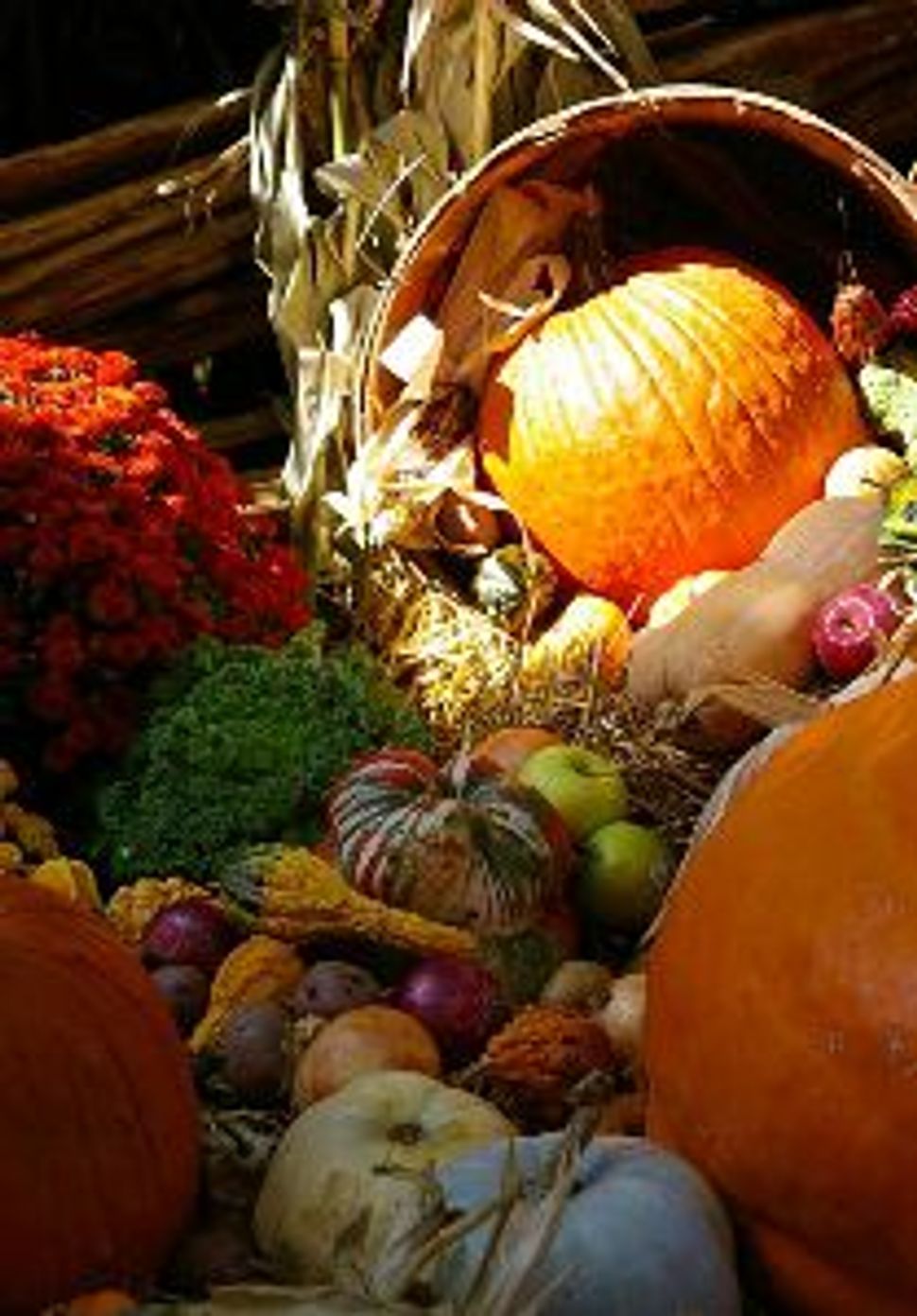 Growing up in a predominantly Jewish upper-middle class neighborhood of Toronto and attending Hebrew day school I didn’t know a single person who celebrated Thanksgiving. Naturally, I assumed that it was a Christian holiday.

I had learned the origins American Thanksgiving from TV. Canadian children are immersed in American culture well before we enter primary school. However, because TV Jews tended to celebrate holidays such as Christmas, this didn’t change my perception.

A Detroit native living in Toronto shared my observations. He was really surprised when he learned that Thanksgiving isn’t a tradition with most Canadian Jews.

One Toronto native grew up celebrating with apple picking, turkey and big family dinner. His theory is that the disparity between how Thanksgiving is celebrated in the two countries is due to its proximity to the high holidays. In Canada, Thanksgiving happens on the second Monday of October, so families have just had a month of festive meals together. In the U.S., there are six weeks in between the fall Jewish holidays and Thanksgiving. Some years, our Thanksgiving Day coincides with Sukkot. This year it coincided with Shmini Atzeret.

Finally, a Montreal native also pointed to the proximity of the high holidays, saying that they make Thanksgiving “rather irrelevant”. She surmised that if Canadian Thanksgiving happened another time of year, more Jews would celebrate it. She also referred to it as a “non-holiday”, an excuse for a long weekend in the fall. This is the conclusion I came to years ago.

However, this is not so in Western Canada, where the Jews celebrate Thanksgiving unless it actually coincides with one of the fall holidays. Here’s what research taught me:

On one foot: American Puritans modeled Thanksgiving after Sukkot as a harvest holiday. Canadians had their own Thanksgiving holiday but American influence made the holiday what it is today.

The first Canadian Thanksgiving was celebrated in 1578 after English explorer survived extreme weather conditions during an expedition to the Northwest Passage. A minister/preacher made a sermon that thanked god for their safe journey. Years later, from 1604 onward, French settlers held huge feasts of thanks. After the Seven Years’ War ended in 1763, with New France handed over to the British, the citizens of Halifax held a special day of Thanksgiving. It was observed beginning in 1799 but not every year. After the American Revolution, American refugees brought the customs and practices of the American Thanksgiving to Canada.

Thanksgiving was first observed as a civic holiday in April 1872, to celebrate the recovery of the Prince of Wales from a serious illness. Before it was declared a national holiday in 1879, Thanksgiving was celebrated in either late October or early November.

From 1879 onward, Thanksgiving Day has been observed every year. Initially it was celebrated on a Thursday in November. The date changed several times until 1957, when it was officially declared to be the second Monday in October. The theme of the Thanksgiving holiday also changed each year to reflect an important event to be thankful for. In its early years it was for an abundant harvest and occasionally for a special anniversary.

As a religious festival, Thanksgiving corresponds to the English and continental European Harvest festival. Like a sukkah, churches are decorated with cornucopias, pumpkins, corn, wheat sheaves, and other harvest bounty. Both Thanksgiving and Sukkot are festivals of giving thanks to god, the giver of the fall harvest. Church hymns are derived from Old Testament stories related to Sukkot.

In an introduction to its two suggested menus for Thanksgiving, the cookbook California Kosher (1991) notes that Thanksgiving is another expression of the recurring Jewish theme, with its emphasis on family, home, wonderful food and gratitude for our blessings.

Sounds pretty Jewish to me!

Andrea Toole is a freelance writer, a long time reader of The Jew and the Carrot and writes the food blog, Andrea the Gastronaut.