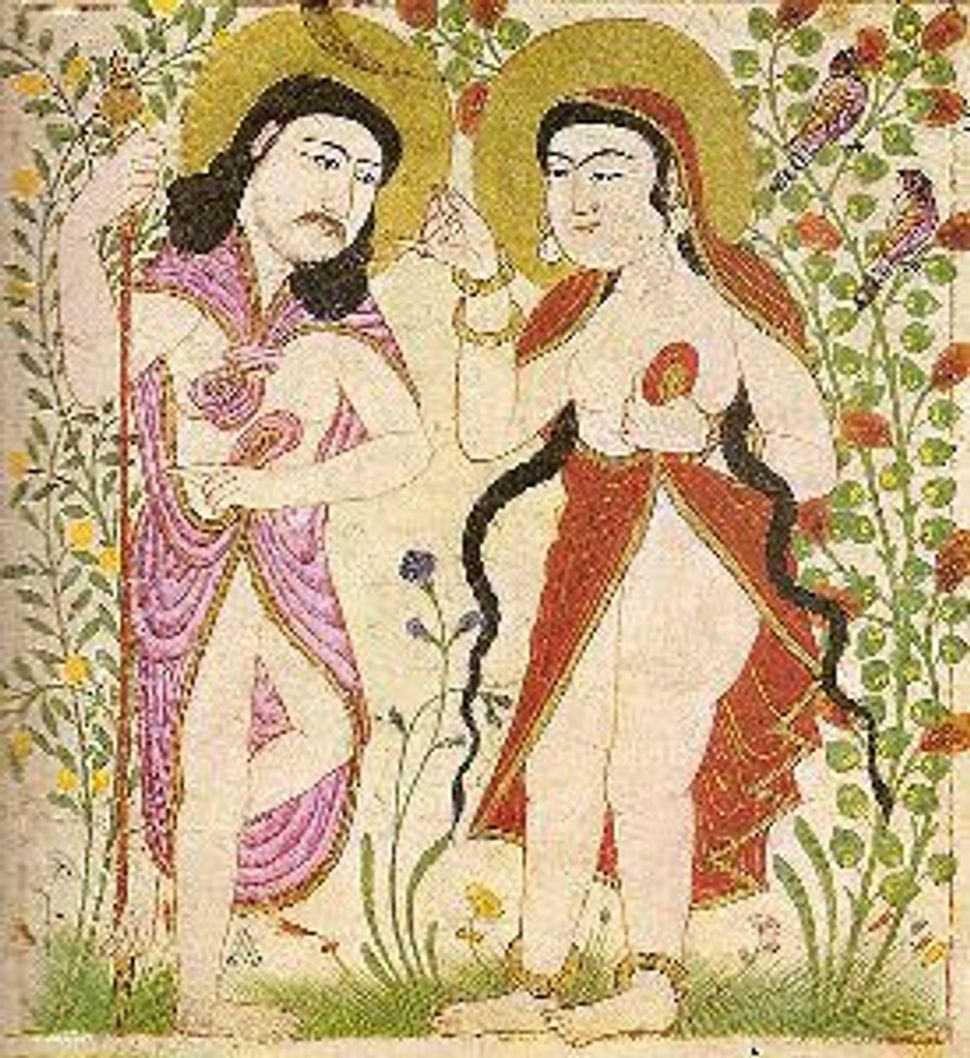 The next shmitta (sabbatical) year is two years away. At Hazon we’re gearing up for it already by doing some weekly learning on the topic with Rabbi Ari Hart, and recently, a look at some of our foundation stories in the Torah – Adam and Eve, Cain and Abel in particular – led us to unexpected realizations.

Such as: What if Jewish tradition sees farming as a lower, compromised, even “exiled” state? And what is the point of a cycle – whether it is seven days of Shabbat and the week, or seven years of a Sabbatical year cycle – if they keep simply repeating themselves?

For a roomful of Jewish foodie who have in some way embraced the Jewish farmer fetishes that farming and growing food is a way to truly connect to the land, the seasons, to God, and gratitude, etc., these Bible stories were a little disconcerting. Farming = exile? How so? Where does that leave our vision of an ideal relationship between people, land, and God?

Turns out learning about shmitta offered some clues. The connection between shmitta, farming, and the Bereishit blockbuster stories is hinted at in a verse in Pirkei Avot (ethics of the fathers) that explains that the reason the Jewish people have faced exile is because of their failure to observe the laws of Shmitta (5:11). By inverting the logic of this statement, we can learn that the way Shmitta looks and feels is probably a lot like what redemption looks and feels like.

There are a few slightly different descriptions of Shmitta in the Torah, but some broad themes emerge that tell us what this redemption/non-exiled year will look like:

First, we’ll eat fruit that grows on trees, and anything else that grows wild – no cultivating. Back to hunter-gatherer mode, folks.

Second, no fences and no private property. All gates are opened and people and animals can come and go as they please.

Third, there is an element of social justice: the poor will be accounted for, the members of our household and extended household, the less fortunate in society – everyone will be taken care of in a Shmitta year.

Sounds good, right? Sounds also, remarkably, like the world of the Garden of Eden (where it was pretty easy for Adam and Eve to pick fruit, if you’ll recall) and the pre-farming nomadic herdsmen society of their unfortunate son, Abel.

Interestingly, our forefathers’ various and sundry foibles lead them to fall in ways that create a world entirely opposite from this state of Shmitta. Adam and Eve are punished with hard labor to grow food. Cain asks, “am I my brother’s keeper” – the paragon of lack of care and responsibility for others, and ultimately settles in a city where his descendants make tools of copper and iron. The link between fences and cities has a few steps to it, involving agricultural surplus and private property, but the Torah’s bias is made clear: “Surely, if you do right there is uplift. But if you do not do right, sin crouches at the door.” Farming isn’t ALL bad, but all kinds of things that go with farming – jealousy, greed, private property – make it a slippery slope to bad should you happen to misstep.

So we live in a broken world, where we work hard for our food, amass private property and aren’t always great about caring for the needs of others. Exile. And then every seven years, we have Shmitta, where we’re supposed to do the opposite of all these things. But the kicker is – it’s only a year. Year 8 (or year 1) we’re back again to the social systems of the previous 6 – where does this cycle get us?

Thinking in terms of seven years is hard to get my head around, but let’s take Shabbat for a minute. Is the goal of Shabbat that the rest of the week should eventually be more like Shabbat? Is the goal of the rest of the week to do as much “work” as we can before that one day when we can’t work? One person in the class brought up the good point that you can’t keep Shabbat if you decide to do so 5 minutes before sundown on Friday afternoon – that is, planning for the rhythm of Shabbat is something that has to permeate the whole week. Menu and invitations on Sunday. Shopping on Monday. Cooking on Thursday and so on. So even though we’re not in a state of making the week more and more like Shabbat, it’s part of the week because it’s on our minds and we’re preparing for it.

Shmitta could be similar. A year of plucking ripe fruit and living in harmony with neighbors (not to mention remitting debts and landholdings) sounds euphoric and messianic – but nice as that year is, it’s the planning through all the other years that will make that year possible. And for the rabbis to say that our exile was caused by failure to observe shmitta, they seem to be saying that we lose something as a society by not having shmitta consciousness every year, shmitta year or not.

I’ve read Jared Diamond’s article about how Agriculture was the worst mistake of humankind, and I understand the way agriculture has compromised human health, freedom and society—which seems to be the point that the Torah is getting at with our friends Adam, Eve and Cain. But it’s also the system we have now, and within it I still cling to the power of intentional farming to redeem. How we do that, and how we work together to do that, is the next question.

Anna Hanau is the Associate Director of Food Programs at Hazon, and co-authored “Food for Thought, Hazon’s Sourcebook on Jews, Food and Contemporary Life.” She and her husband Naf Hanau founded a kosher pastured meat business called Grow and Behold Foods in summer 2010, and she keeps a flock of chickens in her backyard in Brooklyn. In accordance with Hazon’s conflict of interest policy, Anna does not work on Hazon’s meat or meat-related projects